Rainbows and Victory for Thunder, Camarena 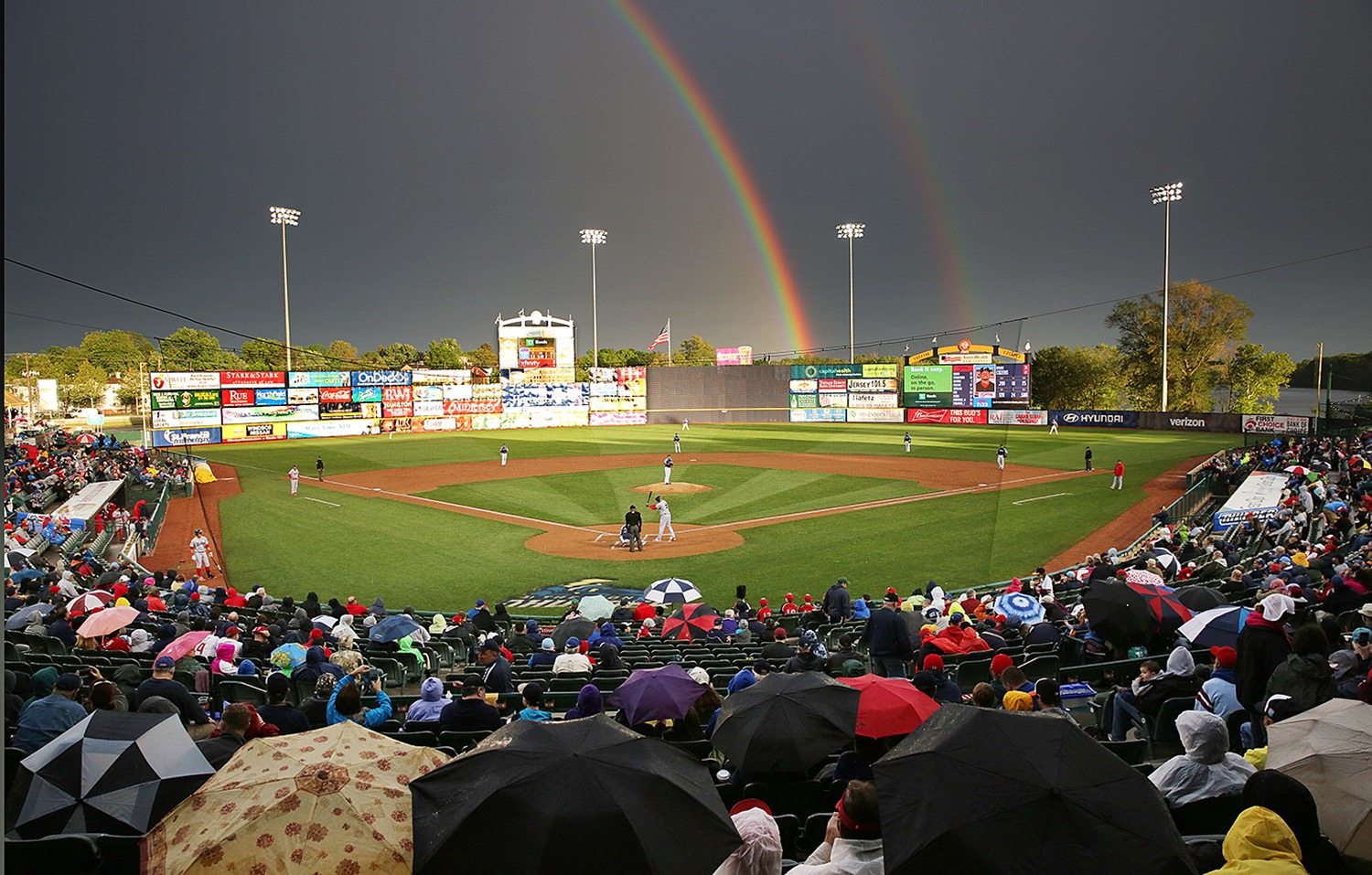 TRENTON, NJ – Three different Thunder players drove in two runs to lead the Thunder to a 7-2 victory over the Reading Fightin Phils in front of 7,068 fans at ARM & HAMMER Park Saturday night.

The Thunder offense got rolling early with three runs in their half of the first inning. Tyler Wade led off with a single and Dustin Fowler followed him with a base hit of his own. Tyler Austin drove in Wade with a single to take a 1-0 lead. After Lane Adams flew out and Kyle Higashioka walked, Sebastian Valle doubled in two runs to grab a 3-0 advantage.

Dustin Fowler added to the lead with with an RBI single in the fifth and Austin doubled him in with a shot down the left field line to make it a 5-0 lead.

Reading scratched out single runs in the seventh and ninth inning, however, Higashioka put the game away with a long two-run home run in the bottom of the eighth. It was Higashioka’s first home run at home this season.

Every Thunder batter except for Dante Bichette Jr. recorded a hit in the game, led by a three-hit night from Tyler Wade. Fowler added his second straight multi-hit game on Saturday night.

Your Thunder will look to take the series on Sunday afternoon against the Fightin Phils on Sunday afternoon at 1pm. RHP Matt Wotherspoon will start for the Thunder, RHP Ben Lively will go for Reading. The first 1,000 fans, ages 5-15, will receive Boomer’s Growth Charts presented by PHS/CHOP as part of Boomer’s Birthday. Tickets are available by phone at 609-394-3300 or online at TrentonThunder.c