RallyDogs Hit the Gas, Storm Back to Beat Drive 12-9 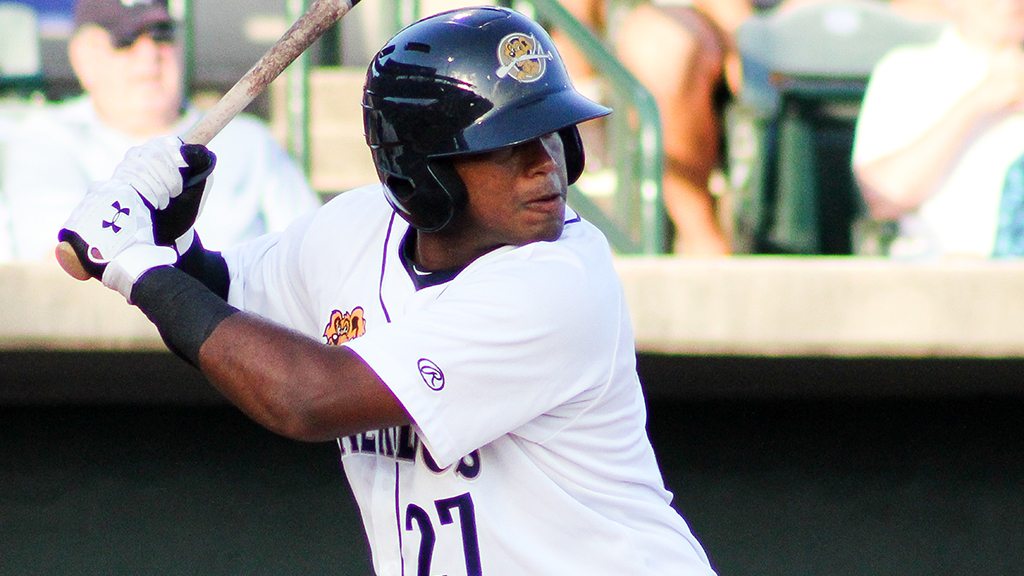 GREENVILLE, S.C. — The Charleston RiverDogs trailed the Greenville Drive by five runs in the eighth, but plated 10 runs over the final two innings and took home the come-from-behind 12-9 win Sunday afternoon at Fluor Field at the West End.

Charleston (1-2 in the second half, 35-38 overall) trailed 7-2 heading into the top of the eighth before its rally got fired up. Ryan Lindemuth led off the frame with a base hit, Angel Aguilar was hit by a pitch, and Isaias Tejeda walked to load the bases. Chris Breen lifted a fly ball into center field that was dropped by Bryan Hudson and Lindemuth scored. Alexander Palma followed with a grand slam to left-center field and tied the game 7-7.

The RiverDogs took their first lead of the series later in the eighth. Bo Thompson walked, reached third on a sacrifice bunt and a ground out, and then scored on a passed ball by the catcher David Sopilka. All nine batters came to the plate for Charleston in the six-run inning.

Greenville (2-1, 40-33) wasted no time tying the game up again in the next half inning. Yoan Moncada hit a two-out double to left, and Joseph Monge scored. Moncada was stranded on second as Deiner Lopez flew out to right.

Lindemuth began the top of the ninth by blasting a solo home run over the left field wall, his first big fly of the season and second of his career. Austin Aune followed with a single and scored on an RBI double by Breen. Breen crossed home when Derek Toadvine grounded into a fielder’s choice with the bases loaded to extend the RiverDogs’ lead to 11-8. Rainiero Coa added another insurance run with an RBI infield single. Charleston sent nine men to the plate once again for the second time in the game.

Greenville put runners on second and third in the bottom of the ninth. Monge hit an RBI single on a ground ball to right field. Joey Maher worked around the base hit and struck out Hudson to end the game. Philip Walby (1-0) pitched the seventh and eighth in relief to earn his first win as a RiverDog. Carlos Pinales (3-2) gave up all four runs in the ninth and took the loss.

The Drive got on the board early on a sacrifice fly by Nick Longhi in the first. All nine batters came to the plate in the fifth for Greenville, as they scored five runs with two outs in the frame and increased their lead to 6-0. Rafael Devers hit a double with the bases loaded to drive in three. Devers scored on a passed ball, and Mike Meyers hit an RBI double later in the inning.

The RiverDogs’ offense came to life in the top of the sixth. Lindemuth drew a one-out walk, Aguilar doubled to left, and Tejeda drove in Lindemuth with a ground out to short. Breen followed with an RBI single to bring home Aguilar and make it 6-2 Greenville.

COMING UP: The RiverDogs wrap up their five-game series against Greenville with a doubleheader Monday beginning at 4:05 p.m. Both games will last seven innings. Charleston will send RHP Jordan Foley (1-2, 3.77 ERA) to the mound against LHP Dedgar Jimenez (5-3, 3.59 ERA) for the Drive in the first game. Then, RHP Matt Marsh (1-1, 0.98 ERA) will get the start for the RiverDogs in the series finale. You can listen to the action on “The Big Talker” 1250 WTMA, WTMA.com, and RiverDogs.com.