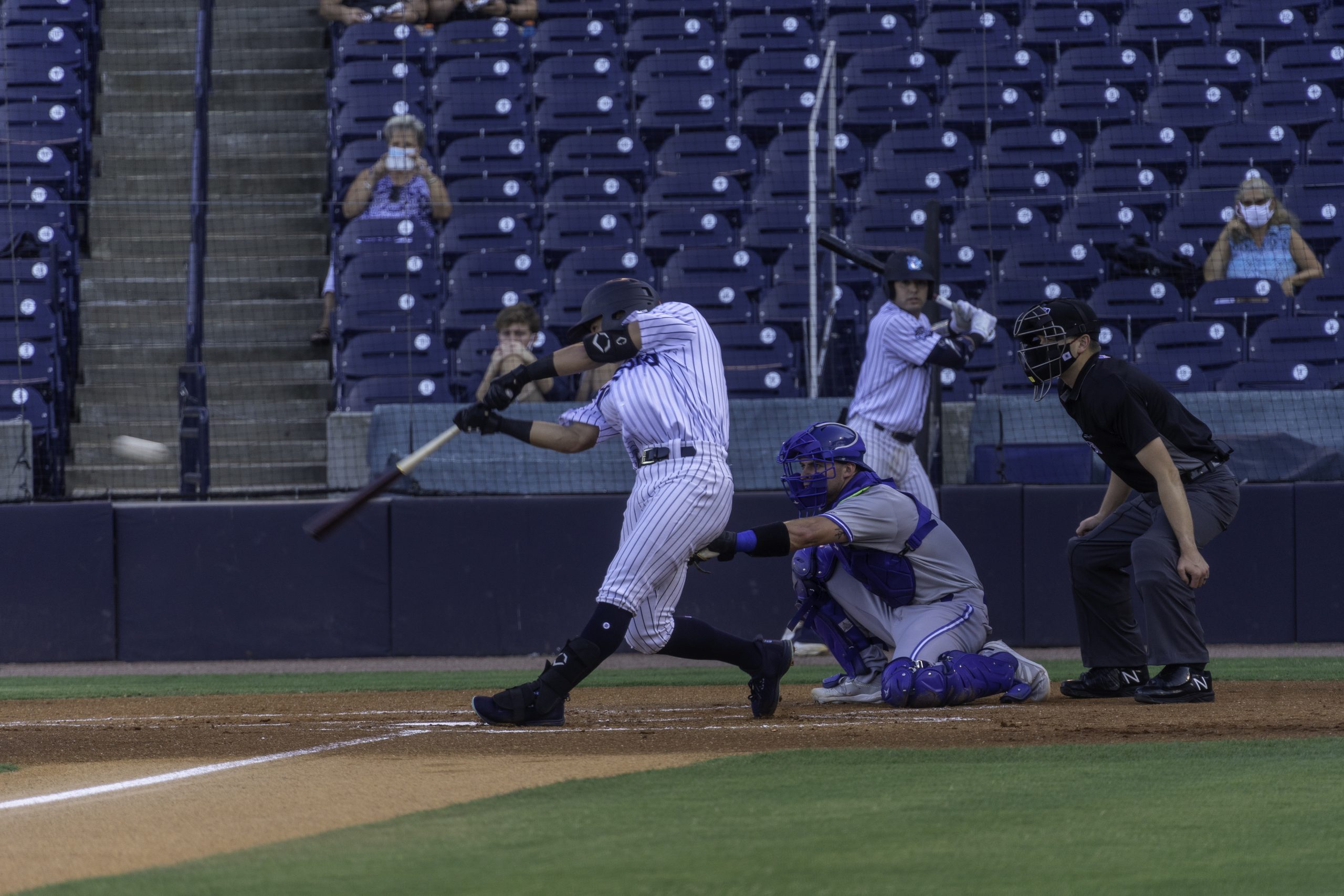 The Tampa Tarpons had about as hot of a start that a team can have, scoring 78 runs in the first six games. Trevor Hauver, Pat DeMarco and Jake Sanford are early standouts as they accounted for 31 of the runs scored. All three batters show good power early and the ability to get the ball in key places to drive in runners. The entire Tarpons offense is to be commended though for multiple comebacks throughout the series.

Friday’s 25-10 showing will be hard to beat this year in many regards. The Tarpons scored at least 2 runs in seven of the eight innings they came to the plate. The game also went 4:37 in length given how many men came to the plate. Saturday’s game is most notable as Tampa came back from a 9-5 deficit with a seven-run-fifth inning.

My stars for the week were second baseman Trevor Hauver and right-hander Sean Boyle. Hauver had a stand-out week unheard of at this level of ball. Driving in 13 RBIs in 18 at-bats is an insane stat to even think about. He had easily the best week in pro baseball as one could have. A batting average of .556 and OPS of 2.265 are just unheard of, especially in Low-A. A modern comparison would be with Mike Trout; his lifetime OPS thus far is 1.0009. Granted, this is an incredibly young season, If Hauver stays on this pace, he will have hit 50+ HRs and over 100 RBIs. Hauver made his pro debut on Opening Day in Tampa and has shown why he is one of the Yankees’ top prospects. Already, Hauver has more home runs (6) in the past 5 games with Tampa than he had in the abbreviated 2020 season at Arizona State (5 HR’s in 17 games).

Hauver has had some defensive challenges at 2nd, which I think may hold him back a little, including two errors (one fielding and one throwing). Hauver was a utility outfielder at ASU, so the Yankees must see something in him to put him at 2nd. I expect he will see High-A Hudson Valley before the end of July, if not sooner depending on his defensive skills.

Boyle had an excellent two outings in the past series, going four innings and only giving up a hit and an unearned run in the first game. He showed good control for this level and should move quickly through the rungs of the farm system if he can prove himself through a few more weeks of play. In 2019, Boyle pitched for Rookie-level Pulaski and Short-Season Staten Island and gave up 14 earned runs in 39 innings pitched. With the lost MiLB season in 2020 as a result of the pandemic, many players worked to improve their stuff and it appears that is the case here too. Boyle should be one to watch as the season progresses.

The Tarpons pitching struggled throughout the series though, with control being the primary issue. They may have scored the most runs out of the Low A-Southeast teams, but also gave up the most runs of the winning teams.

Most of the balls that were hit were right in the batter’s sweet spot; most pitchers don’t paint the corners (although admittedly that may be more difficult to accomplish with the ABS system being tested). Instead, most of the balls thrown were high, low or outside. I think the ABS system will cause some grief throughout the season, especially with fans. In the home opener, there were more jeers at the poor umpiring than in seasons past. Unfortunately, I don’t think a lot of fans are familiar with the trial that MLB is doing in the Low A-Southeast.

Tampa begins a six-game road series with the Lakeland Flying Tigers on Tuesday. Lakeland went 3-3 at Clearwater in the opening series of the 2021 season. The Tarpons should expect to face Gio Arriera in the home opener in Lakeland on Tuesday. The Hialeah, FL native pitched 3 innings against Clearwater and gave up three runs on six hits with two strikeouts and a walk. Lakeland has a good middle-of-the-lineup and former West Michigan Whitecap shortstop Wenceel Perez seems to be the stand-out batter early. Perez is batting .350 with 20 ABs. Notably, reliever Adam Wolf pitched 6 innings between two games and only has one earned run against him.

The 5-1 Tarpons should have Randy Vasquez take the mound at Publix Field at Joker Marchant Stadium on Tuesday. Vasquez had a good start this past Wednesday, giving up a solo home run on two hits and he walked one in 3.1 innings pitched. Vasquez, a former Pulaski Yankee, had a 3.21 ERA in 54.2 IP in 2019. Vasquez shows better control than other pitchers on the staff  and was hitless through 3 innings before giving up a home run and a single in the last wednesday 4th .

Next home series: The Tarpons play at George M. Steinbrenner Field in Tampa again on May 18th at 6:30 PM against the Ft. Myers Mighty Mussels for another 6-day series.