Refsnyder Knows What He Has to Do in Scranton 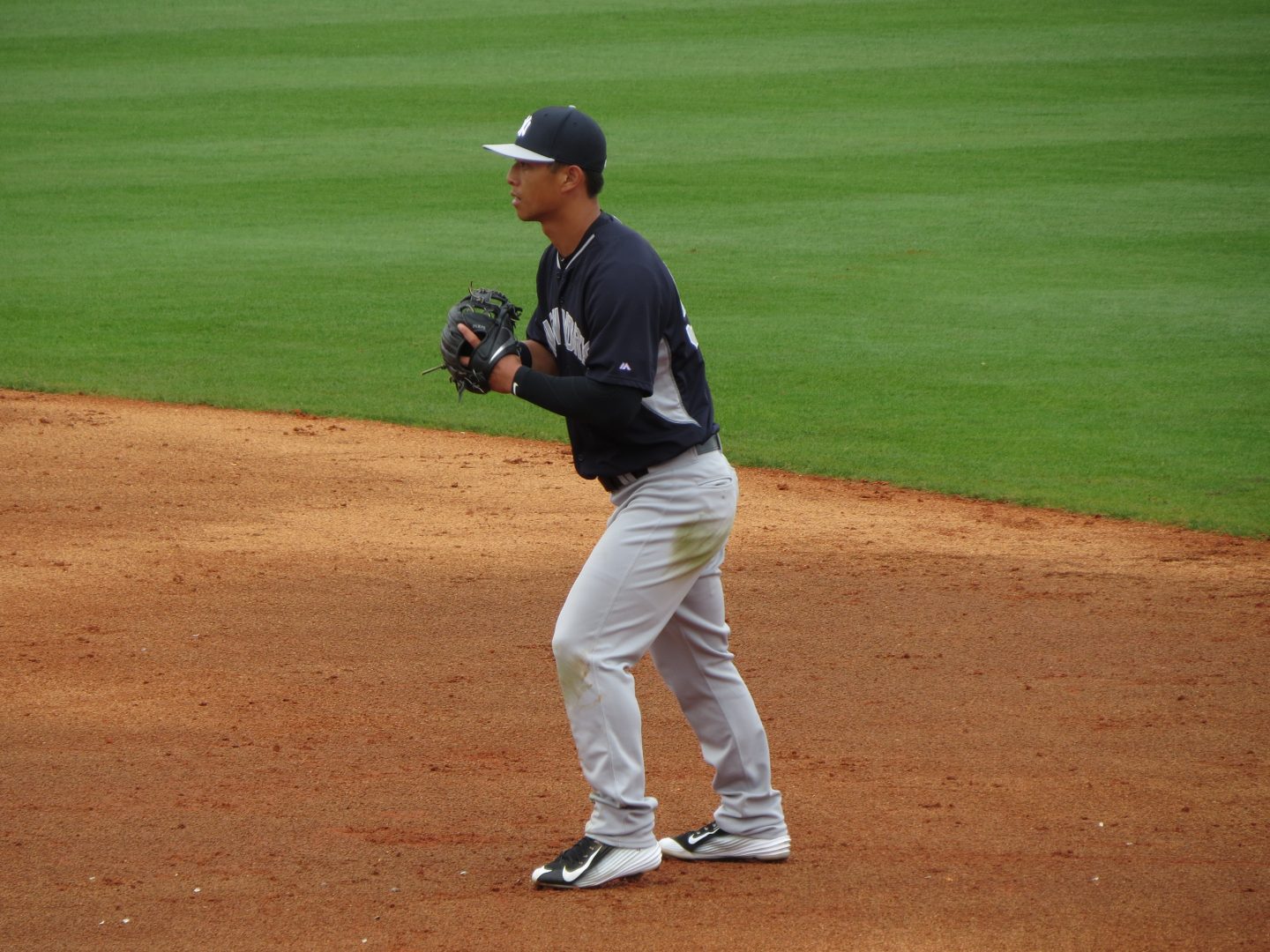 The Yankees want Rob Refsnyder to master third base in Scranton.

He is the cause of more debate among Yankees fans than anyone except, perhaps, C.C. Sabathia.

He’s also the cause of more Twitter verbiage than any other Yankees prospect. Strong words are professed in 140-character mini-essays between his supporters and detractors.

He hasn’t hit like that since, but he has proven he has an excellent bat with a great swing and line-drive power.

“Rob got real comfortable at the plate when he was in Trenton in 2014,” said Pulaski manager Tony Franklin, who had Refsnyder in his eighth and final season in Trenton then. “Guys get into that zone. It’s fun to see.”

The 6-foot, 200-pound native of Seoul, South Korea, put together an OPS of .884 in 2014 and, on Twitter and a few places elsewhere, became a legend. But there is a lingering problem. Refsnyder’s defense is not major-league quality. In other words, his bat is Division I, his glove Division III.

The Yankees, because of that bat, have given Refsnyder every chance to make the big club. Last spring, it was six errors in 44 Grapefruit League chances. This spring, the Yankees tried him at third base, which the player felt he was more comfortable at than second, but the fielding issues continued.

So, as the Yankees head north for Opening Day Monday vs, the Houston Astros, Starlin Castro, just a year older than Refsnyder, but much more experienced, is the club’s second baseman, Refsnyder is headed back to Scranton and the Yankees are looking for someone to back up Chase Headley.

Refsnyder’s supporters will say he hit .302 (11-for-46) in 16 games with the Yankees. Again, the bat is not the issue. The glove is. Players have made the transition from the outfield to second base – Kelly Johnson with the Atlanta Braves several years ago comes to mind – but Refsnyder did not.

The move to third for him makes sense. Refsnyder, who hit .271 (122-for-522) in 117 games with the RailRiders in 2015, will play third base there to start the season. The Yankees, from general manager Brian Cashman on down, are hoping he can master the position and become a valuable member of the Yankees’ 25-man roster.

Everyone does want Refsnyder to succeed. He needs to go to Scranton and take grounder after grounder at third base, get comfortable and become confident at the position. If he accomplishes that, he will become both a compete player and have everyone behind him.

Refsnyder’s challenges show just how good, overall, you have to be to become a major-league regular. It’s hard and, as mentioned in the movie Field of Dreams, “It’s supposed to be hard.”

How good a player can Refsnyder be? Likely not the legend he was made out to be after his incredible offensive season in 2014, but certainly one who could be valuable.

He just has to apply himself in “finishing school” in Moosic in 2016.