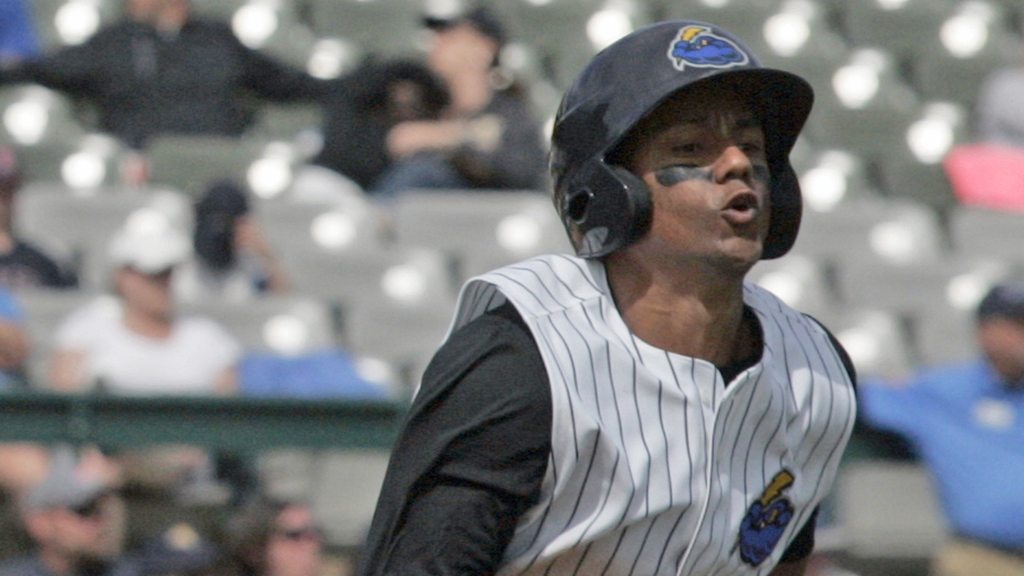 Jose Rosario was 3-for-3 in the Trenton Thunder's loss Tuesday night.

TRENTON, N,J. – Rehabbing Colorado Rockies 1B Justin Morneau drove in five over the final three innings to lead the New Britain Rock Cats to a 7-1 victory over the Thunder on Tuesday night at ARM & HAMMER Park.

Thunder starter Cale Coshow suffered his second loss of the season by surrendering two runs, one earned, on five hits and a pair of walks on Tuesday night. Coshow left the game trailing 2-0 and struck out five.

Morneau struck for a three-run home run in the top of the seventh off Luis Niebla and added a two-run double in the top of the ninth to take the 7-1 advantage for the visitors. On his rehab assignment, Morneau is 9-for-18 with three home runs and nine runs driven in with the Rock Cats.

Morneau’s strong performance overshadowed a 3-for-3 night at the plate by Jose Rosario. Rosario accounted for the only run by the Thunder offense on Tuesday night when he tripled to lead off the bottom of the sixth inning and scored on Billy Fleming’s sacrifice fly to right field.

At the time it brought the Thunder within a run of the lead, however, Harrison Musgrave finished off a second strong pitching performance by a Rock Cats starter with seven innings of one-run ball. Musgrave struck out seven and improved to 3-3 on the season.

Your Thunder will play game three of their series with New Britain on Wednesday night. It’s Football Night at ARM & HAMMER Park where all fans are encouraged to wear the jersey of their favorite team to the game and the first 1,000 fans, ages six and up, will receive deflated footballs. The Thunder will send RHP Jaron Long (3-6, 3.47) to the mound, New Britain will start RHP Matt Flemer (7-10, 3.34). Listen live to Thunder baseball on 91.3 WTSR and online at Trentonthunder.com beginning at 6:40 p.m.