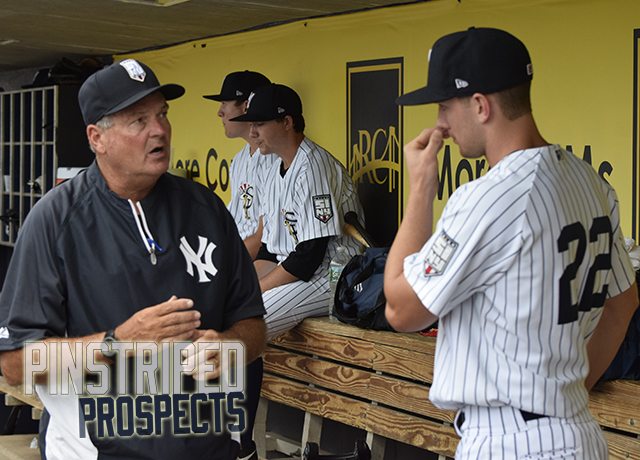 Yesterday it was reported by multiple sources that New York Yankees Director of Player Development Gary Denbo would be heading to the Miami Marlins to work for long-time friend and mentee Derek Jeter.  With that, the Yankees are left with a huge hole to fill at the top of their player development department, and some big shoes to fill.

Denbo took over as the head of the department in 2015, replacing Mark Newman, and has presided over one of the most significant turnarounds in baseball history.  The Yankees were never one to shy away from talent, but they struggled with developing that talent into solid MLB contributors, but under Denbo that all changed.

With Denbo in charge, the Yankees were able to produce guys like Gary Sanchez, Aaron Judge, Luis Severino and more.  So, the question is who will replace him? Let’s take a look at some of the options they have internally.