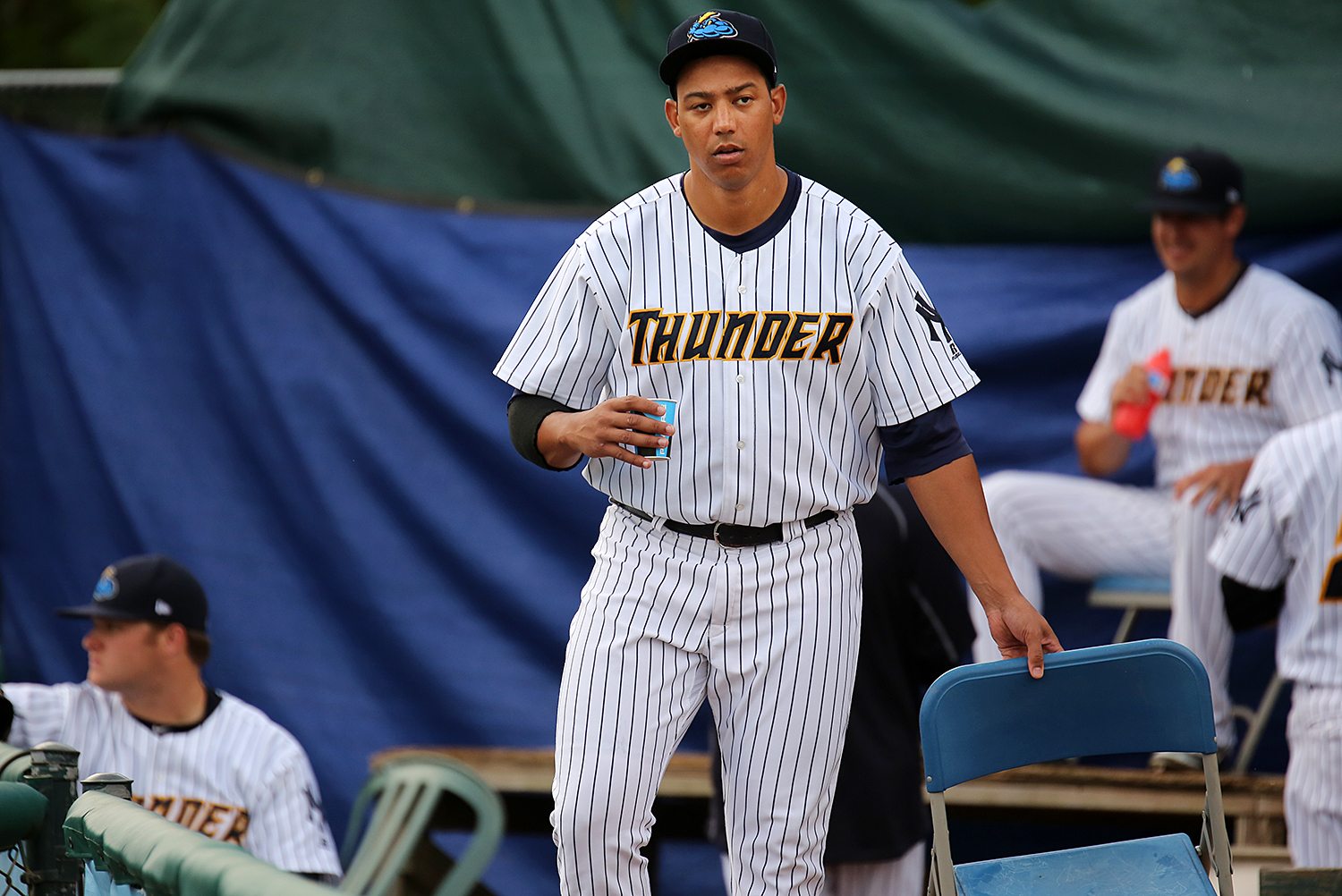 Trenton Thunder pitcher Tyler Jones before a game against the Reading Phillies at ARM & HAMMER Park in Trenton on Saturday, July 16, 2016. Photo by Martin Griff

Jones was initially selected by the Minnesota Twins in the 11th round of the Major League Baseball First-Year Player Draft back in 2011 out of Louisiana State University.

Expect Jones to join the Scranton/Wilkes-Barre RailRiders to begin the 2017 campaign.