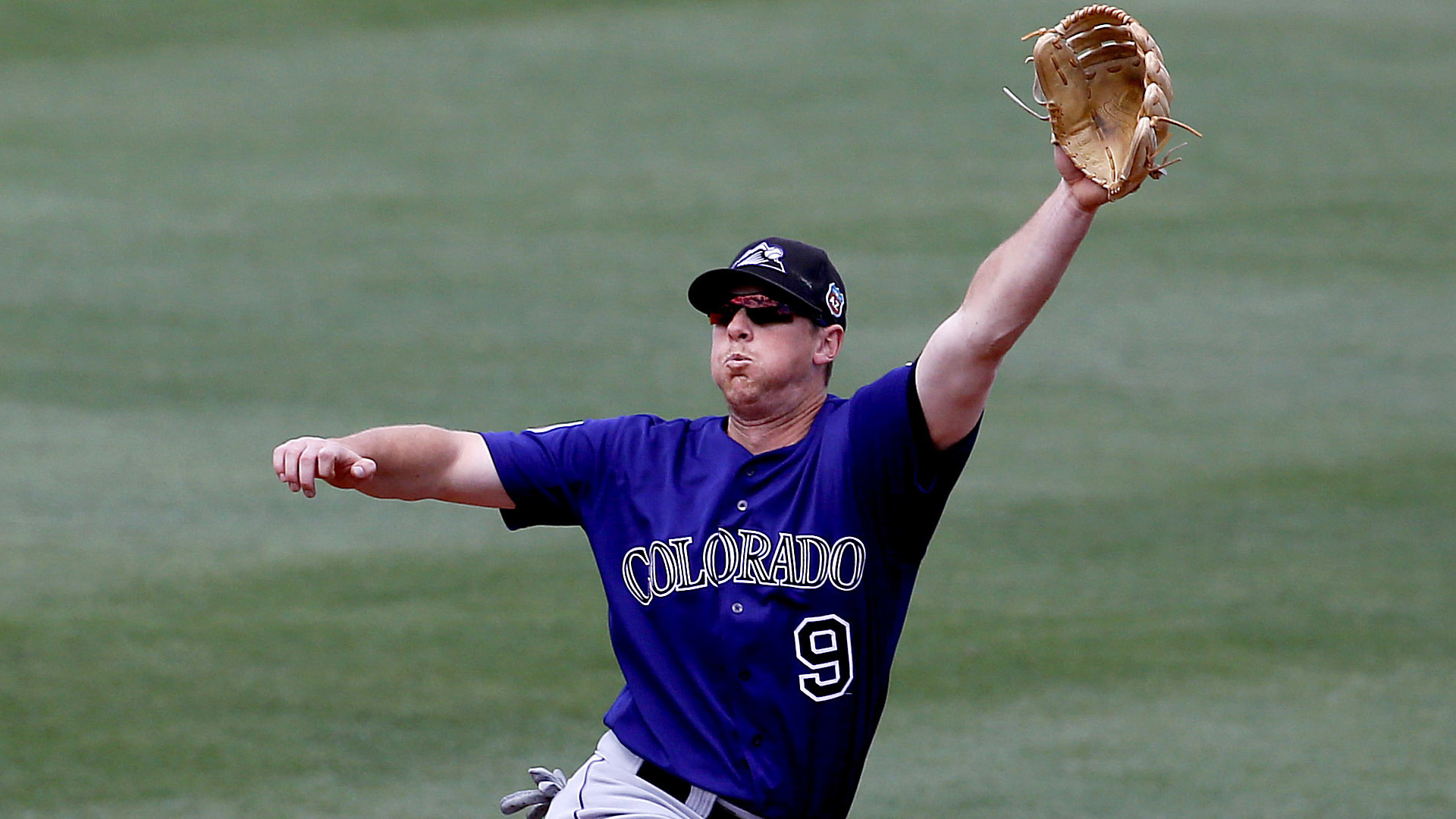 All offseason long, the talk around the New York Yankees was that they would sign free agent Manny Machado to help their infield. Instead, they signed Troy Tulowitzki and they made a surprise reported signing on Friday. Jack Curry of the YES Network was the first to report that the Yankees were close to signing former Rockies’ infielder, DJ LeMahieu to a two-year deal:

Yankees are closing in on a two-year deal with infielder DJ LeMahieu,

As for the financials of the deal, Ken Rosenthal of FOX Sports, MLB Network, and The Athletic tweeted that the deal, which is pending a physical, is worth $24 million, which is slightly more than the $20 million the New York Mets gave Jed Lowrie for two years on Thursday:

2018 was a little bit of a down year for LeMahieu by his standards. His batting average went down to .276 and his on-base percentage was at .321. However, he had a career-high 15 home runs, had his fourth straight season of driving in 60 or more runs (62), and won his second Gold Glove of his career.

Anytime that a team signs a free agent that used to play in Coors Field, people will always look at the home/road splits to see if he can handle not hitting in the high altitude. Well, that hasn’t been the case for LeMahieu as he hit only .229 on the road last year. With that being said, 11 of his 15 home runs came away from Coors.

With this reported signing, it doesn’t sound like the Yankees will be signing Machado or any big ticket position player free agents this winter. However, they do add more versatility to the infield as LeMahieu can play second base, third base, shortstop, and first base. Curry also reported the Yankees plan to use him all over the diamond:

The Yankees plan to use LeMahieu as a versatile player around the infield. They will use him at second base, first base and third base.

It will be interesting to see how the Yankees use LeMahieu as a utility player around the diamond. The question will be how much he is used at a position other than second base since he’s only played the other infield positions a total of 49 times.

At the plate, he is going to be a player that doesn’t strike out a lot, which the team needed in their lineup. He has struck out less than 100 times in four of the last five seasons.

While it is not a flashy signing, the Yankees did get better with this move as they had a Gold Glove defender and a strong contact hitter on a short-term deal. It is another right-handed bat, but he does strengthen an already potent lineup.