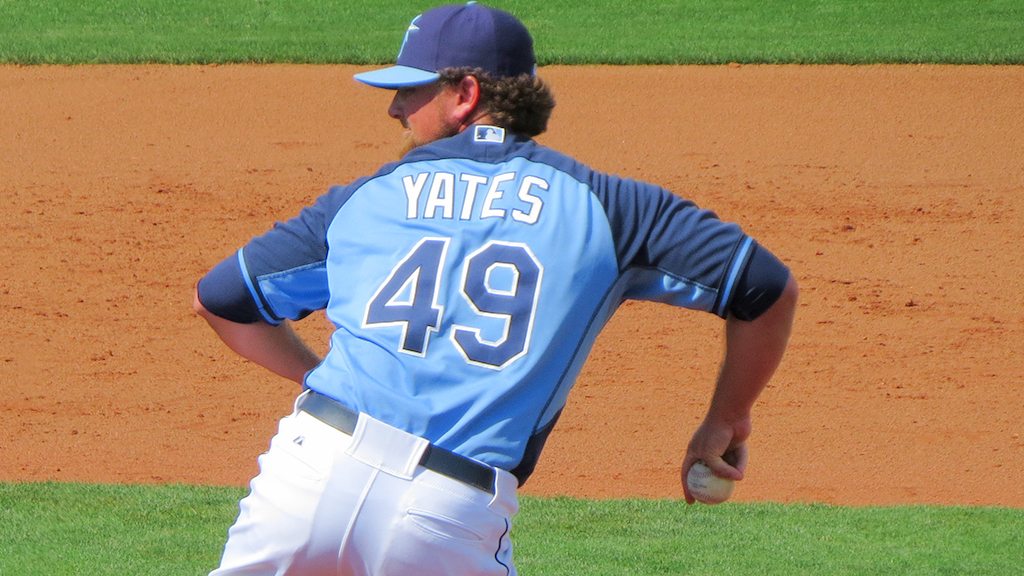 The Yankees per Jack Curry’s report, have purchased the contract of right-handed reliever Kirby Yates from the Cleveland Indians.

Yates will provide the Yankees with more options to an area that already enjoys depth. He spent the past two seasons pitching out of the bullpen for the Tampa Bay Rays, before being purchased by the Indians in November of 2015.

The righty’s repertoire includes a fastball, curve, slider and change up. With a big strikeout rate, he certainly fits the team’s reliever profile in recent years.

The move comes with the addition to the 40-man roster and will come with an invitation to big league camp in spring training. This acquisition provides the team with a low risk and high reward scenario. If he pitches well great, if not it only cost the team cash to acquire him.