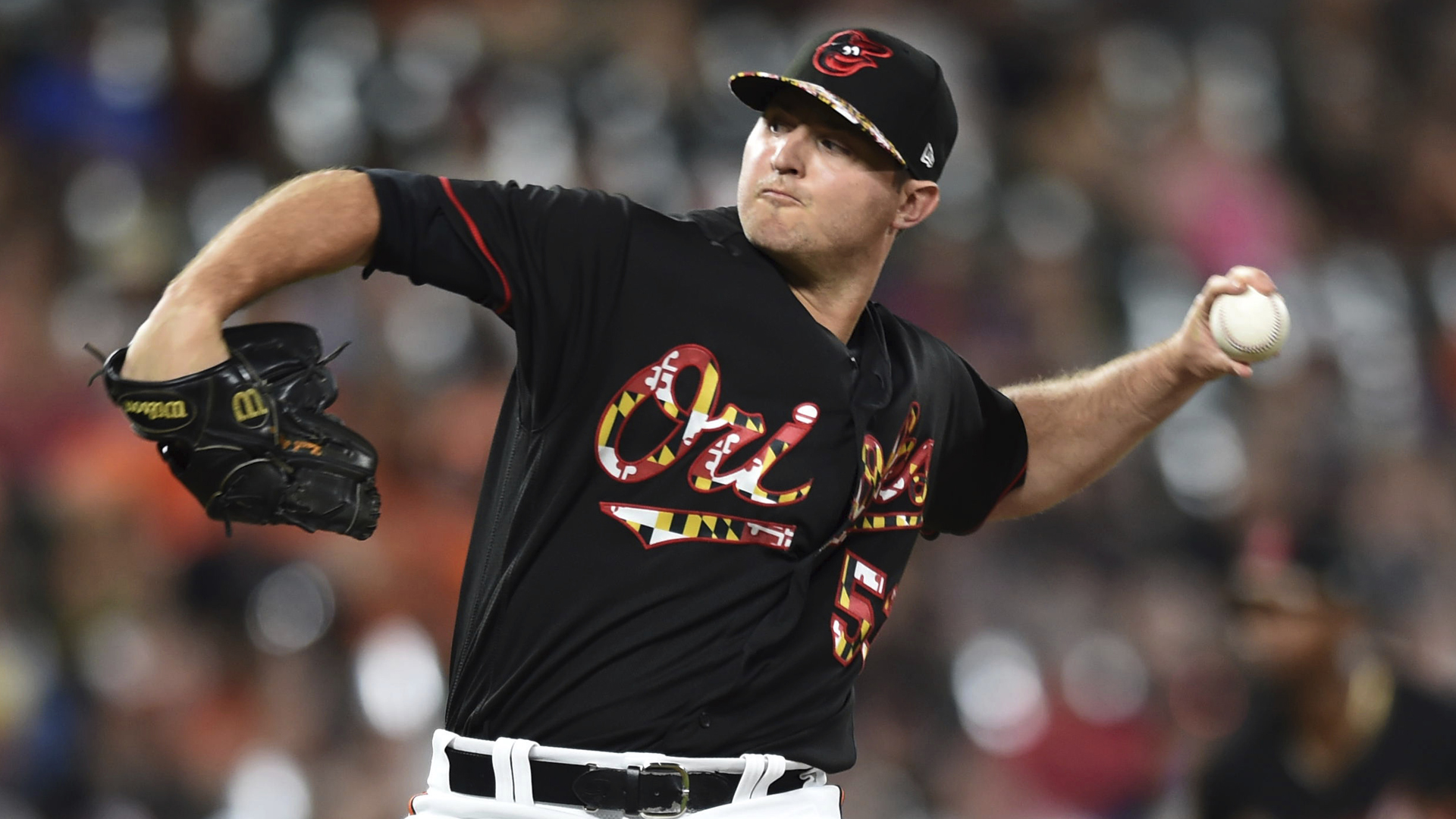 In a move that will ultimately strengthen a dominant New York Yankees bullpen, the organization made a trade within the division with the Baltimore Orioles on Tuesday night. New York will be getting closer Zach Britton for three pitching prospects. Joel Sherman of the New York Post reports that it will be for Dillon Tate, Josh Rogers, and Cody Carroll:

Have been told if deal is finalized #Yankees are sending Dillon Tate, Josh Rogers and AAA reliever Cody Carroll to #Orioles

Ultimately, Britton is an upgrade for a bullpen that is already the best in baseball and he has pitched well since returning from offseason surgery on his Achilles. He has not allowed a run since June 27 against the Seattle Mariners (eight outings). When his sinker is on point, the 30-year-old  left-hander is one of the toughest relievers to hit in the American League. Plus, it gives the Yankees a second strong left-handed option out of the ‘pen to pair with Aroldis Chapman.

With this move, the Yankees now have plenty of options to turn to in the later innings, especially when it comes time for the postseason. This move does not preclude them from adding a starting pitcher between now and the July 31 trade deadline.

As for the Orioles, they get three pitchers that help improve their depth at the Double-A and Triple-A levels. For an organization that has been looking for any pitching help, don’t be surprised if any of these three pitchers make their Major League debuts before the season is over.

The headliner of this trade from a prospect perspective is right-hander Dillon Tate. Tate was the sixth-ranked prospect on our midseason Top 100 list. With the Double-A Trenton Thunder, he was 5-2 with a 3.38 ERA in 15 starts this year. He had 75 strikeouts to 25 walks in 82.2 innings.

Tate was about to return from a quad injury on Tuesday night before being scratched from his start. He had only allowed more than three runs in an outing once dating back to May 8. The Yankees acquired the 24-year-old right-hander at the 2016 Trade Deadline in the deal that sent Carlos Beltran to the Texas Rangers.

As for Carroll, the Orioles get a late-inning reliever in this deal. The 25-year-old reliever was 3-0 with a 2.38 ERA and had nine saves in 12 chances for the Railriders. He had 55 strikeouts to 18 walks in 41.2 innings and he represented Scranton Wilkes-Barre in the Triple-A All-Star Game earlier this month.

Carroll, who was the Yankees’ 22nd Round selection in the 2015 MLB Draft, was the 21st ranked prospect on our Top 100 list. He was dominant on the right time as he has not allowed a run in seven outings this month with a batting average against of .080.

All in all, this is a good deal for both sides. The Yankees add to an already dominant bullpen and they prevent the other American League contenders from strengthening their reliever corps. With Tate, Rogers, and Carroll needed to be protected this winter from the Rule V Draft, there just wasn’t enough spots to go around on the 40-man roster.

Meanwhile, the Orioles add more pitching depth to the mix as they continue their rebuild and they get a top ten prospect from the Yankees in the process.

Keep it right here at Pinstriped Prospects for all the latest on this deal as well as who moves up and down the system as a result of this trade.