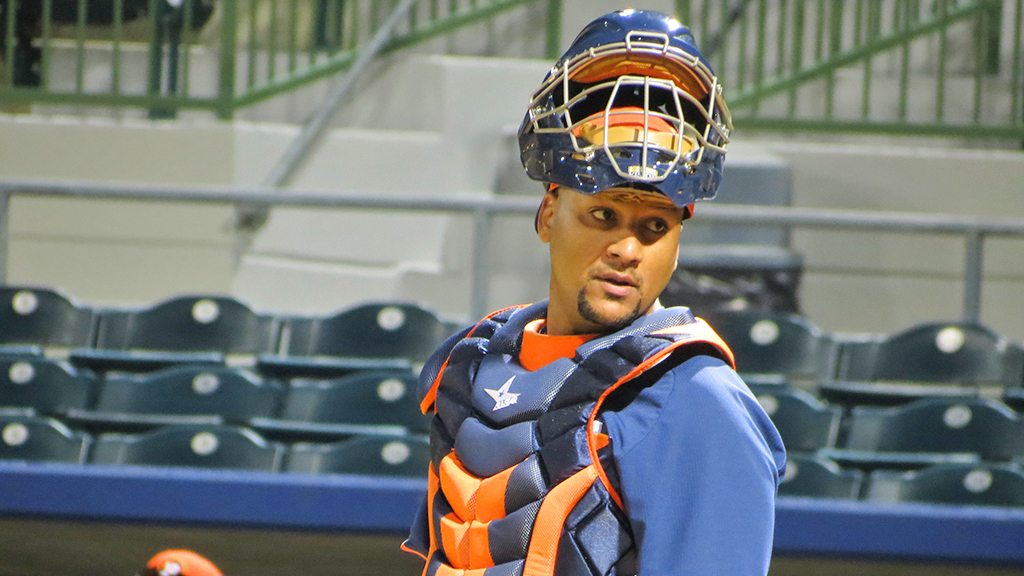 According to a report by Chris Cotillo of MLB Daily Dish the New York Yankees signed catcher Carlos Corporan to a minor league contract.

Corporan, 32, has played 232 games in the major leagues for 4 different teams.  He is the younger brother of former Yankees minor league infielder Elvis Corporan.

Carlos owns a .218 batting average in the major leagues across 6 seasons with 25 doubles, 1 triple, 20 homeruns and 78 RBIs.  In the minor leagues he owns a .253 average over 690 games since making his professional debut in 2003.  He was originally selected by the Milwaukee Brewers with the 339 overall draft pick in the 12th round draft pick.

The last time Corporan played regularly in the minors was in 2012 when he played 68 games for the Oklahoma City RedHawks.  That season he hit .286.

This signing gives the Yankees some additional catching depth with major league experience in case they need help.  He will likely receive an invite to spring training and spend some time with the Scranton/Wilkes-Barre RailRiders if Gary Sanchez does indeed become the backup catcher for New York.