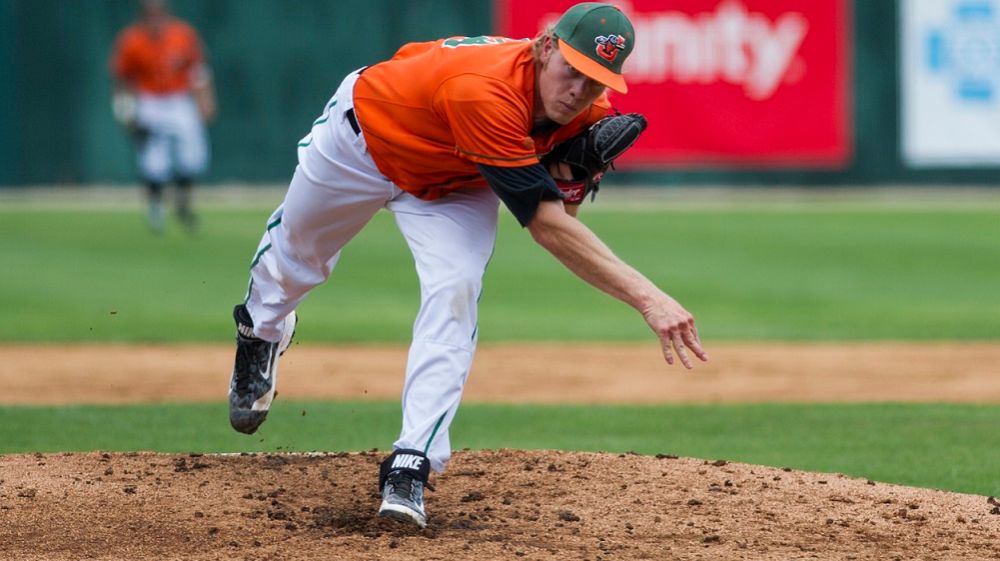 According to a report by FanRag Sport’s Robert Murray, the New York Yankees have purchased the contract of right-handed pitcher Kaleb Ort from the Joliet Slammers.  The Slammers play in the independent Frontier League.

Ort, 25, has only one season of professional baseball under his belt.  Last year he appeared in 20 games for the Slammers, 12 of them started, and struck out 61 batters over 61 innings pitched.  In that time, he earned a 3-4 record with a 6.05 ERA.

In September 2016, he was signed by the Arizona Diamondbacks and assigned to their Arizona League Affiliate but they released him in March.  After showcasing his stuff in several exhibition games in front of scouts, the Yankees decided to take the chance on the unproven righty.

Last season with Joliet he earned Frontier League Player of the Week Honors in June when he allowed just one run on six hits over 13 innings over two starts earning two wins in the process.  On June 19, 2016, he struck out nine batters over six innings.

According to the report, Ort has been throwing 95-97 miles per hour with a plus slider during exhibition games.

With his relative inexperience in professional baseball Ort is a candidate for the games lower levels, with the possibility of joining the Charleston RiverDogs or head to extended spring training where he will likely break camp with the Staten Island Yankees or Pulaski Yankees.

In this article:Kaleb Ort, story