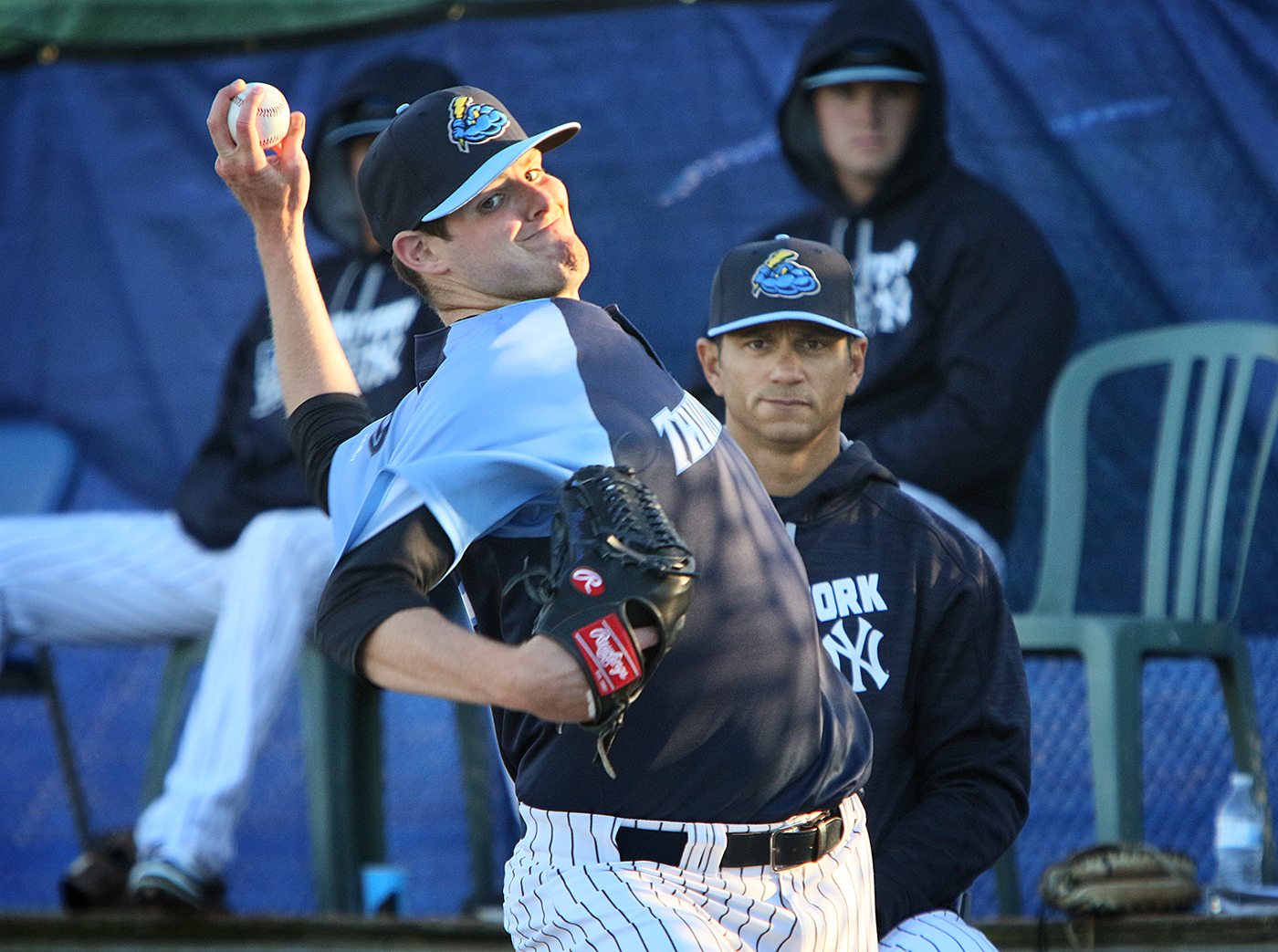 Trenton Thunder southpaw Jordan Montgomery warms up in the bullpen at Arm & Hammer Park in Trenton before pitching in his Double A debut against the Portland Sea Dogs on Tuesday, April 12, 2016. Behind Montgomery is Thunder pitching coach Jose Rosado. Photo by Martin Griff.

According to Bryan Hoch, New York Yankees manager Joe Girardi confirmed that the organization will not name a fifth starter this spring. Instead, the Yankees will carry eight relievers until April 16th.

Recently, the fourth and fifth starting spots gained more clarity with Adam Warren officially being named to the bullpen and the club optioning Luis Cessa to Triple A Scranton/Wilkes-Barre.

Luis Severino, Bryan Mitchell, Chad Green and Jordan Montgomery all had been vying for the two final spots in New York’s rotation up until today. Now, the four pitchers will compete for the fourth starters spot and bullpen roles to begin the season.

Southpaw Jordan Montgomery takes the hill this afternoon for the Yankees, looking to strengthen his case to make the club.