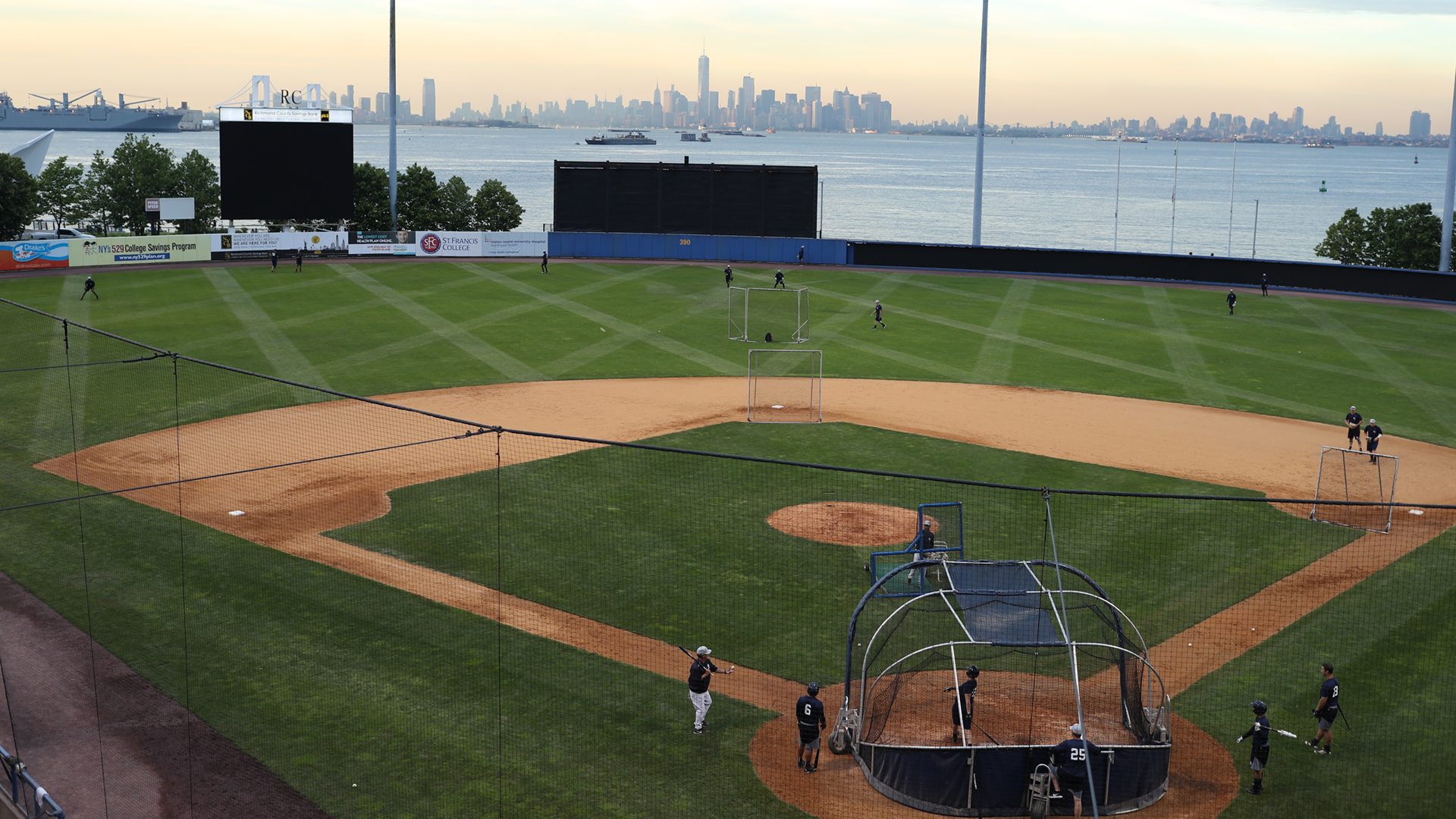 The opening of a new parking garage should help give the Staten Island Yankees a boost in attendance to end the 2016 season. (Eduardo Amaro)

In two significant reports today from David Waldstein of the New York Times and J.J. Cooper from Baseball America that Major League Baseball has proposed a massive change to the working agreement that would eliminate over 40 teams.

Because there is currently no limitation on the number of minor leagues affiliates a major league club could have the Yankees have an advantage in being able to afford to field more teams, employ more players and coaches than other teams.  This was most evident a few years ago when the Yankees fielded 10 total minor league teams including two Dominican Summer League teams and two Gulf Coast League teams.

Under the proposal set forth by Major League Baseball, each major league organization would be limited to just 150 players under contract.  That means that the Yankees could potentially lose almost half of the players in their current minor league system.

The Yankees affiliates most at risk in the proposal would be the Rookie-Advanced Pulaski Yankees and the Short-Season Class-A Staten Island Yankees. In addition to the Yankees second Gulf Coast League affiliate.  Staten Island may be spared due to their geographic proximity to the big-league club and see a promotion to a higher-level classification.

Losing the Pulaski Yankees would be a big blow to the Yankee’s minor leagues, the Yankees added that affiliate just a few years ago and the owners have invested substantial amounts of money in renovating the stadium and providing the Yankees minor league players with a comfortable place to practice their craft.

The Pulaski Yankees lead the Appalachian League in attendance drawing an average of 2,821 fans over 34 openings in 2019.  That is over 970 more people per game than the Staten Island Yankees averaged this past season.  However, the team’s location makes it difficult to easily move players up and down.

With the complete elimination of the short-season leagues, MLB would move the annual MLB Draft to after the College World Series from it’s current early-June date.  This would give High School players and college players more time to showcase their skills in workouts and showcases prior to the draft.  This would also eliminate the conflict between the start of the short-season leagues and the annual College World Series.

The move of the draft to August has been a rumor for some time. But the newest bit of information in these reports is the reduction in rounds from the current 40-round draft to a 20-25 round draft. That reduction in draft spots could have a profound impact on how teams draft and who they draft.

According to Baseball America, MLB is looking into ways to keep baseball in the 42 cities that would lose their affiliated team.  Whether that would be as a wood-bat summer collegiate league or an MLB-MiLB run Independent League that they are calling the “Dream League” and would feature players that were not drafted.

To see the complete details on the proposal, check out the report that Baseball America released on its website. It is important to note that this is an initial proposal and the final agreement will most likely look drastically different.