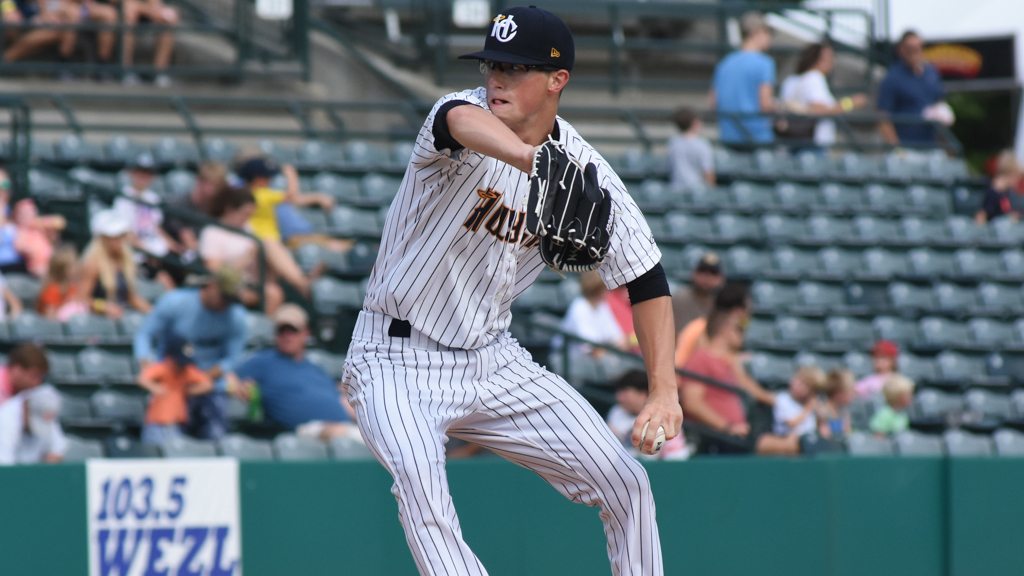 The RiverDogs offense would struggle all night and wouldn’t score until the final frame. Requena (W, 8-3) would end up pitching six innings and struck out four Dogs.

Greenville picked up their runs in the third and the fifth off Dogs starter Nick Nelson (L, 2-10). Brett Netzer knocked a single to left to score Tyler Hill to make it 1-0 in the third. In the fifth, Hill would ground out to shortstop to bring home Granger Studdard and make it 2-0. Nelson ended up going five innings while striking out 10, but struggled with his control as he walked five.

“He was scattered. His stuff is so good, he can get away with it. He was all over the place. Up, down, in, out, but he gave us five innings. He competed,” RiverDogs manager Patrick Osborn said of Nick Nelson’s start.

Phillip Diehl would pitch three scoreless innings in relief of Nelson to keep the Dogs within striking distance. Austin DeCarr walked the bases loaded in the top of the ninth but escaped disaster to keep the game at 2-0 heading into the bottom of the ninth.

Juan Florentino came in to shut the game in the ninth for Greenville. Dalton Blaser hit a single to right field and then Oswaldo Cabrera hit a ball that Netzer at second could not field to place runners at first and second. Ryan Lidge ripped a single to right field to plate Blaser to bring the Dogs to within 2-1. Dom Thompson-Williams would fly out to the catcher Roldani Baldwin. Pablo Olivares, pinch running at first for Lidge, advanced to second as Baldwin fell as he made the catch. Diego Castillo would strike out for the second out of the inning. Greenville decided to place Brandon Wagner at first with an intentional walk to load the bases and bring up Isiah Gilliam. Florentino would get Isiah Gilliam to ground out to second base to end the game.

“We just didn’t swing the bats until the last inning, then we put something together. They held us at bay for basically eight innings. Credit to their starter, he did a good job,” Osborn said.