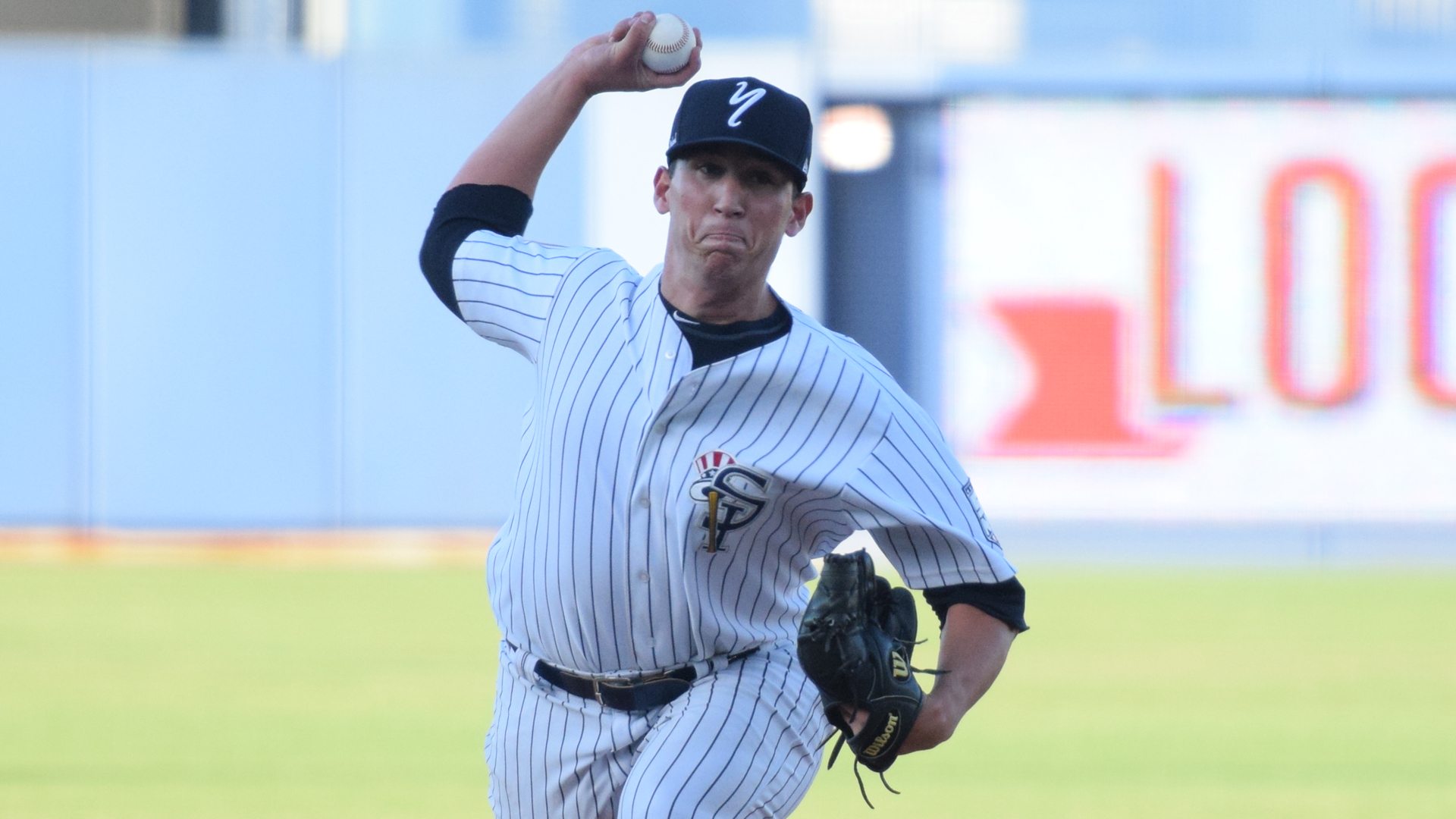 Taylor Widner is heading to the RiverDogs (Robert M. Pimpsner)

Right-handed pitcher Taylor Widener is heading to the Charleston RiverDogs.  The 12th round pick got the call after the Staten Island Yankees defeated the Hudson Valley Renegades to end a 5-game losing streak.

In six games with Staten Island Widener had not allowed a single run to score while only allowing two hits and four walks while striking out 25 batters in 15 1/3 innings.  His last game was also his first professional start.  In that game, he pitched three innings and struck out five batters.

After the match he told Pinstriped Prospects reporter Gershon Rabinowitz, “The gameplan is always to keep these hitters off balance. If you go out there and throw the same pitches, these hitters will always adjust. I will never back down from anybody and give my best stuff.”