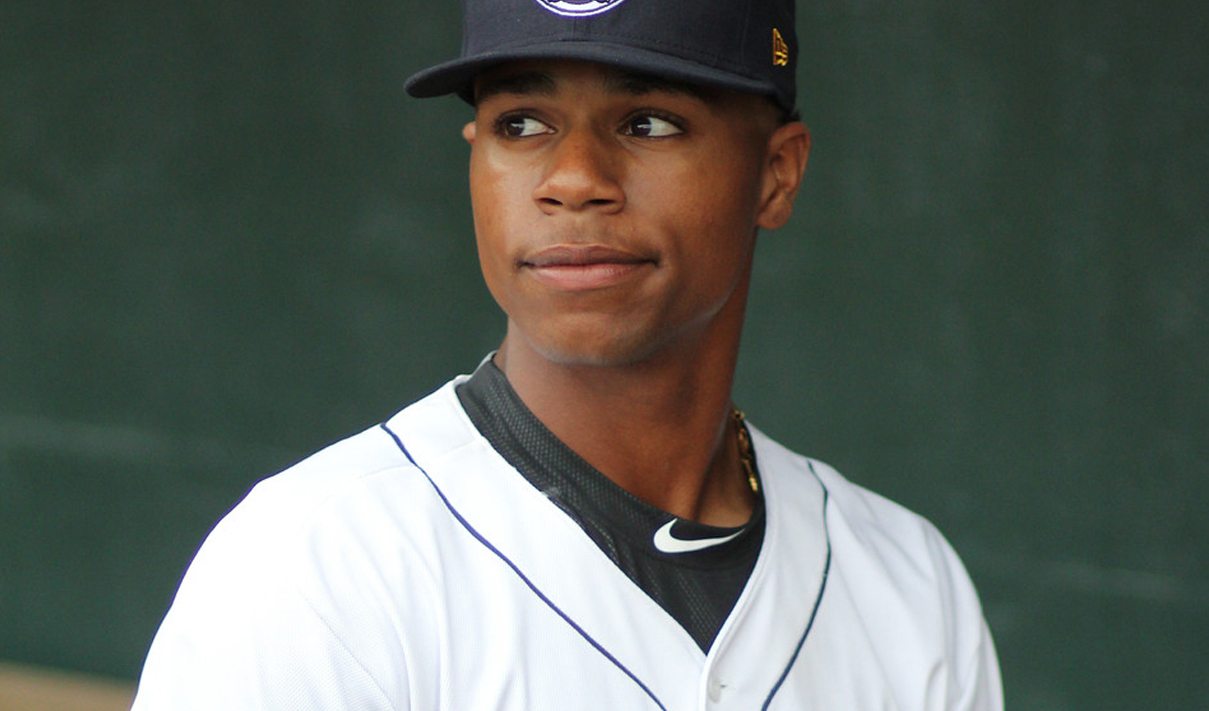 CHARLESTON. W.Va.— After at first struggling out of the gates, RiverDogs outfielder Isiah Gilliam has turned the calendar page and transformed into one of the hottest hitters in the South Atlantic League. While currently riding an 11-game hitting streak, Gilliam has been named the South Atlantic League’s Player of the Week for the period of May 8-14 when the Atlanta, Ga. native hit .478 with two home runs, 6 RBI, and a 1.393 OPS in six games.

At the end of April, the switch-hitting product out of Chipola College was hitting just .183, an average that dipped down to a season-low .173 after a 0-for-4 day at the plate on May 2 against Lakewood. Since that game, Gilliam has gone 19-for-38 (.500) over the RiverDogs-high 11-game streak.

“We [the coaching staff] are all really proud of him. He didn’t get off to the start he was hoping for, but he’s worked really hard,” said RiverDogs manager Patrick Osborn. “He and [hitting coach] Ken Joyce have really got a good thing going. He’s really bought into some of the adjustments that needed to be made and I think he’s enjoying the fruits of his labor at this point…I think he’s showing the type of player that he can be.” 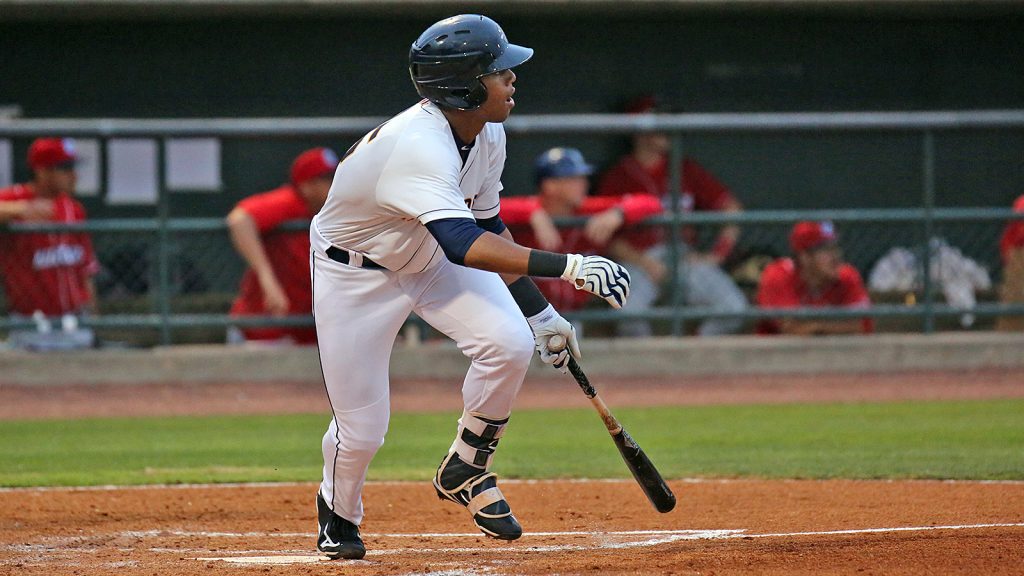 Gilliam’s hitting streak is the second-longest active stretch in the league, surpassed only by Micker Adolfo of Kannapolis who has hit safely in 15 games.

“He’s got a lot of tools and I think he’s just started to tap into his ability,” elaborated Osborn. “He’s still learning how to play first base and still learning to play the outfield, but this kid’s got Major League ability and we’re here to develop him and help him reach that potential and hopefully get him on his way up the ranks.”

Originally selected in the 20th round of the 2015 draft by the Yankees, Gilliam garners Player of the Week honors for the first time in his three years as a pro. Last season with rookie-ball Pulaski, the 20-year-old slugger hit .239 with 10 HR and 33 RBI in 57 games. He ranked tied-3rd in the Appalachian League in extra-base hits (24) and tied-4th in homers.

Gilliam and the RiverDogs finish up a weeklong road trip in Charleston North, taking on the West Virginia Power in the final two games of a four-game set before returning for a brief home series against the GreenJackets from May 18-21 at The Joe.
RiverDogs tickets, including options for the all-new Riley Park Club, are now available and can be secured by contacting the box office at (843) 577-DOGS (3647) or online at www.riverdogs.com. Those that can’t make it to the park can follow every pitch of the RiverDogs season on WTMA 1250 AM in the tri-county area or by streaming online at riverdogs.com and the TuneIn Radio App by searching “RiverDogs.”