RiverDogs Bats Held in Check in Loss to Braves 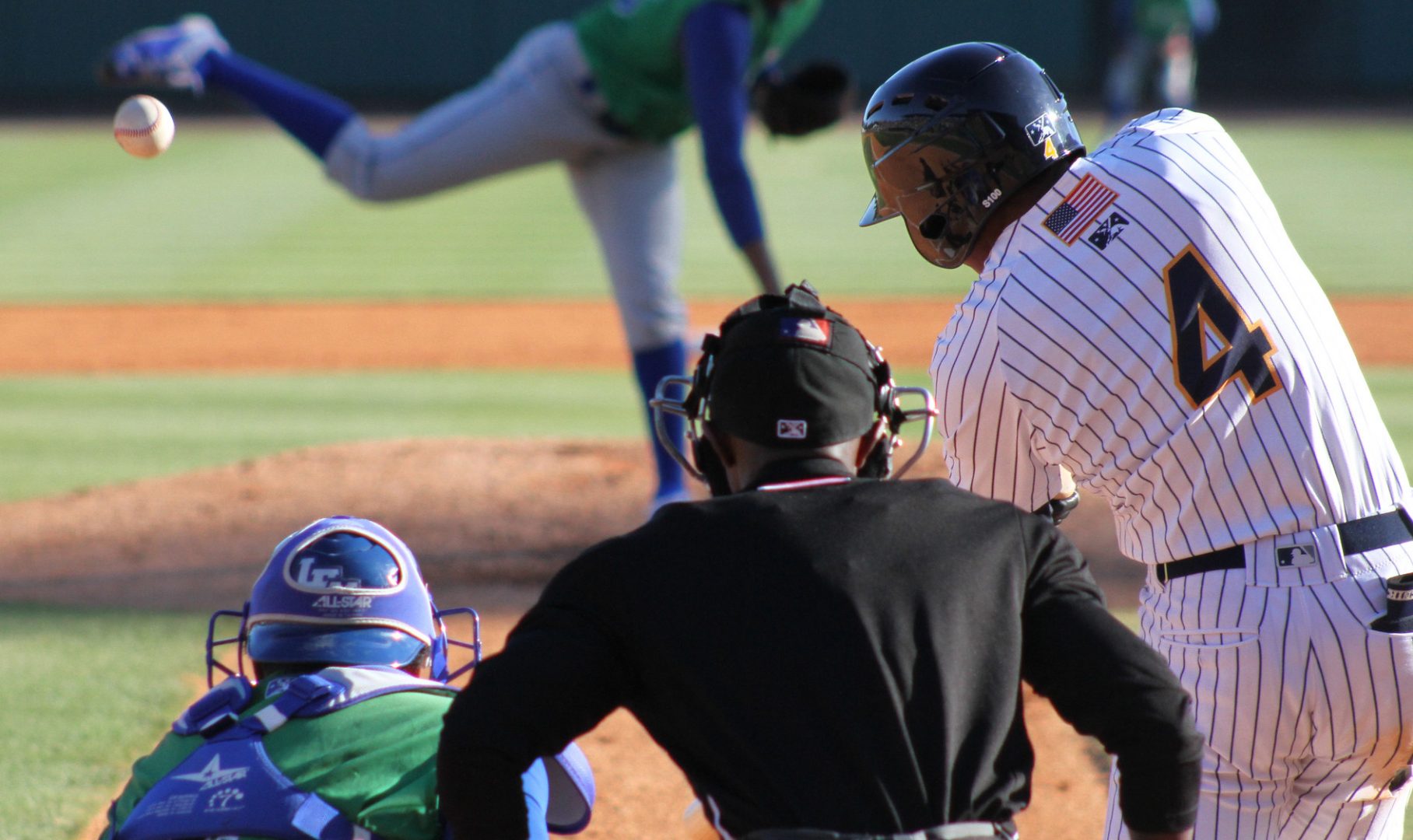 CHARLESTON, SC – Three RiverDogs collected multi-hit games and a red hot Charleston offense collected eight hits, but managed just two runs as they were kept quiet in a 9-2 loss to the Rome Braves on Friday afternoon at State Mutual Stadium.

Oswaldo Cabrera, Carlos Vidal, and Eduardo Navas all collected two hits, but the offense that came into play leading the league in runs scored was shut down in the early goings by last year’s third overall pick, Ian Anderson, on the hill for the Braves (7-2). The right-hander out of Rexford, NY struck out the side to open up the ballgame, and finished with eight total punch outs across five innings while allowing just two hits.

With the loss, the RiverDogs (6-3), fall back into second place in the division, a game back on Rome, the reigning league champions, in the Southern Division.

The Braves took a 3-0 lead in the third, in part due to Charleston’s defense that continued to look shaky. After Randy Ventura and former Gamecock Marcus Mooney reached on consecutive singles to lead off, Anferneed Seymour was hit by a pitch from RiverDogs starter Jio Orozco (0-1) to load up the bases. On the next play, shortstop Derian Cruz hit a one-hopper to first that glanced off the glove of the first baseman, Brandon Wagner, and the ball was juggled in right field by Leonardo Molina for two errors on one play that made it 2-0 Rome. Center fielder Cristian Pache followed with a ground ball smoked between the legs of the umpire that was caught on a diving stab by Diego Castillo at second for a flip to Hoy Jun Park for a force out at second, but the valiant defensive effort still resulted in a third Braves run. The RiverDogs have now committed a league-high 21 errors through nine games.

The RiverDogs didn’t manage a baserunner until the fourth inning when Park drew a leadoff walk. With two outs, Wagner also reached on a base on balls, but Anderson struck out Estevan Florial to end the threat.

Charleston collected their first hits in the sixth off Anderson, but a leadoff hit by Cabrera was snuffed out by a double play, largely ending the threat.

Rome added three more in the fifth. Catcher Tanner Murphy brought home Pache on a sac fly and a wild pitch scored a second. Brett Cumberland roped a double on the first pitch he saw from Georgia native David Sosebee to make it 6-0 Braves.

In the sixth, a leadoff hit batter came around to score on a Yepez infield single to stretch the Rome advantage to 7-0.

Charleston pushed across two runs in the eighth. Vidal and Navas singled back-to-back to set up Park’s run scoring hit, his 10th RBI in eight games. A two out wild pitch on a strikeout allowed Wagner to reach and another run to score. The RiverDogs would subsequently load up the bases before the rally fell short with Rome still leading 7-2.

The Braves tacked on two more in the eighth after four consecutive singles and an RBI fielder’s choice with RBI collected by Murphy and Hoekstra.

Orozco took the loss for Charleston, allowing six runs on eight hits with a strikeout through 4.2.

The RiverDogs continue their weeklong road trip with game three tomorrow at State Mutual Stadium. Charleston RHP Brian Keller (1-0, 3.60) goes up against RHP Joey Wentz (0-1, 9.00), starting at 6pm from Rome, Ga. The game will be broadcast on WTMA 1250 AM and streaming online on riverdogs.com and the TuneIn app starting at 5:30pm with the weekly pregame show. First pitch is set for 6pm.