RiverDogs Bite Down on Crawdads, 8-3 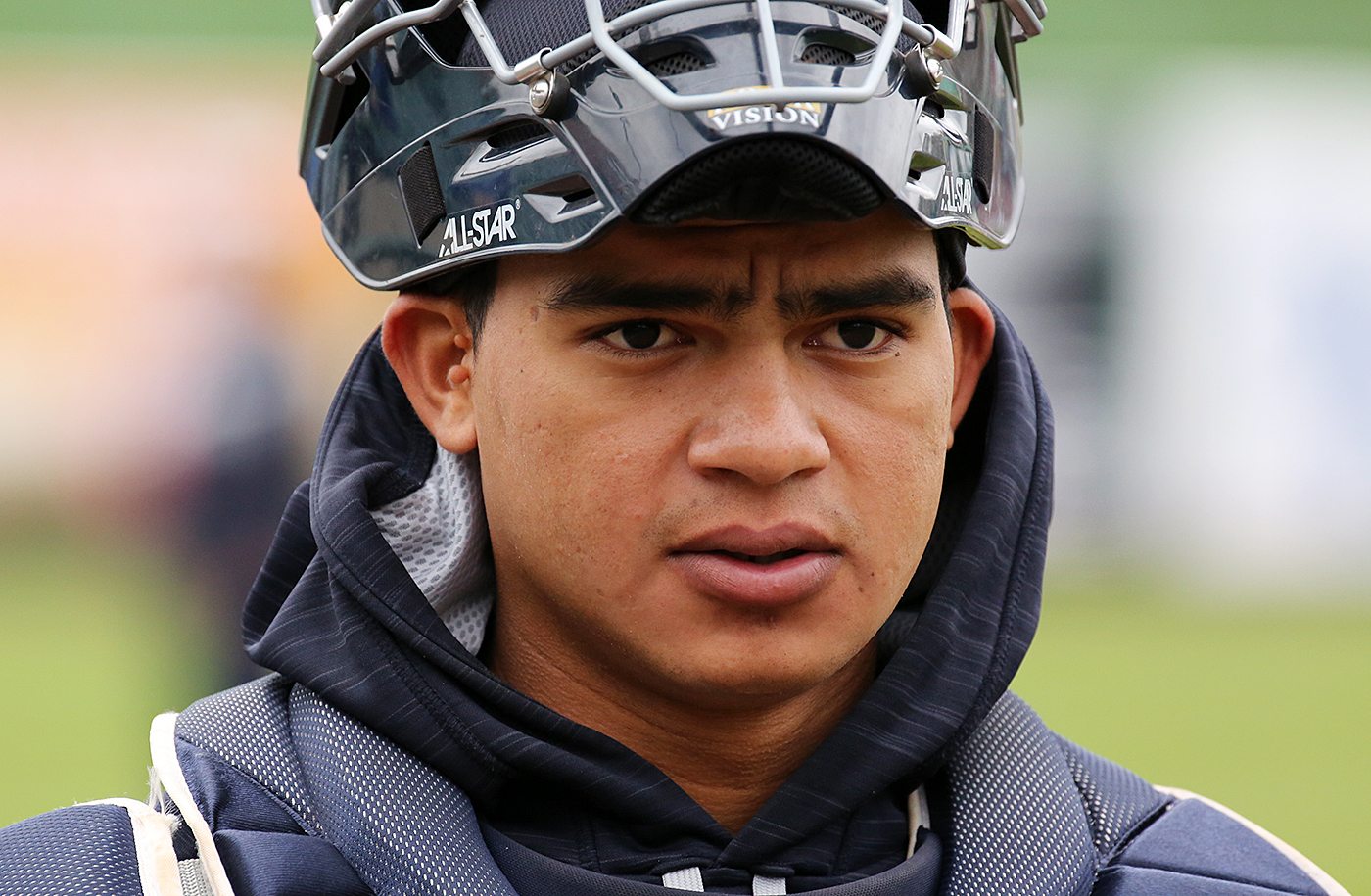 CHARLESTON, SC – The Charleston RiverDogs put together a complete offensive performance as the RiverDogs pounded out 14 hits and cruised to an 8-3 victory over Hickory in front of 4,327 on Monday night at Joseph P. Riley, Jr. Park.

Every RiverDogs batter reached safely in the ballgame and eight of nine collected base hits in an impressive offensive effort spearheaded by Charleston catcher Eduardo Navas who went 4-for-4 with an RBI from the bottom of the order. The Venezuelan backstop set a career-high for hits in a single game in his first multi-hit performance of the season.

The RiverDogs remain in first place in the Southern Division of the South Atlantic League with a 3.5 game lead over the Columbia Fireflies.

The Charleston offensive surge would follow an ugly first inning for the RiverDogs infield, who committed three errors to give Hickory an early 1-0 advantage. After Charleston starter Yefrey Ramirez (1-0) punched out Hickory center fielder Erik Jenkins to lead off the game, Chris Garia singled to left. The red hot Andy Ibanez hit a chopper to third fielded by Angel Aguilar who double clutched before throwing to second to try and retire the lead runner, but could not get the throw off in time and was charged with an error. With Dylan Moore at the plate, Navas fired a snap throw to pick off Ibanez at first, but it skipped in the dirt and struck Chris Gittens who went down for the second miscue of the inning. Backing up the play from second, Hoy Jun Park’s throwing error allowed the run by Garia to score on the same play.

The RiverDogs answered back with their bats in the first, atoning for the three errors by plating three runs in the home half. Jeff Hendrix and Park led off the inning with back-to-back singles before Chris Gittens smoked a line shot back to the mound that knocked off the Crawdads starter, Brett Martin, to drive in a run and tie the ballgame at one as Gittens was thrown out at first. Jhalan Jackson stroked a single to left to give the RiverDogs a 2-1 advantage before Kyle Holder ripped a base hit to left to double the lead to 3-1.

Hickory came within a run in the fourth after Ibanez ripped his South Atlantic League leading 15th double of the season to lead off the fourth. The Hickory second baseman advanced the second 180 feet on a passed ball and a wild pitch to make it 3-2.

The RiverDogs countered with a run of their own in the bottom half of the fourth on three straight singles by the bottom of the order. Angel Aguilar roped a base hit to left and Leonardo Molina hit an infield popup lost in the lights by the Hickory infield that dropped in for his first hit as a RiverDog. Navas followed with his second base hit of the night to make it 4-2.

After Hickory got a run back in the sixth, Charleston piled it on in the bottom half with a three-run frame off of highly-touted Rangers prospect, Dillon Tate. After punching out Aguilar to start the inning, Texas’ No. 3 ranked prospect would allow the next five baserunners to reach. Molina and Navas followed with singles and Hendrix walked to load up the bases before Park drew a base on balls to drive in a run. Gittens followed with a broken bat single up the middle to score two and push the lead to 7-3.

In the seventh, the RiverDogs added to their lead when Charleston collected three straight two-out hits, capped off by a Hendrix run-scoring double that made it 8-3.

Ramirez got his first win as a Yankees minor leaguer, going five innings, allowing two runs (one earned) with five strikeouts and a walk issued. Willie Gabay pitched three solid innings in relief allowing one unearned one while racking up six strikeouts.

The RiverDogs avoided three straight losses for the first time this season and will attempt to salvage a split with Hickory in game four on Tuesday.

The RiverDogs welcomed Charleston fans and man’s best friend to the ballpark on the second Monday Dog Day of the season. Fans enjoyed $1 beers and $1 hot dogs presented by Miller Lite on a night of canine inspired shenanigans.

The RiverDogs will be back in action on Tuesday morning for the finale against the Hickory Crawdads at 11:05am as they try to salvage a split of the four-game series.  The RiverDogs will send RHP Daris Vargas (2-0, 5.40) to the hill with the Crawdads starter to be announced. It’s Education Day at The Joe as the RiverDogs welcome students and teachers of the Lowcountry.