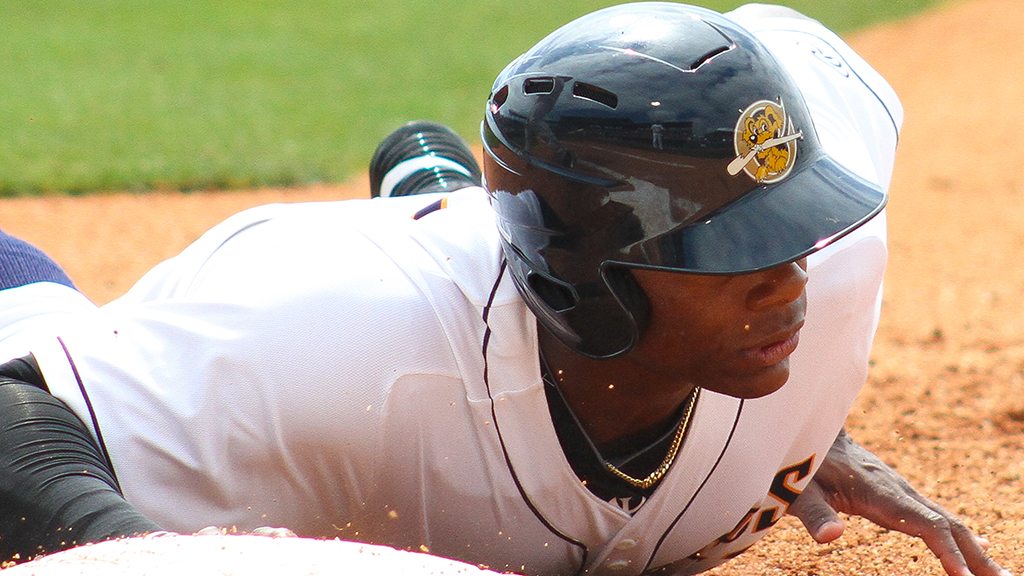 Jackson goes 3-for-3, Spencer homers in loss to Power

CHARLESTON, SC – The Charleston RiverDogs almost came away with a series sweep against the West Virginia Power, but fell in an early hole to drop a 5-3 loss in front of 3,011 at Joseph P. Riley, Jr. Park Wednesay night.

Jhalan Jackson went 3-for-3 at the plate and Connor Spencer homered as the RiverDogs (29-16) scored two runs in the bottom of the eighth to pull within 5-3 of the Power (23-22), but were not able to overcome the deficit as West Virginia salvaged the finale of the three game series.

With the RiverDogs down by four runs going into the eighth, Hoy Jun Park led off the inning with a walk, but would be erased when he was caught stealing second for the first time this season.  After a Chris Gittens strikeout, Spencer drew the second walk of the inning. Jackson followed by hitting his third single of the night to center field that put runners on first and second.  Charleston third baseman Angel Aguilar promptly fought hard in a nine pitch at-bat, tripling down the left field line to score both Spencer and Jackson to pull Charleston within two.

With a 2-1 lead entering the eighth, West Virginia broke the game open with a three spot on RiverDogs righty Simon De la Rosa.  Cole Tucker got it going with a leadoff triple down the right field line and was brought in on a Tito Polo single the next at bat.  Logan Hill doubled to the center field wall to score two, extending the Power lead by four, 5-1.

Before the seventh inning, Cody Carroll (2-2) held the Power in check as he threw six innings, giving up just two runs on three hits, a walk, and two strikeouts.

West Virginia got on the board first in the top of the second with a two run shot from Mitchell Tolman.

In the bottom half of the second, Charleston’s first baseman, Connor Spencer brought the RiverDogs within one with a solo home run off of Dario Agrazal (3-3), over the right field wall that made it 2-1.

Charleston was within chase of tying their best start through 45 games since 2012 coming into the contest, but come up just a game short, settling for a 29-16 mark on the season.  The RiverDogs remain in first place of the Southern Division in the South Atlantic League with a 5.5 game lead over the Asheville Tourists and Columbia Fireflies.

The Charleston RiverDogs celebrated Service Industry Night, as local service industry members were recognized. It was also a “Wine Down Wednesday” with wine specials for fifty lucky fans entering the gates and a senior night with discounts for the wiser generation in the Charleston area.

The RiverDogs embark on seven game road trip from May 26-June 1, traveling to Augusta for a four game series before heading north to take on the Greenville Drive. Thursday, the RiverDogs will throw out RHP Yefrey Ramirez (1-1, 3.47) against the GreenJackets RHP Cory Taylor (3-0, 1.93). The RiverDogs will be back for a three-game homestand, hosting Kannapolis from June 2-4 at Riley Park.