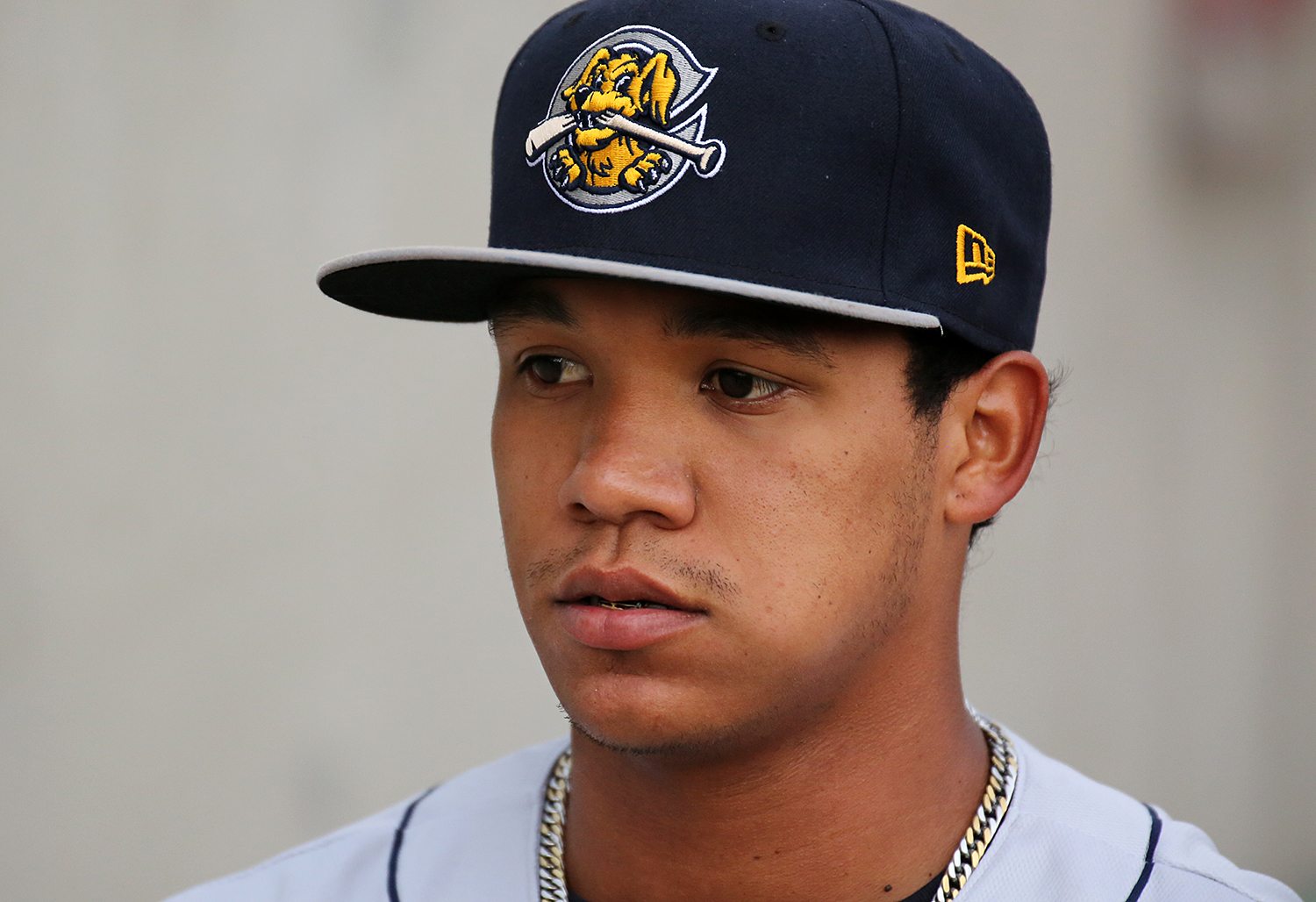 Thairo Estrada with the Charleston RiverDogs May 2016 (Martin Griff)

GREENVILLE, SC – Trenton Kemp belted a three-run home run over the left-center field wall in the bottom of the second inning, and the Charleston RiverDogs were playing catch up the rest of the night as the Drive took game two, 4-2, to even up the series on Tuesday night at Fluor Field.

Jose Mesa steadied the ship with 3.1 solid innings of relief to keep the deficit at two and the RiverDogs (23-14) within striking distance, but it wasn’t enough. Mesa finished the night with his three plus scoreless innings allowing just two hits with a walk and three strikeouts.

The Drive (19-18) jumped on Luis Cedeno (0-1) in the first inning, with the right hander making his season debut with the RiverDogs. Right fielder Joseph Mange led off the inning with a double to left center. With one out, Tate Matheny hit a sac fly to right that made it 1-0 Greenville.

In the third, Cedeno walked the leadoff man, Austin Rei, and yielded a single to right by Chad De la Guerra that put runners at first and second, before Kemp hit his three-run shot to push the Greenville lead to 4-0.

The RiverDogs began chipping away at the lead in the third, when a Jeff Hendrix leadoff walk came around to score on an RBI single by second baseman Thairo Estrada, making it 4-1.

The next ten RiverDogs batters would be retired in a row, before Chris Gittens ripped a long single off the top of the 30 feet wall in left. With one out, third baseman Angel Aguilar drove him home with a double down the left field line to trim the lead to two. After a pop out to second by Jhalan Jackson, Hendrix hit a chopper that nearly bounced over the head of Greenville first baseman Josh Ockimey that was fielded on a leap and tossed to first with the pitcher covering the bag on a bang-bang play. Hendrix was called out, ending the Charleston rally.

Greenville closer Bobby Poyner took it the rest of the way to pick up his eighth save of the season, retiring six in a row with three strikeouts.

The Charleston RiverDogs remain in first place in the Southern Division of the South Atlantic League, with a 3.5 game lead on their next closest pursuer.