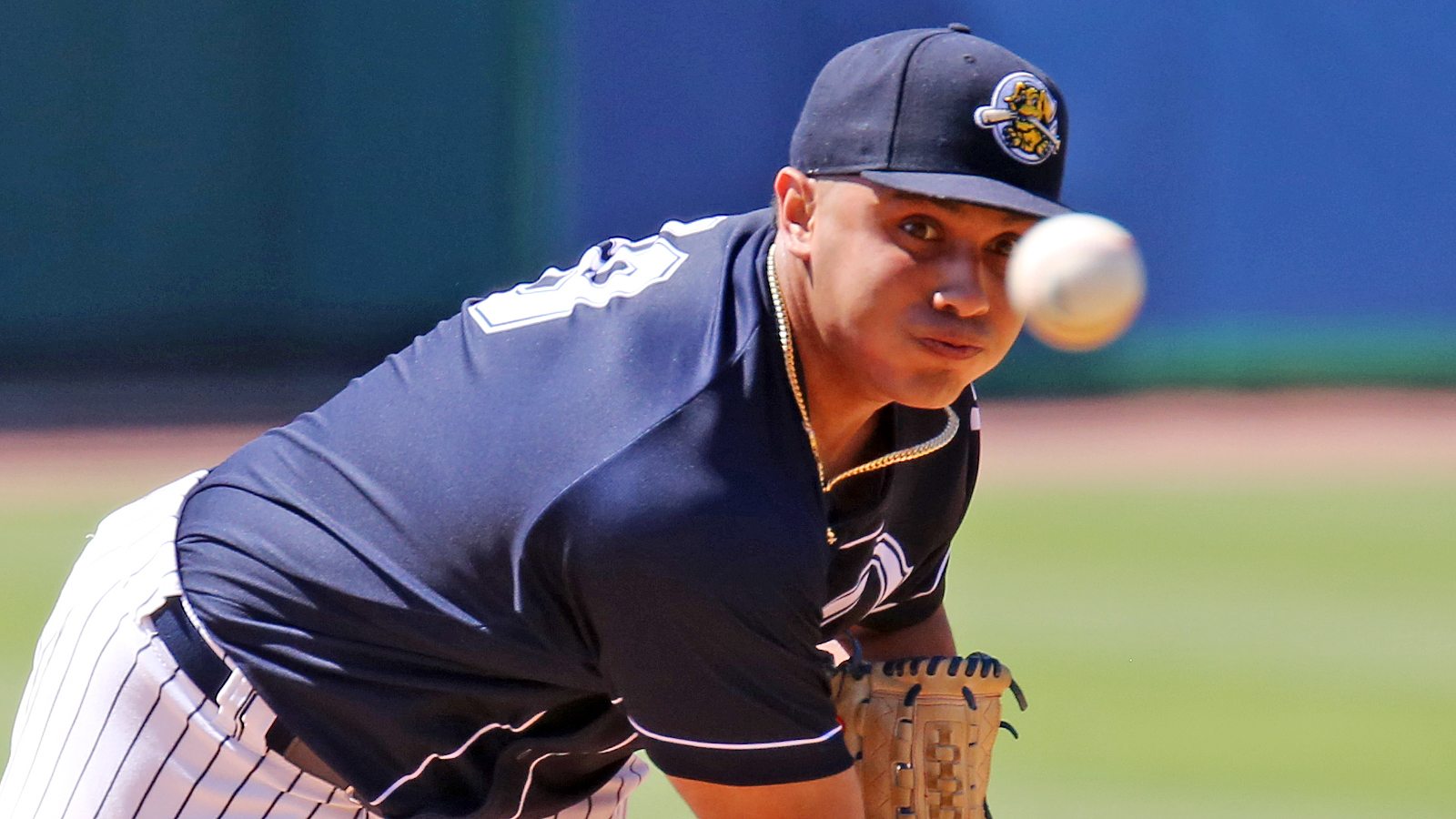 CHARLESTON, S.C. –  Lakewood’s offense compiled six runs in the first inning and set the tone early as the RiverDogs fell to the BlueClaws, 10-6, on Education Day in front of 4,461 fans to drop their fifth consecutive home game at Riley Park.

Jio Orozco (0-2, 7.48) could not contain the BlueClaws (15-12) from the start. Within two minutes of game time it was 1-0 BlueClaws. Second Baseman Daniel Brito singled to right field but the ball got past Carlos Vidal and rolled into the corner sending Brito to third. Designated hitter Henri Lartigue singled up the middle for the first run of the game. Center fielder Mickey Moniak doubled then a walk loaded the bases. With one out, Orozco struggled with his command walking right fielder Cord Sandberg to bring in the second run. Catcher Edgar Cabral singled to make it 3-0 and still the bases remained loaded. Shortstop Jose Antequera ripped a bases clearing double to left field to make it 6-0. 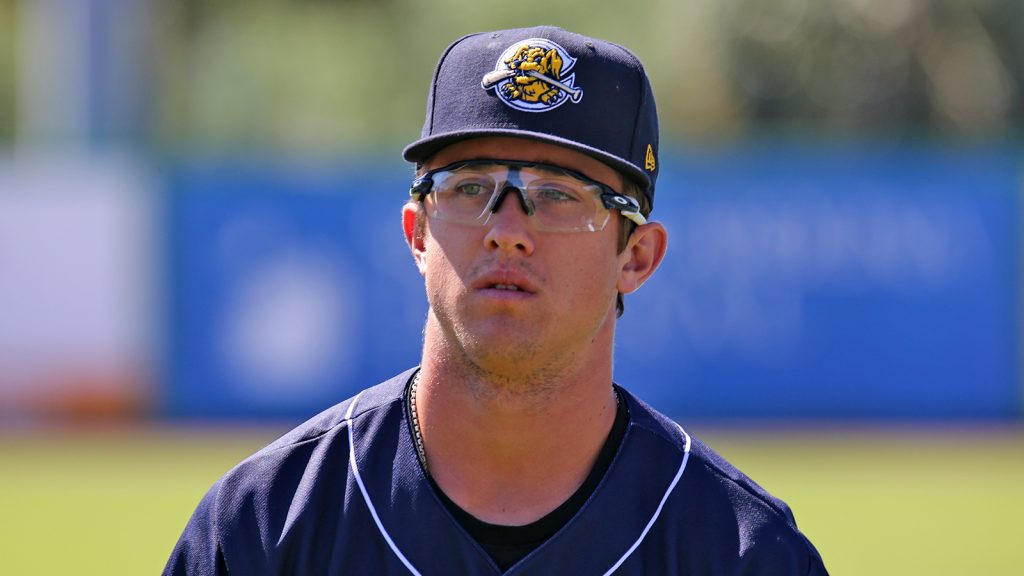 Blake Rutherford was one of two RiverDogs players that did not get a hit in the game. (Martin Griff)

Orozco got rattled again in the third inning after a single by first baseman Darick Hall and then a home run by right fielder Cord Sandberg off the video bard in right field made it 8-0.

The RiverDogs (13-14) strung together two runs in the fourth inning. Three consecutive hits from designated hitter Estevan Florial, first baseman Isiah Gilliam, and short stop Oswaldo Cabrera made it 8-1 and then an RBI ground out by left fielder Leonardo Molina made it 8-2.

Charleston got one more in the sixth as Molina capitalized on a leadoff single by Florial with a two out RBI double in the corner in right field.

It became a 10-3 ballgame in the seventh as Hall hit the BlueClaws second two run blast to right field.

Charleston made things interesting in the eighth. Florial, Gilliam and Cabrera, came in to score on hits form Molina and Navas to make it 10-6 but could not get any further. 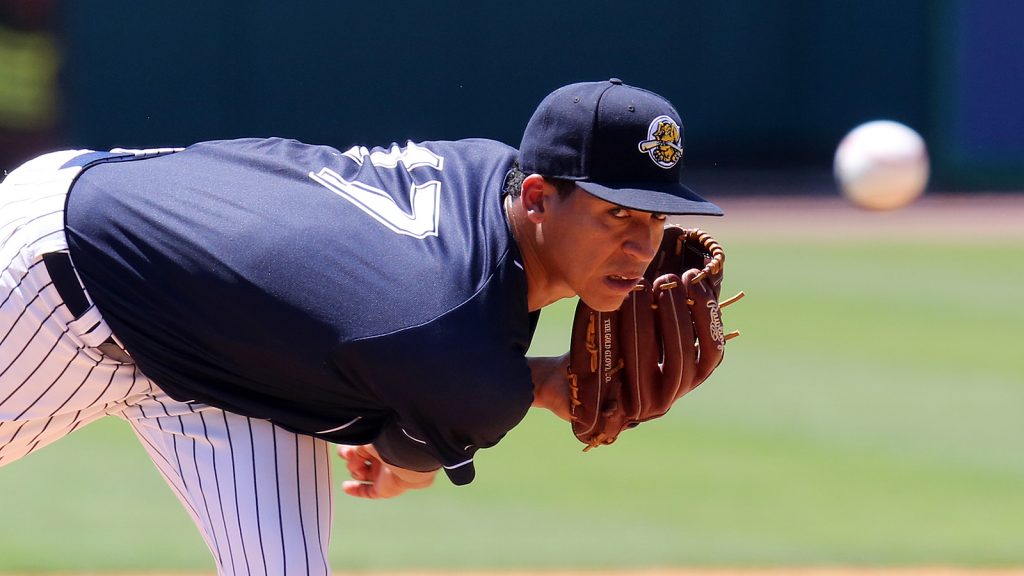 Raynel Espinal (1.59) came in for relief and pitched for Charleston with one out in the third inning and threw 4.1 innings allowing just two runs on three hits. Christian Morris (1.59) finished off the rest of the game throwing 2.1 innings and not allowing an hit.

Charleston celebrated education day at The Joe as schools from the surrounding area were invited to bring out students for a day of fun at the ball park. Over four thousand students come out to enjoy baseball and fun kids themed events such as mascot races and ball tosses.

The RiverDogs wrap up the series on Thursday night. Brian Keller (2-1, 3.18) will get the start for Charleston and Lakewood will counter with another lefty, Ranger Suarez (1-0, 0.81). The game will be broadcast on WTMA 1250 AM in the tri-county area and online streaming at riverdogs.com and the TuneIn Radio app under the “Charleston RiverDogs” station. It will be another Thirsty Thursday night and it will also be Jersey Shore night as fans can enjoy tunes from DJ Natty Heavy up in the Ashley View Pub as well as dollar beers.