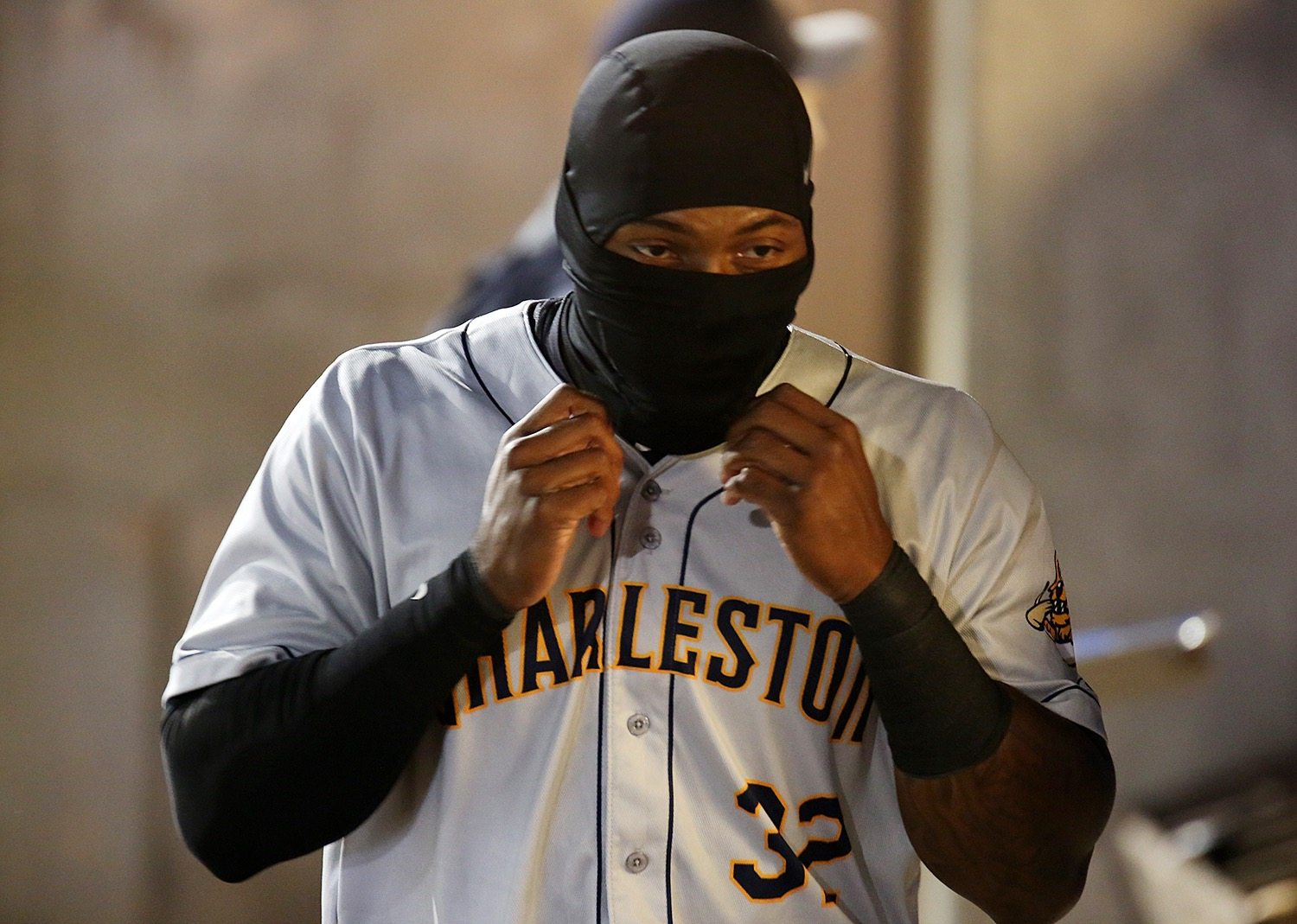 LAKEWOOD, NJ – The Charleston RiverDogs added another entry to their growing resume of impressive comeback victories as they topped the BlueClaws, 7-3, in an 11-inning contest on Tuesday night at FirstEnergy Park. Trailing 4-2 heading into the eighth, the RiverDogs collected a key, two-out RBI base hit by Thairo Estrada to tie the ballgame at three before jumping all over Lakewood with four runs in the top of the 11th to take a 7-3 victory.

The RiverDogs (14-5) remain atop the Southern Division standings with the victory over the BlueClaws, and have won four straight after their third extra-inning contest of the season.

With the RiverDogs trailing by a pair heading into the eighth, a fortuitous throwing error by BlueClaws shortstop Grenny Cumana helped spark the RiverDogs rally. Trey Amburgey reached on the error but would be replaced by Connor Spencer who advanced to second on the overthrow. After Chris Gittens struck out, Jhalan Jackson made it a one-run game with an RBI double to the left field wall. After a strike out to Coleman, Estrada ripped a base hit to right to drive in Jackson and tie the ballgame at 3-3.

Estrada collected a single game career-high in hits and finished the night going 4 for 6 with two RBI to lead Charleston’s offensive charge.

It remained tied at three until the RiverDogs busted the ballgame wide open in the top of the 11th with a four-run frame. After Jeff Hendrix struck out to lead off the inning, four straight Charleston batters would reach. Hoy Jun Park hustled out an infield single, Connor Spencer walked, and Chris Gittens drew another base on balls to fill the bases with RiverDogs. Jhalan Jackson would draw the third walk in a row issued by Lakewood righty Alejandro Arteaga (1-1) to give the RiverDogs their first lead all night at 4-3. With two outs, Estrada singled to drive in his second run, Angel Aguilar drew another walk with the bases full, and Eduardo Navas was hit by a pitch to drive in the fourth run and make it 7-3.

Lakewood took an early lead in the second when a leadoff single by Phillies prospect Jose Pujols would score on a passed ball by Navas that made it 1-0.

Charleston answered with a run of their own in the fifth on an RBI double by Hendrix. Lakewood responded with runs in the fifth and sixth to set up the RiverDogs comeback.

Cody Carroll was solid in his fourth outing of the season, working five innings allowing two runs (one earned) while walking three and striking out three. Simon De la Rosa did enough in his four innings of work to keep Charleston in the ballgame, yielding one run on three hits while issuing three walks and punching out four.

Claudio Custodio (3-0) put in two innings of scoreless relief to pick up his third win of the season while allowing just two hits.

The RiverDogs continue the series with the BlueClaws on Wednesday morning at 11:05am in the second entry of a three-game series in Lakewood. The RiverDogs will send their Opening Night ace, RHP Domingo Acevedo (1-0, 2.21), while the BlueClaws counter with RHP Shane Watson (1-1, 3.18).

Fans can tune into Wednesday’s game online exclusively at riverdogs.com. Thursday’s finale against the BlueClaws will be back on WTMA 1250 AM starting at 7pm. Ticket information for any of the RiverDogs remaining home games this season may be secured by contacting the box office at (843)577-DOGS (3647) or online at www.riverdogs.com.