RiverDogs Doubled Up By GreenJackets 4-2 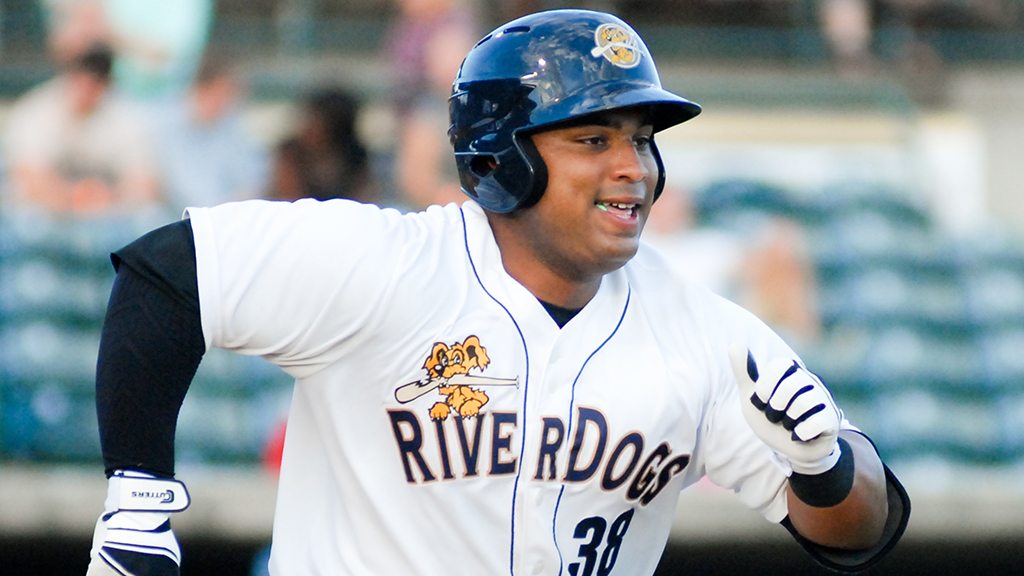 AUGUSTA, Ga. – The Charleston RiverDogs out-hit the Augusta GreenJackets, but they could not inch closer than two runs after falling behind early and took a 4-2 loss Sunday evening at Lake Olmstead Stadium.

Trailing 4-0 after the first four innings, Alvaro Noriega led off the fifth with a single. Two batters later, Angel Aguilar got the RiverDogs on the board with an RBI double to left.

Charleston tallied another run in the following inning. Isaias Tejeda and Austin Aune drew consecutive walks and then advanced to second and third on a wild pitch. Dusten Knight struck out the next two batters but then threw another wild pitch, allowing Tejeda to score from third.

The RiverDogs left runners in scoring position in the seventh and ninth. Aguilar and Bo Thompson got on base with two out singles to put the tying run on first. Reyes Moronta struck out Tejeda to close out the game and earn his 12th save of the season.

Daris Vargas (0-2) gave up four runs (three earned) and walked five in four innings of work. He has lost both of his starts with the RiverDogs. Sam Coonrod (7-5) struck out nine batters in the win for Augusta.

The GreenJackets jumped out to an early lead in the bottom of the first. With runners on first and second with two outs, Matt Winn drove in T. Relaford with a single to right. Jonah Arenado scored on the play as well, thanks to Alexander Palma’s errant throw.

Augusta extended its lead to 4-0 with runs in the third and fourth. Winn drove in his second run of the game with a bases-loaded walk in the third. Richard Rodriguez hit a two-out RBI double to right to plate Andrew Cain in the fourth.

COMING UP: The RiverDogs wrap up their five-game series and 2015 season against Augusta Monday at 2:05 p.m. Charleston will send RHP Matt Wotherspoon (4-3, 4.02 ERA) to the mound against RHP Pat Young (8-5, 3.66 ERA) for the GreenJackets. You can listen to the action on “The Big Talker” 1250 WTMA, WTMA.com, and RiverDogs.com.