The Charleston RiverDogs dropped their fourth straight home game 3-2 against the Lakewood BlueClaws in the first of a three-game series.

The RiverDogs broke out on top in the bottom of the third off Claws starter Bailey Falter (W 1-2, 4.50 ERA). Blake Rutherford bounced a double down the right field line and would come around to score on a broken-bat infield single from Hoy Park that rolled toward first base that Lakewood could not convert for an out and a 1-0 Dogs lead. Angel Aguilar would hit a long home run off Falter over the left field fence onto Fishburne Street in the bottom of the fifth to extend the Dogs lead to 2-0. 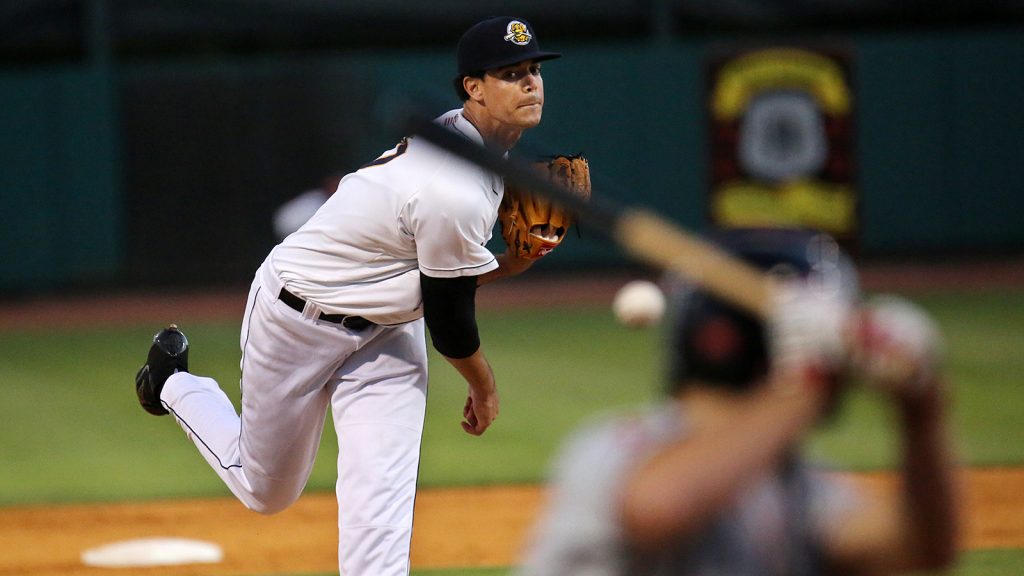 Freicer Perez pitched well through five innings and ran into trouble in the fateful sixth when the BlueClaws rallied for three runs. Daniel Brito led off the inning with a double down the right field line that slipped past first baseman Brandon Wagner. Henri Lartigue ripped a RBI single to right to bring the Claws to 2-1. After Mickey Moniak struck out against Dogs reliever Kolton Mahoney (BS 1, L 0-2, 0.63 ERA), Darick Hall ripped a double to right-center field to tie the game at two. Hall would advance to second on a wild pitch from Mahoney and then would come around to score on a passed ball to give the Claws the 3-2 lead after five and a half.

RiverDogs manager Pat Osborn was impressed with the effort from his starter despite the problems in the sixth. “He threw the ball really, really, really well. Really proud of Freicer. By far the best start of the season for him. He’s actually featuring a slider tonight that he hadn’t thrown until tonight. He threw it once, and I look over to Justin Pope and said, “That was a slider?”, And he said yeah. So he broke it out tonight and looks to be a good pitch for him,” Osborn said. 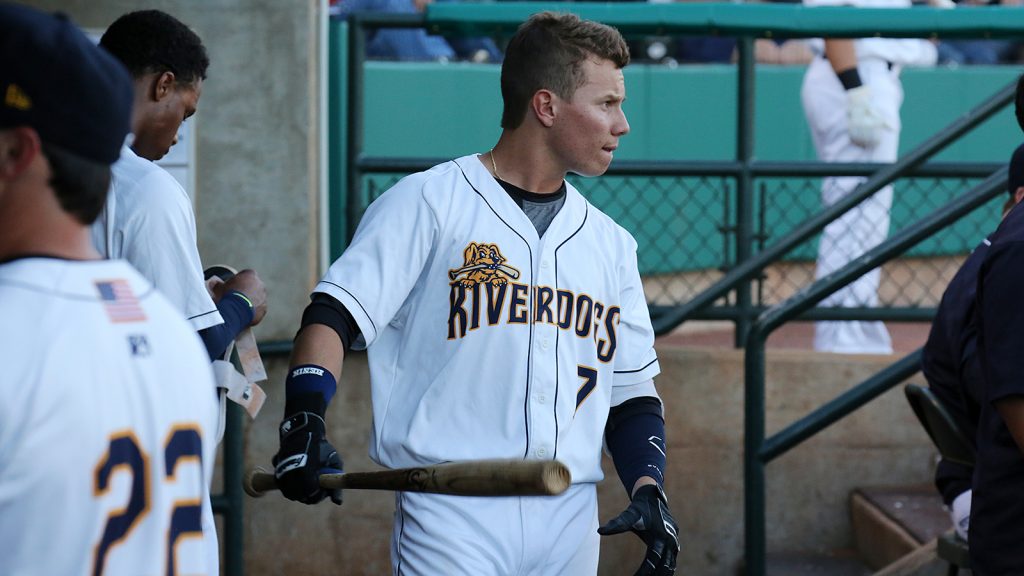 Diego Castillo went 2-for-4 in the game. (Martin Griff)

The RiverDogs would threaten in the ninth. Diego Castillo led off with a single to left field. Isiah Gilliam then ripped a line drive toward the left-center field gap that center fielder Mickey Moniak made a sprawling catch on for the first out. Carlos Vidal grounded out to the second baseman for the second out. Blake Rutherford walked to put runners on first and second with Angel Aguilar at the plate. Aguilar grounded out to shortstop Jose Antequera who flipped to second baseman Daniel Brito to end the threat and the game. “Sixth inning you know, things got away from us a little bit. But we still had a chance to tie the game at least. Moniak made a couple of nice plays out there, and that seemed to be the difference,” Osborn said.

The RiverDogs haven’t been as potent offensively as they were earlier in the season, scoring 24 runs in their last eight games. “It’s kind of been, can we come up with the big hit and we haven’t been able to come up with it. We couldn’t come up with it tonight, but that’s the game goes. You’re not always going to get that two-out hit or that big RBI. Keep grinding away, keep putting the guys into position to succeed. The worm will turn,” Osborn said.