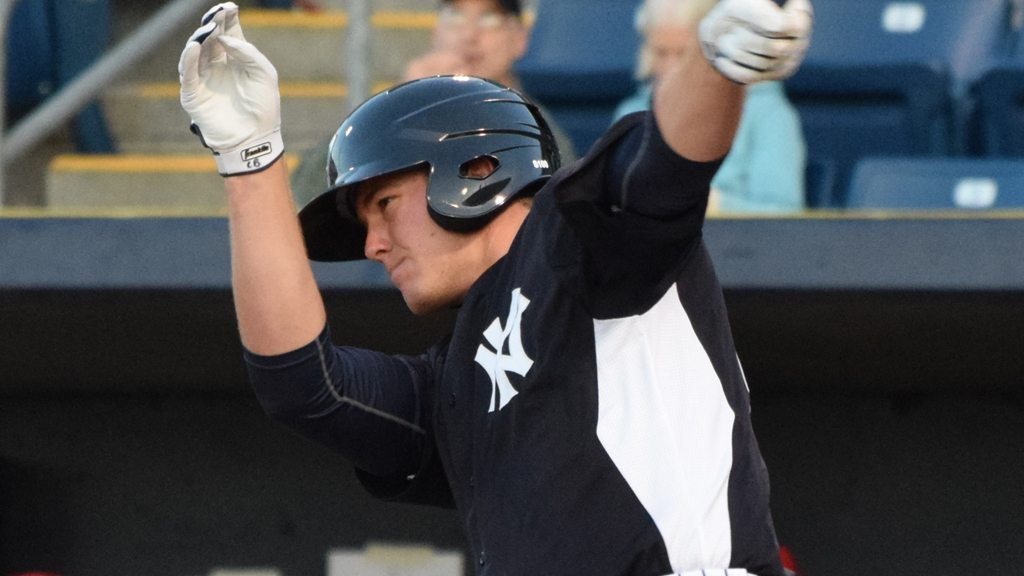 Chris Breen was a triple shy of hitting for the cycle. (Robert M Pimpsner)

GREENVILLE, S.C. — Chris Breen provided a spark to the Charleston RiverDogs’ offense with a solo home run in the top of the fifth, but the R’Dogs fell 2-1 to the Greenville Drive in the second game of a four-game series Friday night at Fluor Field at the West End.

Breen’s solo shot was his third home run since returning from the Disabled List on May 11. However, it was the only run Charleston (21-20) scored Friday night.

Greenville (25-16) struck first on a two-run double by Nick Longhi in the bottom of the fourth. Rafael Devers and Ben Moore came home to score.

Mario Alcantara pitched two scoreless innings to earn his second save of the season. With one out in the ninth, Dustin Fowler hit a fly ball to deep right field that almost cleared the fence. However, it landed in Longhi’s glove on the warning track just shy of the wall. Connor Spencer reached base on an error, but Breen struck out to end the inning.

The game was well-pitched a took a mere 2:04 to complete, making it the shortest game of the season for the RiverDogs. With the loss, Charleston falls to four games behind Greenville in the SAL Southern Division. The RiverDogs are 0-6 against the Drive this season.

COMING UP: The RiverDogs continue their four-game series against the Greenville Drive with a 7:05 p.m. game Saturday. Charleston will send LHP Jordan Montgomery (3-2, 2.76 ERA) to the mound against RHP Reed Reilly (2-1, 4.15 ERA) for the Drive. You can listen to the action on “The Big Talker” 1250 WTMA, WTMA.com, and RiverDogs.com.