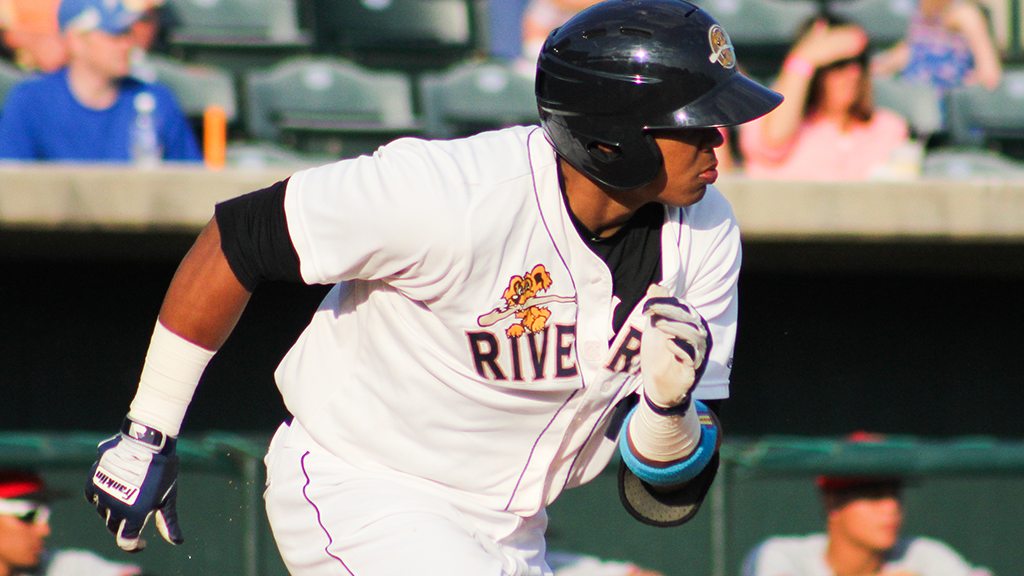 ASHEVILLE, N.C. — The Charleston RiverDogs got on the board early Wednesday night, but did not score again and were doubled up by the Asheville Tourists in a 2-1 loss at McCormick Field.

Charleston (3-4 in the second half, 37-40 overall) struck first in the top of the second inning. Isaias Tejeda led off the frame with a double to left and Angel Aguilar hit a single to left, but Marcos Derkes misplayed the ground ball and Tejeda scored to make it 1-0. Aguilar was thrown out trying to advance to second and the RiverDogs went quietly the rest of the inning.

Asheville (5-2, 37-40) responded with a run of its own in the bottom of the third. Luis Jean hit a one-out single and Shane Hoelscher followed with a double to left. Drew Weeks hit a sacrifice fly to bring home Jean and the game was tied 1-1.

The Tourists grabbed their first lead of the game in the bottom of the sixth. Dom Nunez drew a one-out walk and Jairo Rosario doubled to center. After a Marcos Derkes strikeout, Omar Carrizales hit a ground ball to right field that scored Nunez and put Asheville in front. Alexander Palma threw Rosario out at the plate for his third outfield assist of the night, but the one-run lead was enough for the Tourists.

The RiverDogs loaded the bases with one out in the top of the eighth but failed to score.  Tejeda popped out to third and Aguilar grounded into a fielder’s choice to end the threat. Collin Slaybaugh singled and stole second with two outs in the ninth, but Bo Thompson struck out to end the game.

Andre Del Bosque (3-3) gave up the run in the sixth inning and took the loss for Charleston. Grahamm Wiest (3-0) earned his third win over the RiverDogs in as many chances. Josh Michalec recorded his league-leading 16th save.

COMING UP: The RiverDogs continue their four-game series against Asheville Thursday at 7:05 p.m. Charleston will send RHP Matt Wotherspoon (2-0, 3.81 ERA) to the mound against RHP Carlos Polanco (4-8, 4.65 ERA) for the Tourists. You can listen to the action on “The Big Talker” 1250 WTMA, WTMA.com, and RiverDogs.com.

The RiverDogs return to The Joe and open up a nine-game homestand on Saturday, July 4. The RiverDogs will entertain the Rome Braves for a four-game series before welcoming the Kannapolis Intimidators into the Lowcountry for a five-game series. Get your tickets before we sell out! Call the box office at 843-577-DOGS or visit riverdogs.com.