RiverDogs Left Scratching at the Door, Fall 7-6 to Hickory 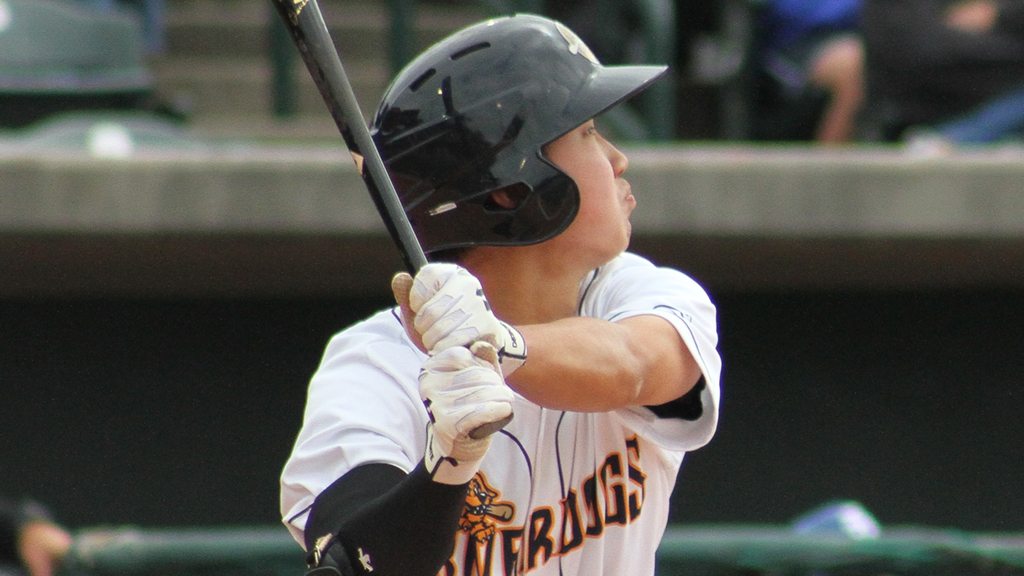 CHARLESTON, SC – The Charleston RiverDogs fought back from a three-run deficit, but Hickory’s four-run ninth would prove too steep a mountain to climb as the Crawdads held onto a 7-6 victory over Charleston in front of 5,120 on Tuesday afternoon at Joseph P. Riley, Jr. Park.

Tied at 3-3 after eight frames, the Crawdads put up a four spot to silence the Riley Park crowd in the top of the ninth, but the RiverDogs would thunder back with three runs in the bottom half to trim the lead to just one. Shortstop Kyle Holder singled to left and left fielder Kendall Coleman reached on a walk to put the first two batters aboard before Audie Afenir walked with one out to load up the bases. Leonardo Molina drove in his first two runs of the season on a single to left that made it 7-5 before Jeff Hendrix struck out and Hoy Jun Park ripped his third double of the ballgame to drive in Molina and make it 7-6. Chris Gittens worked it to a full count facing Hickory reliever Jeffrey Springs, but watched strike three go by to end the ballgame.

With the loss, the RiverDogs (20-11) drop just their second series of the season and fall to 6-2-1 in series play, while staying in first-place in the Southern Division of the South Atlantic League.

The Crawdads (22-10) jumped out to a 3-0 lead and kept the pressure on RiverDogs pitching right from the start. The leadoff man for Hickory reached in each of the first six innings, and the Crawdads finally got to Charleston starter Daris Vargas with a pair of runs in the third. Rangers prospect Yeyson Yrizarri reached on an infield single and stole second to lead off the frame. The Hickory shortstop scored on an error on a short hop that went underneath the glove of Charleston third baseman Thairo Estrada off the bat of Andy Ibanez. After a hit by pitch to the first baseman, Dylan Moore, Tyler Sanchez ripped a base hit to left to drive in Ibanez and make it 2-0.

In the fourth, Yrizarri drove in Ti’Quan Forbes on a groundout to first after Forbes led off the inning with a double.

The RiverDogs closed the deficit with a three-run frame in the fifth after Estrada and Afenir led off the inning with a double and a single, respectively. With one out, Jeff Hendrix hit a fly ball to deep right that popped in and out of the glove of outfielder LaDarious Clark. Initially ruled a caught fly ball by the umpires, Hendrix would instead be held to a long single after the call was reversed, giving Hendrix the RBI that drove in Estrada to make it 3-1. After a check swing strikeout by Park, Chris Gittens ripped a double to right field to drive in a pair and bring the score to 3-3.

The ballgame stayed tied until the ninth when Hickory put four on the board in the top half. RiverDogs reliever Jose Mesa (0-2) gave up a pair of base hits with one out before Chris Garia drove in a run on a ground ball back to the mound in a pinch-hit appearance to give the Crawdads the lead. After a walk to Darius Day at the bottom of the order, Yrizarri swung and missed at strike three but reached first on a wild pitch to continue the onslaught. Erik Jenkins walked in a run that chased Mesa before Ibanez hit a two RBI single off of righty reliever Hobie Harris to make it 7-3.

Mesa took the loss for Charleston, allowing four runs on two hits with three walks in 1.2 innings of work while racking up five strikeouts. Anyelo Gomez bridged the gap between Vargas an Mesa, recording 3.1 scoreless innings of relief.

Between the two pitching staffs, there were a combined 27 strikeouts in the game, accounting for half of the outs recorded for the entire contest.

The RiverDogs welcomed students and teachers of the Lowcountry for the second of a pair of Education Days at The Joe in an 11:05am start. Charleston students and their educators played hooky for the day in an afternoon of baseball at Riley Park.

The RiverDogs head out for a seven-game road trip and will be back in action on Thursday night in Lexington to start a four-game tilt with the Legends, the Class A affiliate of the Kansas City Royals. The RiverDogs will send RHP Christian Morris (1-0, 0.00) with the Lexington starter to be announced.

Ticket information for the RiverDogs homestand and any of the remaining home games can be secured by contacting the box office at (843) 577-DOGS (3647) or online at www.riverdogs.com.  Those that can’t make it to the park can follow every pitch of the RiverDogs season on WTMA 1250 AM and streaming online at riverdogs.com.