RiverDogs Muzzled by Santos in 3-1 Loss to Augusta 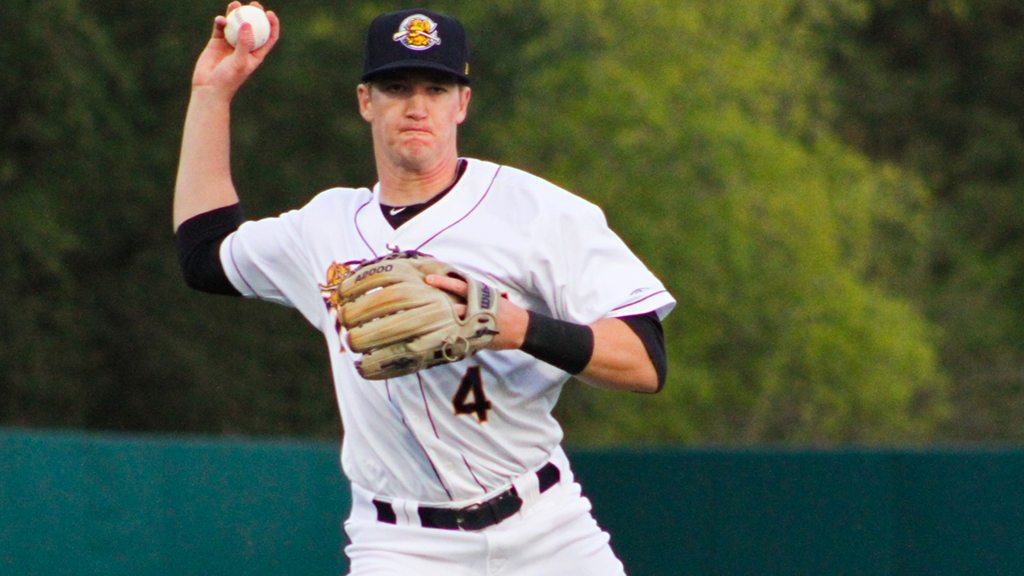 AUGUSTA, GA – In what has been a consistently dominant staff this season, the Charleston RiverDogs were rarely out pitched by their opponents as the GreenJackets got a dominant outing from their starter to take a 3-1 victory over the RiverDogs on Saturday night at Lake Olmstead Stadium.

Michael Santos (4-2) tossed eight stellar innings of one run ball for Augusta, allowing just six hits while striking out seven and walking one batter as the RiverDogs bats were left without an answer.

Charleston (30-18) managed their lone run off the Augusta (23-26) righty in the first. Kyle Holder drove the first pitch he saw up the middle to extend his hitting streak to 16 games to lead off the inning, and Hoy Jun Park drew a walk to put runners on first and second. Chris Gittens hammered a double to the right field wall that scored Holder, but the RiverDogs did no further damage after taking the 1-0 lead.

Santos clamped down after being tagged for the early run, sending down ten in a row after Gittens’ two bagger, and giving up just four hits the rest of the way.

Christian Morris (3-1) didn’t have his best stuff, but pitched solidly enough through the first three innings, allowing just a pair of hits, before a three run inning in the fourth would hand him his first loss of the season. Infielders Jalen Miller and Miguel Gomez collected back-to-back singles off of Morris to begin the frame. A fly out to right by GreenJackets catcher Matt Winn allowed Miller to tag up. On the next play, a pickoff attempt from Morris sailed into foul territory on an error by RiverDogs first baseman Chris Gittens, allowing Miller to score and tie the ballgame up at one. Morris walked Skyler Ewing to make it runners at first and second, and Seth Harrison and Johneshwy Fargas each singled to plate a run, making it 3-1 Augusta.

After finishing out the fourth, Morris would exit the ballgame, allowing three runs on six hits while striking out four with one walk. The former Indiana Hoosier righty had not allowed more than two runs in any of his previous five starts to begin the season.

Hobie Harris was lights out in relief to keep the RiverDogs within striking distance, facing the minimum over three scoreless innings while allowing just one hit, an infield single in the seventh. Willie Gabay pitched around a pair of hits in the eighth to keep the ballgame at 3-1.

With the loss, the RiverDogs remain in first place in the Southern Division of the South Atlantic League.

The RiverDogs will go for the split of the four-game series with Augusta on Sunday afternoon as Charleston sends RHP Luis Cedeno (1-1, 3.38) to face the GreenJackets ace, RHP Phil Bickford (1-4, 2.72) with the first pitch scheduled for 2:05pm at Lake Olmstead Stadium. The RiverDogs will then head to Greenville for a three-game tilt with the Drive before they host Kannapolis from June 2-4 at Riley Park.