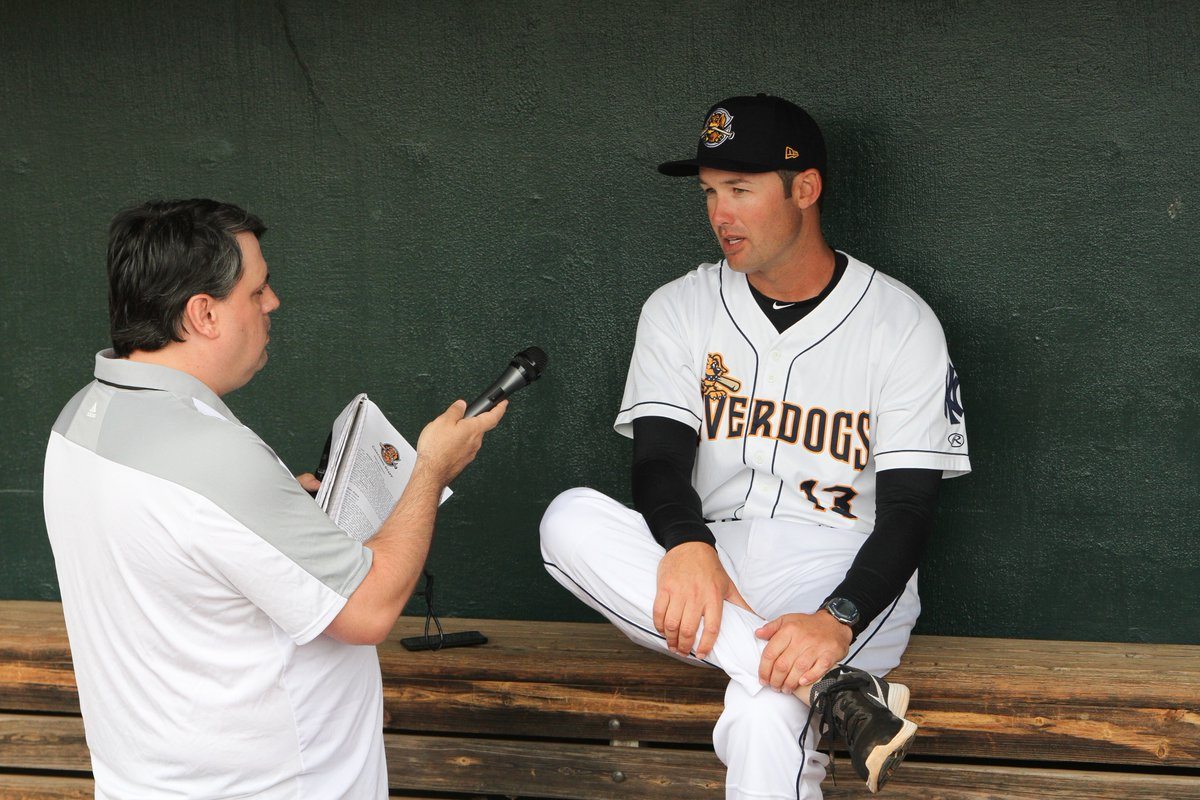 Pat Osborn looked comfortable in his first Media Day with the Charleston RiverDogs. After winning Manager of the Year honors in the Florida State League last year as the Tampa Yankees skipper, Osborn is confident about his team in Charleston this year.

Before being named manager of the Dogs, Osborn had never been to Charleston. “I’ve heard great things. This is my first time in Charleston. Everyone I’ve talked to that have either played here, or been on vacation here, or lived here absolutely raves about the place. I’m looking forward to what Charleston has to offer. I’ve heard nothing, but good things about the stadium and the crowds and I’m fortunate to be here,” Osborn said.

Here are some other tidbits from Media Day: