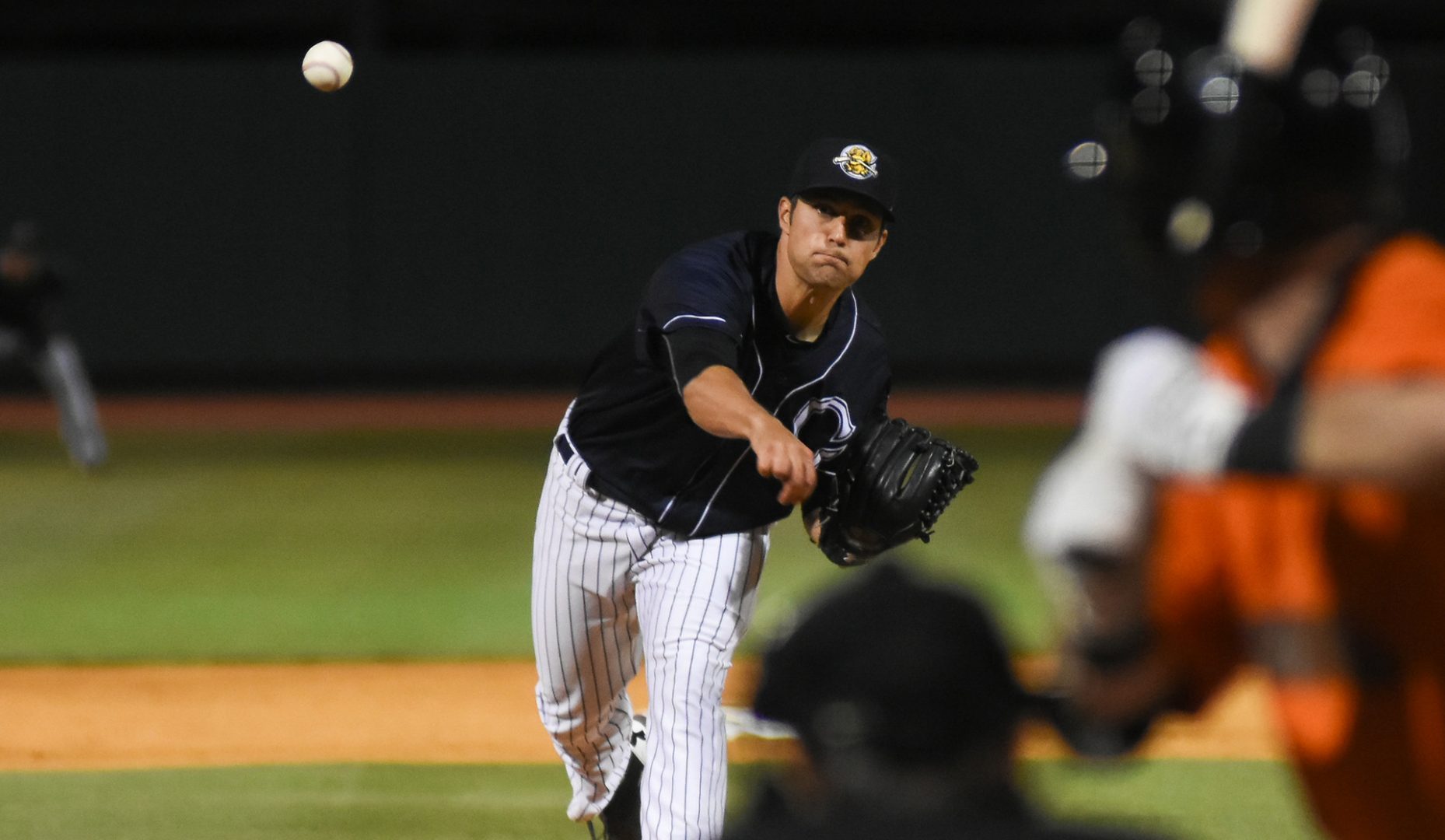 “It’s really, really cool. To be able to go out into the community and give back, help out kids or families or whoever may be not as fortunate as all of us. It’s a special opportunity to brighten somebody’s day,” RiverDogs manager Patrick Osborn.

Here are some news and notes from this week’s action:

The week started with the RiverDogs visiting Columbia to face off against the Fireflies. They were rained out Monday and Tuesday. Monday’s game will be made up as a part of doubleheader June 10 in Columbia. They made up Tuesday’s rain out with a doubleheader on Wednesday getting shutout 3-0 in game one and bouncing back to win a rain-shortened five inning game 10-5.

Donny Sands has been red hot as of late. In his last nine games, Sands has gone 15-for-33 which computes out to a .454 average. He’s now hitting .268 on the season and has driven in 15 runs. He’s also been improving behind the plate defensively. He was having an issue with passed balls, but has cleaned up that part of his game. Sands has also had issues throwing out runners. Entering Sunday’s game, Sands had thrown out 15 of the 44 runners attempting to steal against him for a 25% success rate. With that said though, Sands is a converted third baseman who has worked hard to improve defensively.

The New York Yankees released Kolton Mahoney after Friday night’s game against the Drive, a game in which he pitched three innings allowing one earned run on three hits while striking out three. Mahoney was 1-2 with the RiverDogs with a 1.85 ERA. He pitched 24 and one-third innings while allowing 24 hits. He struck out 26 while walking only seven batters. Hobie Harris, who started the year with the Tampa Yankees, was sent down to Charleston.

Hobie Harris went 2-3 with a 3.48 ERA with Tampa in 11 games out of the bullpen. He’s pitched 20 and two-thirds innings and has struck out 21 batters on the season. He’s been wild so far this year allowing 13 bases on balls.

The RiverDogs face the West Virginia Power for three games starting Memorial Day at 7:05 PM. “We’ve seen them now two series. We see them a lot in spring training. The guy we’re facing tomorrow (Cam Vieaux) is a pretty good left-handed pitcher. I think he’s leading the league in ERA. They got a solid team. They do a little bit of everything. They’ll steal bases. They pitch well. They got some guys who hit the ball over the fence. It’ll be another challenge for us, they play good baseball,” Osborn said of West Virginia. Vieaux is currently 2-0 on the season with a 1.38 ERA in seven starts. He’s pitched 39 innings allowing just 34 hits while striking out 21 batters. He’s only surrendered six walks on the season and has a 1.077 WHIP.