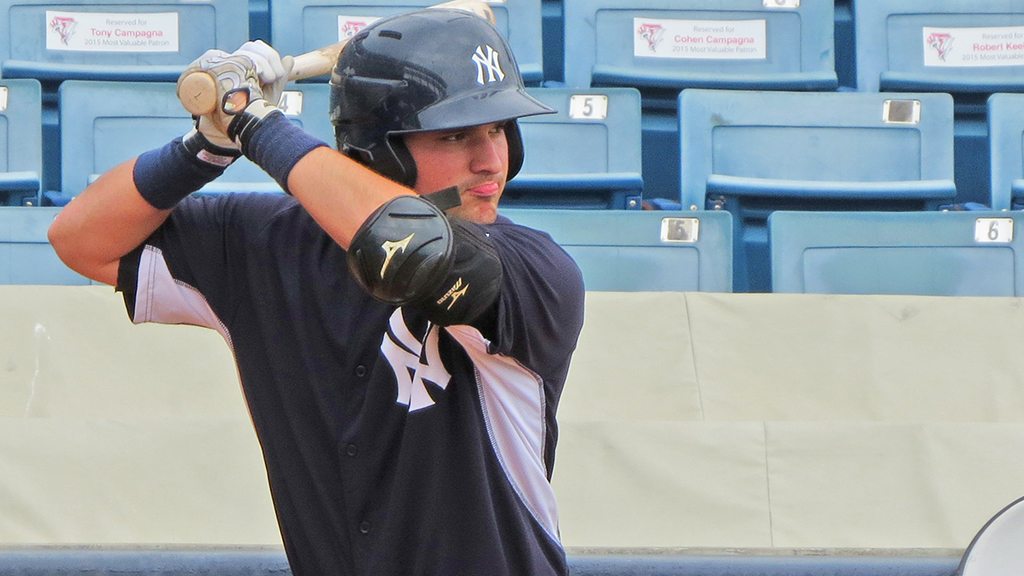 Manager Luis Dorante returns for his third year with the RiverDogs and updates us as to how he’s going to handle the glut of high quality middle infielders, the unsettled situation with his rotation and the status of catcher, Luis Torrens.

On the starting rotation: “That’s something I have to talk with (pitching coach Justin) Pope about it. Not being with him yesterday hurt me,” Dorante said about the rotation. He spent yesterday with his family in Fort Lauderdale spending time with his family before heading to Charleston to start the season.

On his plans for the middle infield: “At third base, we have a combination of Angel Aguilar and Thairo Estrada. At shortstop, we have Hoy Jun Park and we also have Kyle Holder. Those two guys are our shortstops. We’re probably going to spend some with Park at second. But majority of the time, they’re gonna be at shortstop. Holder you’re also gonna see some time at second. Something similar that we had with (Abital) Avelino and (Tyler) Wade a couple of years ago. We thought of those two guys, they were good shortstops, then we develop some skills at second base. I think we’re going to do the same thing also with Holder and Park. Estrada can also play second and Aguilar can also play second base. So we gonna have a lot of guys who can play up the middle.”

On the status of catcher, Luis Torrens : ”Luis is going to be shut down for a little bit. There’s irritation on the bone, over on the labrum that’s going to take some time. We’re going to start with Navas and Hadad who has experience from last year. When Torrens gets ready, obviously we’re going to see him here.”

On his outlook on the 2016 RiverDogs: “We have a good team, a lot of expectations every year. We have a lot of expectations, not just from myself, but from the people who put the team together down in Tampa. We’ll be able to put a good show on the field and hopefully we can develop those players for the major leagues and I think we’ve done a good job with that.”