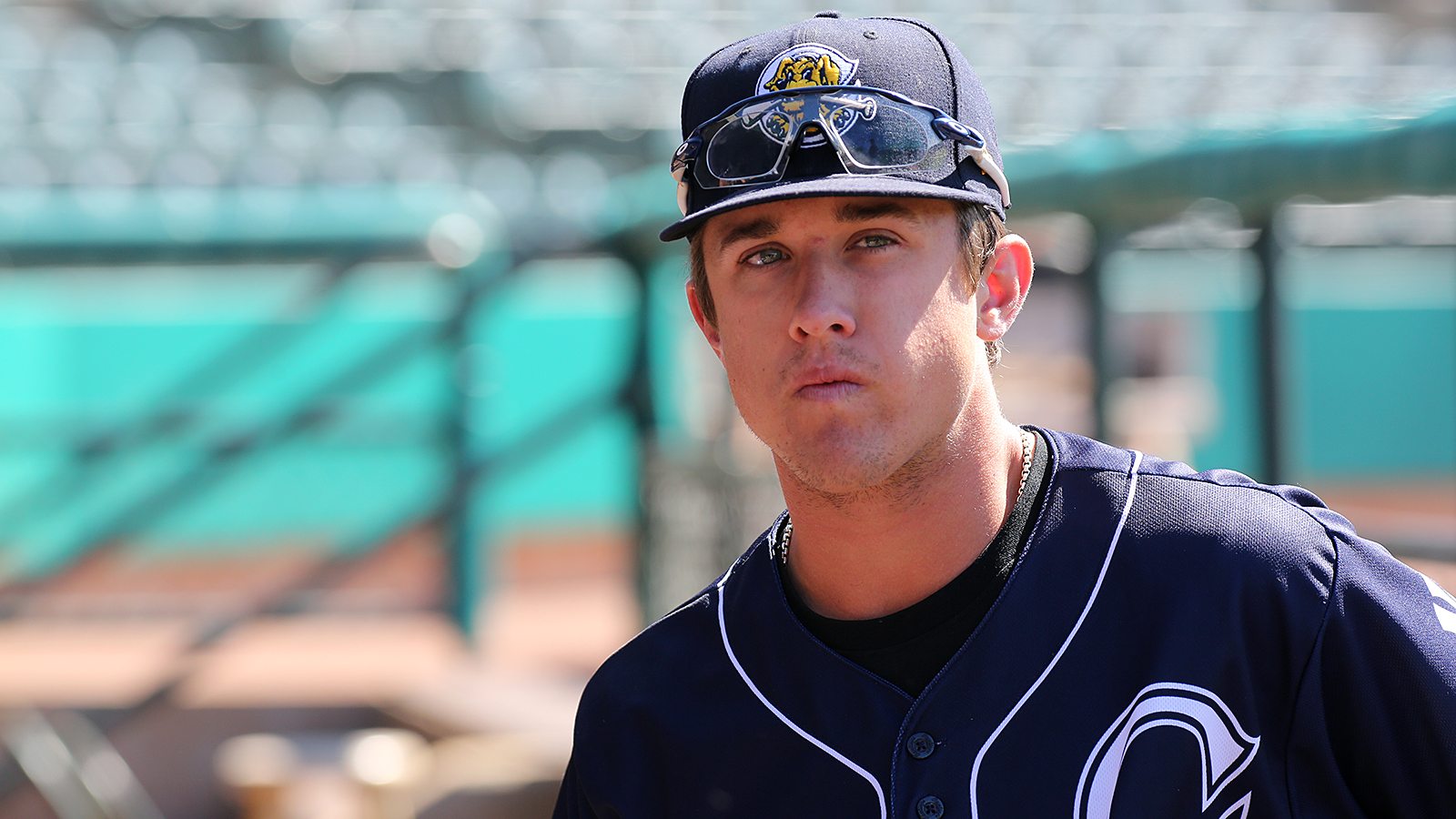 Feature Sized – Charleston RiverDogs centerfielder Blake Rutherford in the dugout before a game against the Lakewood BlueClaws at Joseph P. Riley, Jr. Park in Charleston, SC on Wednesday, May 3, 2017. (Martin Griff)

The Charleston RiverDogs look to salvage the final game of a three game series with the Lakewood BlueClaws at Joe Riley Park Thursday night. Brian Keller (2-1, 3.18 ERA) gets the start for the RiverDogs, who have slipped below .500 on the season at 13-14.

Despite the loss, the bullpen was excellent again, allowing two runs, both earned, over six and two-thirds innings between Raynel Espinal and Christian Morris.