[RiverDogs Preview] Speed and Arms will Lead Charleston in 2019 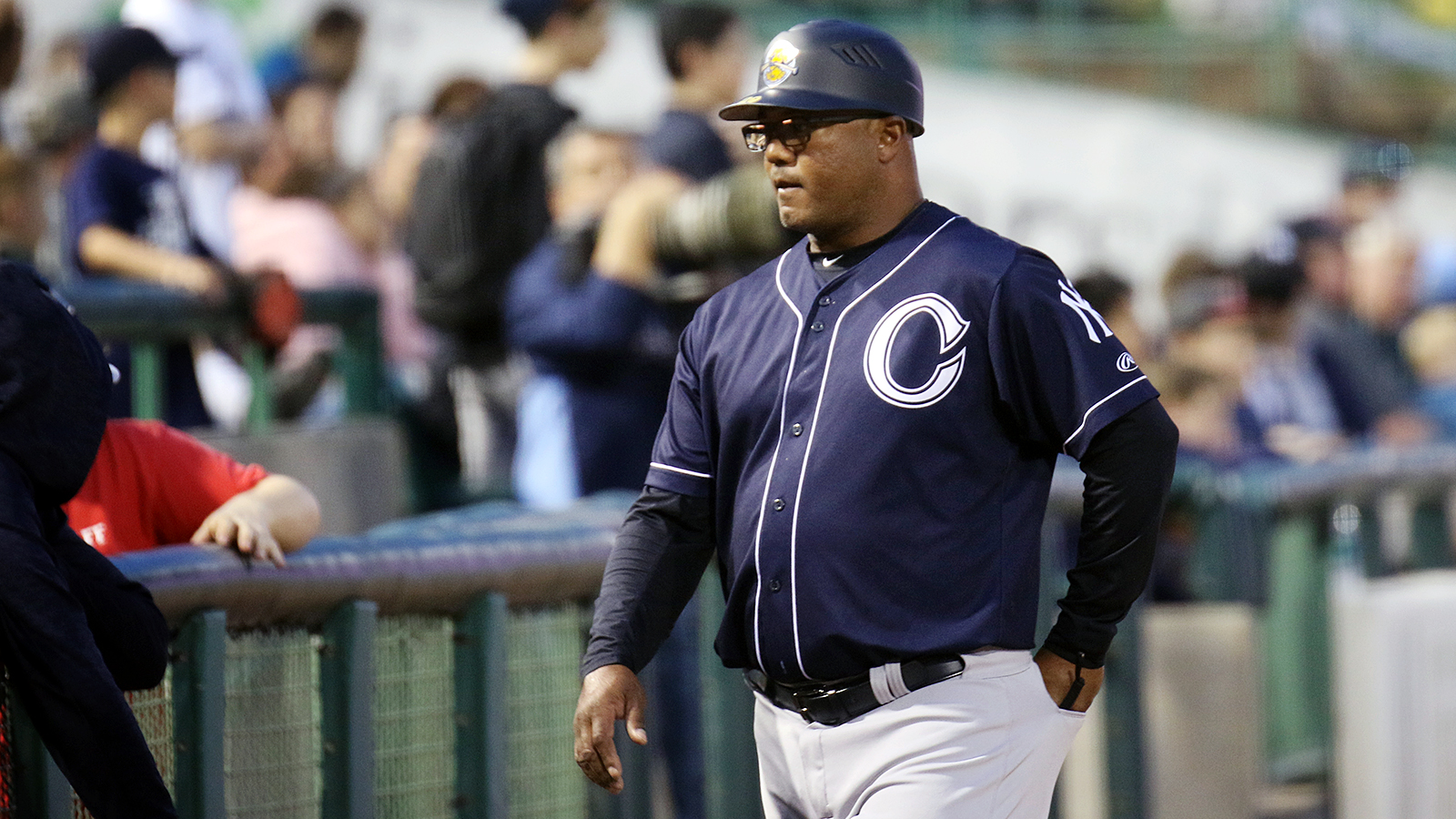 Charleston RiverDogs Manager Julio Mosquera against the Lakewood BlueClaws in Lakewood, NJ on Thursday, May 10, 2018. (Photo by Martin Griff)

Charleston can expect a RiverDogs team with strong pitching and an offense that will score runs in many different ways when the season starts in earnest on the road against the Columbia Fireflies on April 4.

RiverDogs manager Julio Mosquera talked about that on Media Day at Joe Riley Park in Charleston.

“We’re going to utilize the speed and the power we have and I think it’s really good to have those choices on your team. We have some guys that can run a little bit and they can use that to their advantage to make it more fun for us to try to score some runs and create some stuff to try and put our team ahead,” Mosquera said. 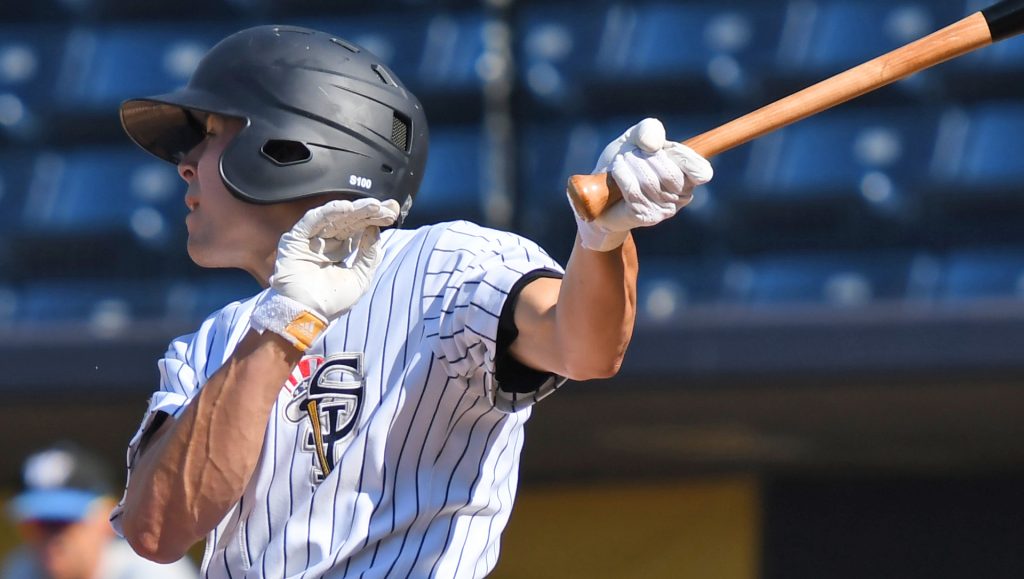 Brandon Lockridge is one part of a speedy outfield trio that could steal a lot of bases for the Riverdogs in 2019. (Robert M. Pimpsner)

Stowers spent his first year of professional baseball in Everett of the short-season A Northwest League in the Seattle Mariners system. He swiped 20 bases in 24 attempts and had an on-base percentage of .380 while batting at a .260 clip in 58 games.

Pasteur split last year between the Rookie Gulf Coast League Yankees East squad and the short-season A Staten Island Yankees. He stole 11 bases in 16 attempts combining his stats from both levels.

Lockridge used his speed to win a collegiate Rawlings Gold Glove award while at Troy and is coming off an injury-shortened first season in professional baseball. Lockridge is also the career leader at Troy University with 14 triples.

“I think it’s special and those guys are special players and they’re going to help us out a lot,” Mosquera said. 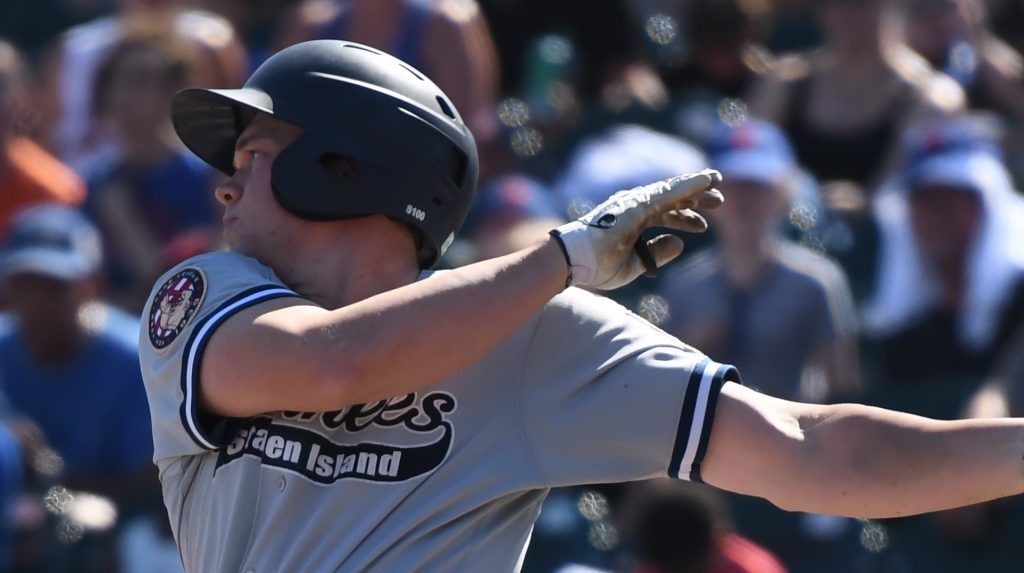 2018 second round draft pick Josh Breaux shares duties with returning catcher Eduardo Navas. Breaux had a shortened 2018 as he struggled with a hamstring injury. In 27 games at Staten Island, Breaux slashed .280/.295/.370 while driving in 13 runs and collecting 9 doubles.

When asked if he felt any pressure being a second round pick, Breaux said, “It’s baseball, this is the sport I’ve always played. I love this sport, I don’t feel any pressure. I just go out and have fun.”

Navas gives the Dogs a steady defensive presence behind the plate and will provide guidance to the young pitching staff.

Mickey Gasper and Eric Wagaman will share duties at first base. Max Burt spent time playing all the infield positions with the Pulaski Yankees of the Rookie Appalachian League producing a .274/.347/.366 slash line. He figures to see most of his time at shortstop and second base as he did with the Pulaski Yankees. Nelson Gomez looks to anchor down third base and clocked 11 home runs in 58 games with Pulaski. Eduardo Torrealba will flip between shortstop and second base with Burt, also seeing some time at third base.

The pitching staff is set up with all right-handed pitchers featuring plenty of hard throwers. The starters all throw fastballs in the mid-to-high 90s. Roansy Contreras, Luis Medina, Luis Gil, Tanner Myatt, Matt Sauer, and Alexander Vizcaino are part of the six-man rotation the RiverDogs will employ. Many of this year’s RiverDogs pitching staff graduate from a dominant 2018 Staten Island pitching staff that led the New York-Penn League with a 2.60 ERA and 1.19 WHIP.

RiverDogs manager Julio Mosquera is looking forward to his second season in Charleston. “I’m happy to be back here. This is a great baseball town. It started with the front office to the fans and they really welcome you here. It’s fun to be a part of this team. And being here for the second year now, I’ll know a lot of familiar faces and a lot of people from the year past and it’ll be fun,” Mosquera said.