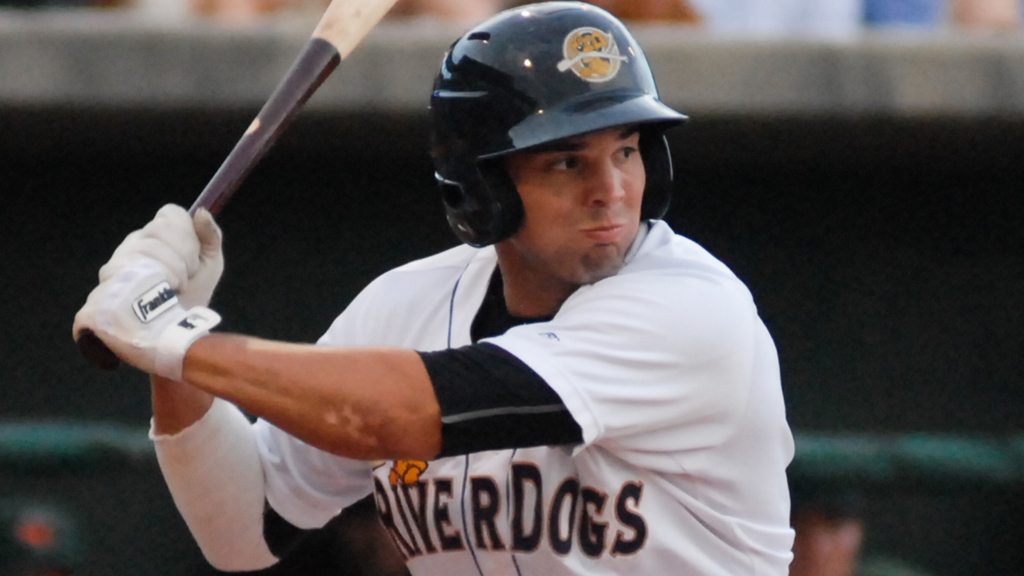 The Charleston RiverDogs rallied past the Rome Braves 4-3 to tie up the best-of-three South Atlantic League semifinal series, 1-1, Friday night at Joe Riley Park in front of 5135 raucous fans. The Dogs scored four runs in a furious seventh inning rally after trailing Rome 3-0 much of the game.

Rome jumped out to a 1-0 lead in the first inning when Ray-Patrick Didder scored when Jared James grounded to shortstop Kyle Holder who threw out Austin Riley at second base.

The Braves struck twice in the top of the fourth to take a 3-0 lead. The trouble started when RiverDogs starter Daris Vargas hit Jared James with a pitch to start off the inning. After retiring Jonathan Morales with a pop out to first, Tyler Neslony ripped a triple into the left field corner scoring James for Rome’s second run. Vargas then struck out Carlos Castro for the second out of the inning. Vargas then lost the strike zone by walking Josephina and Alejandro Salazar to load the bases. Vargas then hit Ray-Patrick Didder to drive in the third Braves run.

Kolby Allard, who the Atlanta Braves selected with the 14th overall selection of the 2015 draft, started for Rome and kept the RiverDogs in check allowing no runs in six innings pitched and giving up only three hits.

The score would remain 3-0 until a furious seventh inning saw the RiverDogs storm back and take the lead. Chase Johnson-Mullins (0-1) came into relieve Allard and struck out leadoff hitter Estevan Florial. After Florial struck out, Kane Sweeney and Hoy Jun Park drew successive walks. Cesar Diaz then singled up the middle scoring Sweeney.

The Braves then went to the pen again and brought in Corbin Clouse. Holder then walked to load the bases setting the stage for Vince Conde. Conde hit a seeing-eye single between second baseman Josephina and first baseman Castro to drive in two runs to tie the game at three. Jhalan Jackson then came up and scorched a grounder to third that Austin Riley could not handle scoring Holder to give the Dogs a 4-3 lead.

Taylor Widener came and shut down the Braves in relief of Vargas to earn the victory (1-0). He pitched four and a third innings allowing only one hit while striking out six runs, walking no one. “He’s been like that all year. I think he’s one of those guys coming out of the bullpen and throws strikes, he’s 90-plus, got a good slider. He pretty much kept us in the game after Vargas. I give a lot of credit to him,” RiverDogs manager Luis Dorante said of Widener’s effort

Widener approached the game like every other game this year. “It’s a fun game, just gotta keep going out throw every game like it’s the same. You just gotta go out there and get ahead of batters and let your abilities work. We’re all here for a reason,” Widener said.

Andrew Scwhaab came in the ninth to close it out for the Dogs for his first save of the playoffs. He made it interesting by walking the leadoff hitter Castro. Pinch runner Anfernee Seymour had made it to third , but Schwaab struck out Didder looking with a nasty slider to end the game and knot up the series at one.

Holder had this to say about the RiverDogs game two effort, “I mean we work on it every day, we’ve been here since April. We work on putting ourselves in situations like that and try to get the job done. Schwaab got into a little trouble, but he’s been a stud all year. It was awesome.”

His manager Dorante echoed his sentiments. “I mean this team never gives up. Especially with a good starter for them. We were able to get him out of the game in the sixth and then we got to the bullpen. That bullpen is pretty good. We put some hits together here and there and kept the ball out of the air, which is not good for us in this ballpark. We were able to get some ground balls, got through it. That error right there by that third baseman gives up a chance to score that go-ahead run.”

The RiverDogs also fed off the energy of the crowd. “I mean the support of the fans they’ve given us all year round is unbelievable, incredible. We need them so we can get that adrenaline for the players and then here it is, we got it and got the win tonight,” Dorante said.

“This is awesome atmosphere we play in and to just get the opportunity to go out and perform, get a win for the crowd like that was pretty special,” Holder added.