RiverDogs Show off Hitting Power as They Blow out the Crawdads in Game Two. 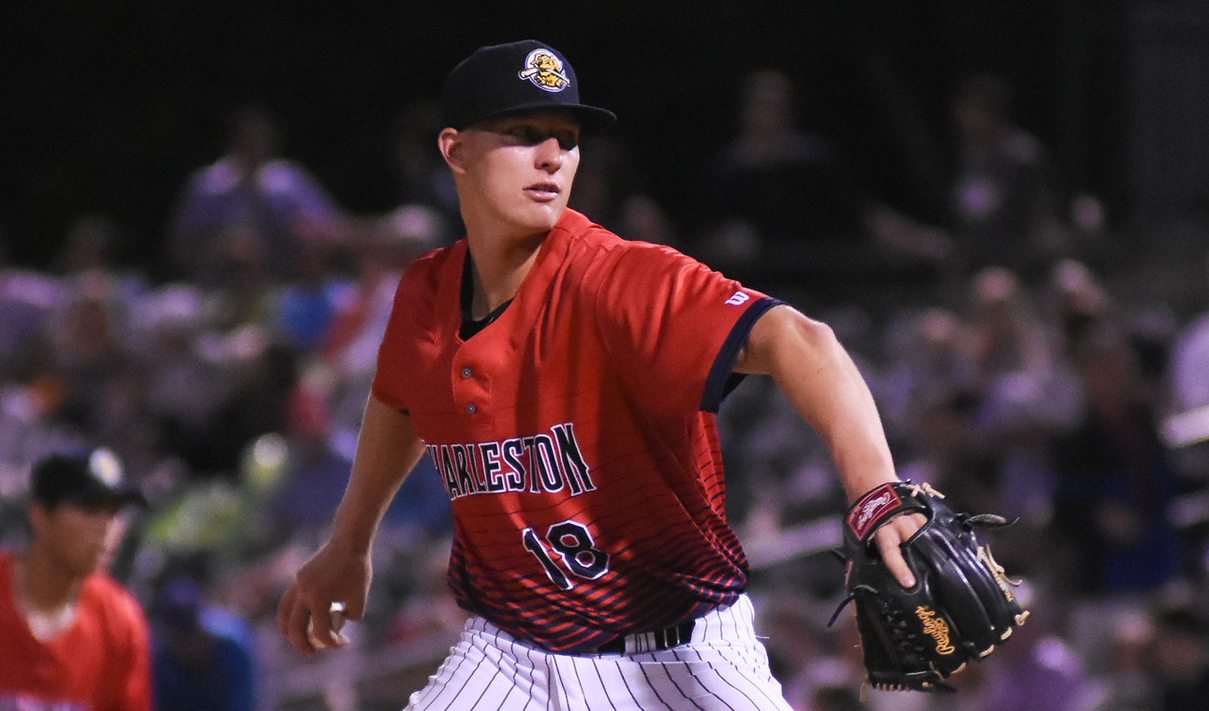 HICKORY, N.C.— It became the 13th game this season that the RiverDogs put up more than 10 hits in a ball game and the third time everyone in the starting line-up collected a hit as they blew out the Crawdads 14-4. RiverDogs starter Brian Keller set a new career high in strike outs as he punched out 10 batters in 6.0 innings of work.

Charleston (17-17) set the tone from the start putting up six runs in the first inning. Center fielder Estevan Florial led off the inning with a walk and designated hitter Isiah Gilliam followed with a single. Short stop Hoy Jun Park hit his third triple of the season out to right center scoring both runners making it 2-0. Right fielder Blake Rutherford kept the train moving with a single that scored Park. First baseman Brandon Wagner hit into a fielder’s choice moving Rutherford to third. Third baseman Oswaldo Cabrera hit a sacrifice fly that scored Rutherford. Left fielder Ben Ruta singled, then second baseman Diego Castillo singled to drive in Wagner and Ruta making it 6-0.

The RiverDogs continued to pile on runs as they added in the second. Park and Rutherford hit back to back singles, then catcher Donny Sands got his 10th RBI of the season with a single that scored Park. Wagner loaded the bases with one out and Cabrera drove in two more with a single making it 9-0.

Brian Keller (3-2, 3.89) set down the first ten batters he faced, striking out seven before surrendering the Crawdads (12-21) first hit in the fourth inning.

Keller wouldn’t get rattled till the fifth. Designated hitter Alex Kowalczyk and third baseman Ti’Quan Forbes hit back to back singles to start the inning. With one out, Isaias Quiroz doubled to score both runs making it 9-2.

After remaining quiet and hit-less since the second, Charleston’s offense came alive again in the eighth. Ruta and Castillo hit back to back singles to start the inning, then a double by Florial scored Ruta and moved Castillo up to third. Gilliam singled to score Castillo. With one out, Rutherford hit a sacrifice fly to center scoring Florial making it 12-4.

The RiverDogs continued the barrage in the ninth adding two more runs. Ruta and Castillo hit back to back triples, and a sacrifice fly by Florial capped Charleston’s scoring making it 14-4.

Charleston looks to sweep the series in game three on Friday night at 7PM. The RiverDogs will send to the hill right hander Nick Nelson (0-2, 7.16) and the Crawdads will counter with righty Edgar Arredondo (0-2, 7.50).  The game will be broadcast on WTMA 1250 AM in the tri-county area and online streaming at riverdogs.com and the TuneIn Radio app under the “Charleston RiverDogs” station.