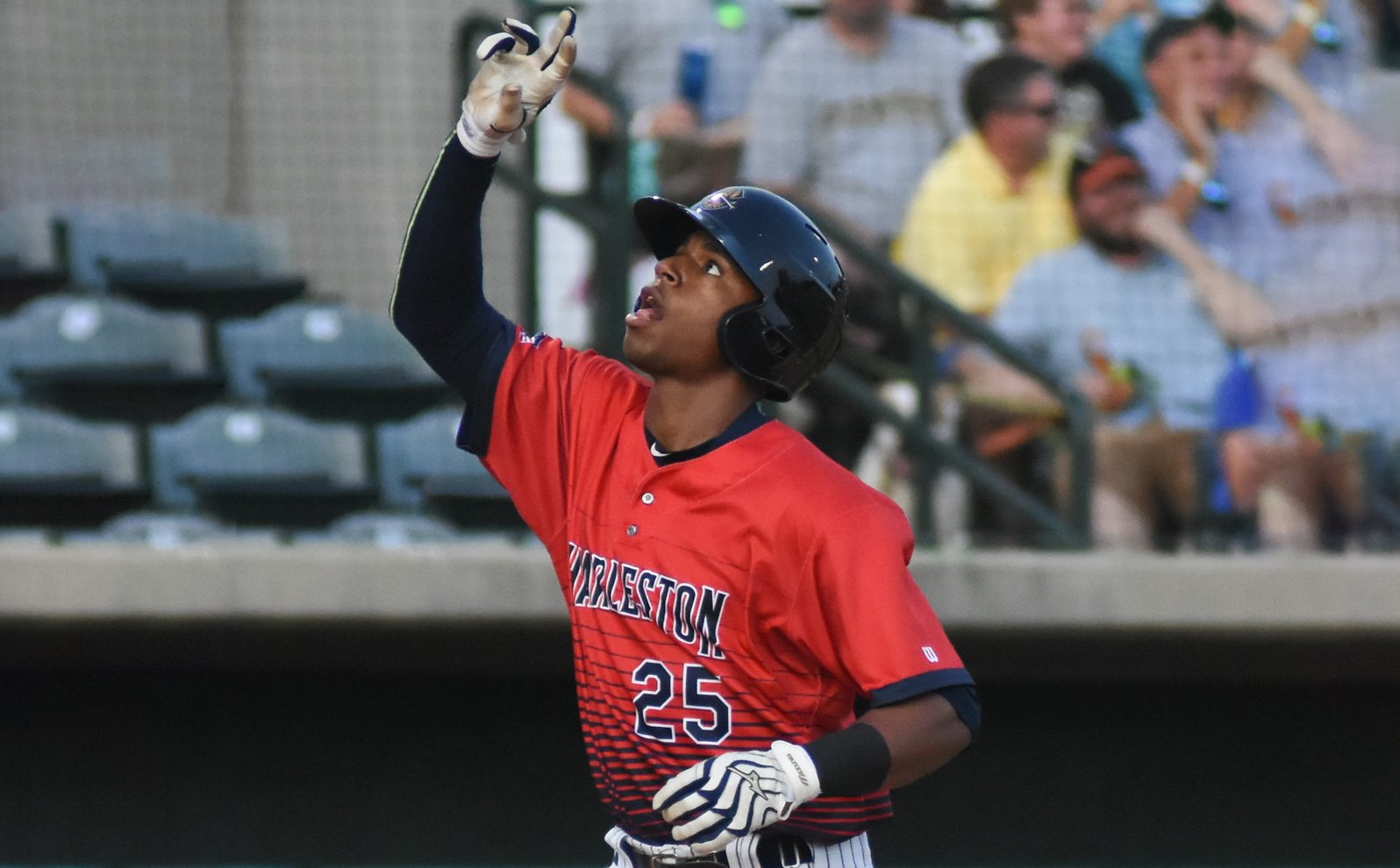 Isiah Gilliam points to the sky while rounding the bases after hitting a homerun from the RiverDogs. (Jerry Coli)

Orozco and Power starter Cam Vieaux (L, 2-1) kept the offenses silent for the first three innings until the RiverDogs broke through in the bottom of the fourth. Blake Rutherford flared a one-out double down the left field line. After Donny Sands had grounded out to shortstop, Isiah Gilliam lined a home run, his fourth of the season, over the right field wall to make the score 2-0 for Charleston.

“Big two-run homer by Isiah. He got all of that ball. It’s not easy to do an opposite field line drive home run in this park, so great swing by Isiah,” RiverDogs manager Patrick Osborn said. 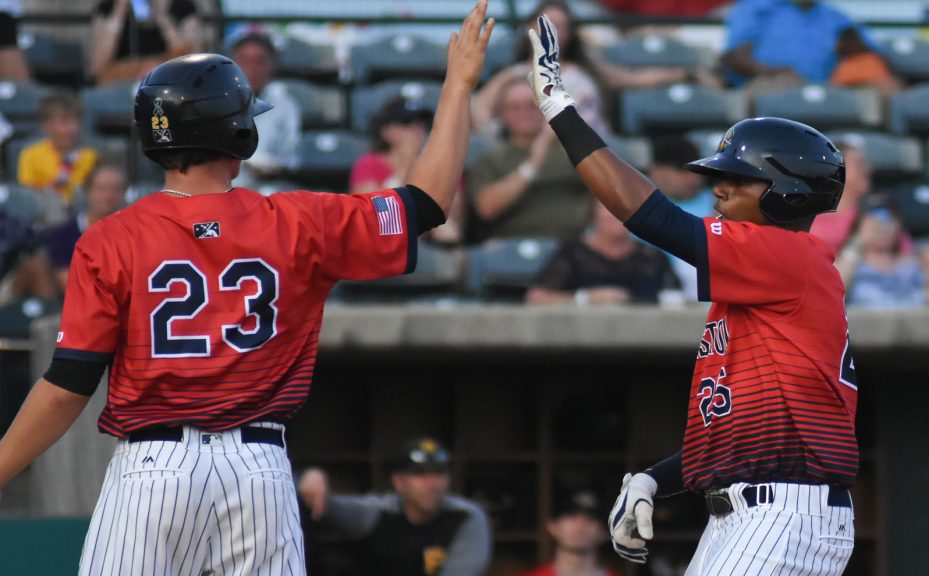 Isiah Gilliam is welcomed at the plate by Blake Rutherford after hitting a home run. (Jerry Coli)

The Power would come back in the sixth off Orozco. Albert Baur singled to right field, followed by a walk from Carlos Munoz. Arden Pabst singled to center field on a ball that was lost in the twilight sky by Blake Rutherford in centerfield that scored Baur to make it 2-1. On the play, Hoy Park cut off the throw coming into home and was able to get Munoz out in a rundown. Pabst advanced to second during the play. Carlos Munoz singled to right-center field to chase Pabst home and tie the game at two.

“In the inning, they scored their runs; Blake loses the ball in that twilight of the sky there. If that doesn’t happen, who knows, maybe Jio gets out of the sixth with no runs,” Osborn said. “Really good job by Jio tonight. He did a really good job of controlling the strike zone and staying under control, keeping his effort level down which in turn he was able to throw more strikes. Credit to him.”

In the sixth, Charleston would get a one-out chopping single that bounced over third baseman Hunter Owen. Donny Sands followed that with a double to right field that scored Rutherford and gave the RiverDogs the 3-2 lead.

The bullpen would keep it that way for the Dogs with a combined effort from Trevor Lane and closer Garrett Mundell. Lane would earn his third hold of the season pitching two innings, striking out two and not allowing a hit. Mundell would get his fifth save of the year pitching the ninth, allowing one hit while striking out two. “They don’t miss a beat. They’ve been a rock that we can lean all year long and great job tonight picking up three of three, the three most crucial innings of the game. Nice job by those two,” Osborn said of his bullpen duo.

The RiverDogs improve to 26-24 on the season while the Power falls to 22-25. The two teams continue their three-game series Tuesday night at Joe Riley Park for a 7:05 start.