RiverDogs Sputter in 6-2 Loss to Legends 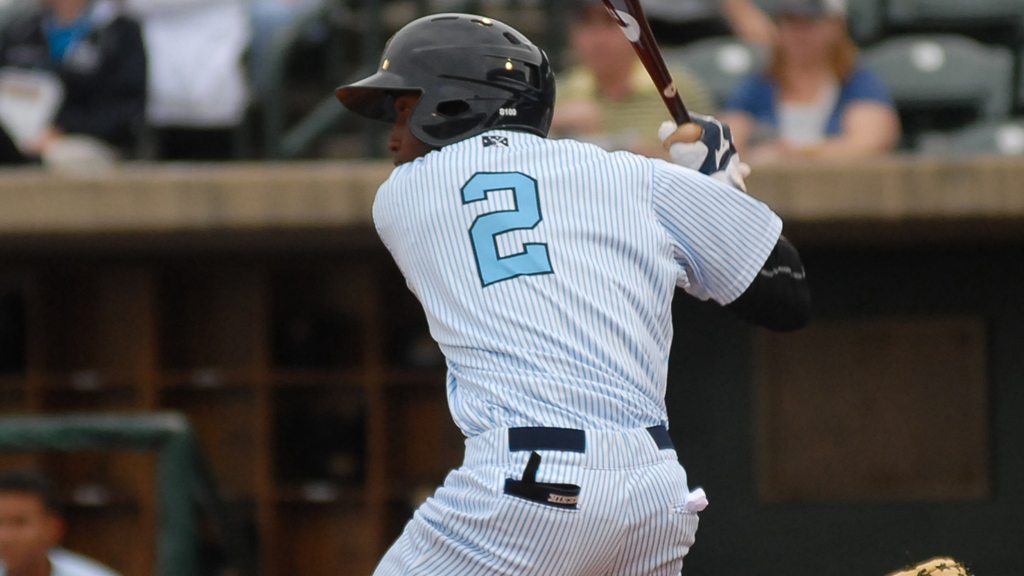 LEXINGTON, KY — Jorge Mateo led off Thursday night’s game with a home run to left field, but the Charleston RiverDogs did not score another run until the ninth inning and fell 6-2 to the Lexington Legends, Thursday night at Whitaker Bank Ballpark.

Lexington (11-16) responded to Mateo’s homer with a run of its own in the bottom of the first. Corey Toups laced a double to left, stole third, and then scored on a wild pitch by Charleston (17-10) starter Joey Maher.

The Legends broke the 1-1 tie in the bottom of the third. With runners on second and third, Elier Hernandez singled to left and drove in two runs. Hernandez stole second base and came home on Alfredo Escalera’s RBI double. Wander Franco, the next batter, plated Escalera with a single.

The five runs of support were plenty for Lexington’s starter Zach Lovvorn (1-3). Lovvorn, who closed out the Legends’ 3-2 win over the RiverDogs on Opening Day, was able to shake off Mateo’s leadoff shot and went six solid innings in his first win of the season. Joey Maher (1-1) only lasted three innings for the RiverDogs and took the loss.

Lexington added one more run to their total in the bottom of the seventh. Ryan O’Hearn hit an RBI single to center that scored Corey Toups, who stole second base and advanced to third on a throwing error by Charleston’s catcher Isaias Tejeda. The RiverDogs committed a season-high five errors in the game, while the Legends stole eight bases.

Charleston scored their second run of the game in the top of the ninth. Dustin Fowler hit a double to lead off the frame and scored two batters later on an RBI groundout by Connor Spencer.

COMING UP: The RiverDogs wrap up their three-game series with the Legends Friday at 7:05 p.m. Charleston will send LHP Justin Kamplain (1-3, 3.95 ERA) to the mound against RHP Torey Deshazier (2-1, 2.42 ERA) for Lexington. You can watch listen to the action on “The Big Talker” 1250 WTMA, WTMA.com, and RiverDogs.com.

Charleston remains on the road for five more games before returning home to The Joe for a four-game, weekend series against the Greenville Drive. The four games will feature a Budweiser Thirsty Thursday, Home Telecom Fireworks on Friday, the Run Forrest Run 5K on Saturday, and Boeing Employee Appreciation Day on Sunday.