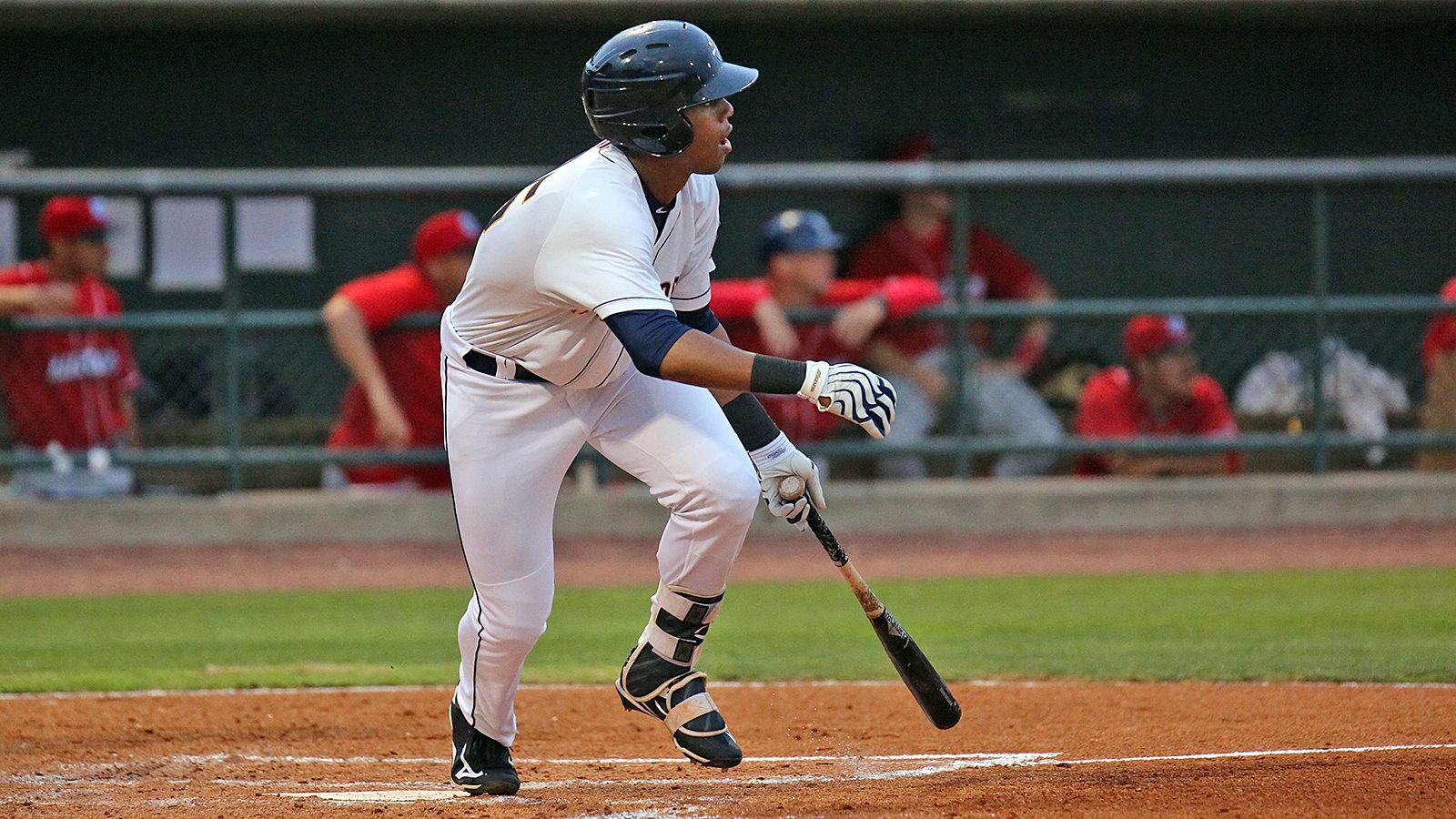 The Charleston RiverDogs walked off against the Columbia Fireflies by the score of 4-3 in 10 innings Wednesday night at Joe Riley Park in Charleston.

The RiverDogs broke out in the fourth off Fireflies starter Justin Brantley to take the lead. Pablo Olivares started things off with a single through the right side of the infield. After Eduardo Navas flew out to Jay Jabs in left, Carlos Vidal doubled to right center field to chase Olivares home. On the play, Vidal would end up scoring when second baseman Luis Carpio tried to get Vidal advancing to third and fired it into the dugout to score Vidal and make it 2-0 Dogs. Diego Castillo would fly out to Jabs and then Brantley walked Brandon Wagner and Isiah Gilliam. Steven Sensley then doubled to right field which plated Wagner for a 3-0 lead.

Columbia would tie the game up in the fifth off of Dogs starter Freicer Perez. Perez walked Ian Strom and Colby Woodmansee to start the inning. Arnaldo Berrios then singled off of Perez to load the bases. Vinny Siena followed with a single to right field to score Strom and Woodmansee and bring the Flies to within 3-2. Andres Gimenez then dropped a sac bunt to bring home Berrios to tie the game at three. Perez would then retire Carpio to ground out to second base to end the inning.

“(Perez) lost focus. We get three runs in the bottom of the fourth. He’s cruising up until then, there’s a long break, he just didn’t go out there with the right focus and walked three guys and two of them score and we were able to get out of it. He’s been so good of late, tonight was just a little hiccup,” RiverDogs manager Pat Osborn said.

Things would remain tied until the bottom of the 10th inning with the Dogs facing Keaton Aldridge (L, 0-1) who had come in to pitch for the Fireflies. Aldridge gave up a lead off single to Vidal and then Castillo put down a bunt to get Vidal to second, but Castillo beat everyone to first base for a hit. On the play, Vidal made it all the way to third base. The Fireflies then opted to intentionally walk Wagner to load the bases to face Gilliam. Gilliam would make the Flies pay when he lined a single to center against the drawn-in infield to score Vidal and give the Dogs a 4-3 win.

Phillip Diehl pitched four scoreless innings in relief of Perez allowing just one hit and striking out seven flies. Luis Cedeno (W, 5-0) pitched a scoreless 10th to earn the victory. “Phillip Diehl basically comes in and saves the game for us. Our bullpen’s been beat up. He’s able to give us some length there and Cedeno came in and pitched a scoreless tenth and (Gilliam) comes up with the big knock. Big team win,” Osborn said.

Carlos Vidal would end up going 4-for-6 on the night for the RiverDogs while scoring two runs.

The RiverDogs took two-of-three from the Fireflies and welcome the Greenville Drive, Boston Red Sox affiliate, to town for a four game set starting Thursday night for a 7:05 PM start at Joe Riley Park.