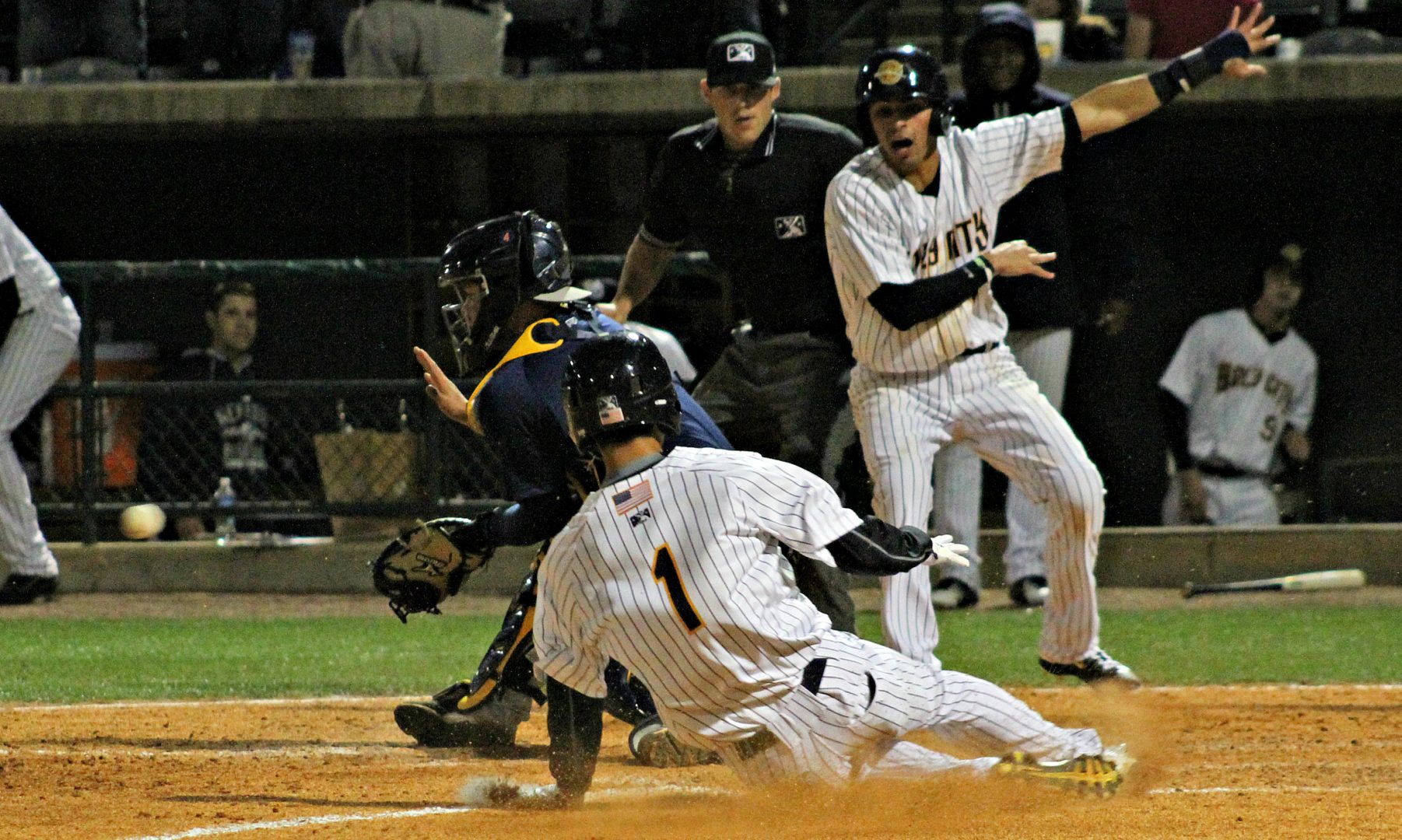 For the third time in four days, the Charleston RiverDogs walked off over Columbia as they clinched the opening series of the season on a two-run single by Thairo Estrada in the bottom of the ninth in front of 4,087 at The Joe on Sunday night.

With a 2-1 count, bases loaded, and nobody out, Estrada hit a high chopper over Fireflies first baseman Jeff Diehl into right field scoring Angel Aguilar and Hoy Jun Park, capping off the third walk off victory for the RiverDogs.

Charleston kept fighting back all game and didn’t look back.  In the bottom of the eighth, leading by a run, Witt Haggard (0-2) entered for the save opportunity.  Haggard worked a 1-2-3 inning with two strikeouts, but the ninth inning was not as generous Haggard issued three back-to-back-to-back walks to the RiverDogs’ 8-9-1 batters, which led to Estrada’s walk off two RBI single to right, handing Haggard the blown save and his second loss.

Down 5-2 in the seventh, Aguilar led things off with a scorching homerun that wrapped around the left field foul pole for the first RiverDogs dinger of the season.  Columbia’s reliever, Seth Davis, then plunked the next batter, Eduardo Navas.  After a strikeout, Estrada roped a triple into deep right center field coring Navas easily to make it 5-4.

Estrada went 2-for-5 with a triple, three RBI’s, and the game winning single.

Carroll came in inheriting bases loaded with two outs, down 2-0, and promptly struck out Vinny Siena to get out of the jam.  Carroll worked another 1.2 innings giving up three runs (one earned) on four hits, three walks, and five strikeouts.

Columbia struck for two in the fifth as Dash Winningham led the inning off with a single to center and J. C. Rodriguez followed with a triple to right-center, but would score on a throwing error on Estrada during the relay.

Charleston’s bullpen came to the rescue as Travis Hissong and Andrew Schwaab (2-0) worked the final 4.2 innings giving up just three hits, no runs, and three strikeouts, holding the Fireflies at bay.

Trouble found Charleston again in the top of the fourth as Joe Tushcak led off the inning with a double to left center.  After a passed ball that allowed Tuschak to advance to third, and a strikeout of Wilson, Kevin Kaczmarski drove in Tuschak with an RBI single to left field that made it 3-0 Fireflies.

The RiverDogs brought the game within a run in the bottom of the fourth with two runs of their own. Trey Amburgey got the rally going with a double to right field, which was then followed by two more doubles to left from Chris Gittens and Connor Spencer.  Both Gittens and Spencer picked up the RBI’s.

Kevin Canelon got the start on the bump for Columbia, working four innings of five hit ball, giving up two runs on two walks, and six strikeouts.

The RiverDogs unveiled their new Holy City Sunday jerseys for the first time this season, which saw great action in the 6-5 come-from-behind win against Columbia.  The RiverDogs will rebrand themselves as the “Holy City RiverDogs” for every Sunday home game this season as they celebrate Charleston’s unique namesake and history.

The RiverDogs, the Class-A affiliate of the New York Yankees, will begin their second series of the season, a three game stint with the Asheville Tourists, the Class-A affiliate of the Colorado Rockies, beginning on Monday, April 11th. The RiverDogs present their first Blackbaud Dogs With A Cause Dog Day in association with Camp Bow Wow. The RiverDogs will roll out RHP Brody Koerner (NR, 0.00) while the Tourists will send RHP Trey Killian (NR, 0.00). For those that can’t make it out to the ballpark, the game can be heard on WTMA 1250 AM and online at riverdogs.com. Ticket information may be secured by contact the box office at (843)577-DOGS (3647) or online at www.riverdogs.com.