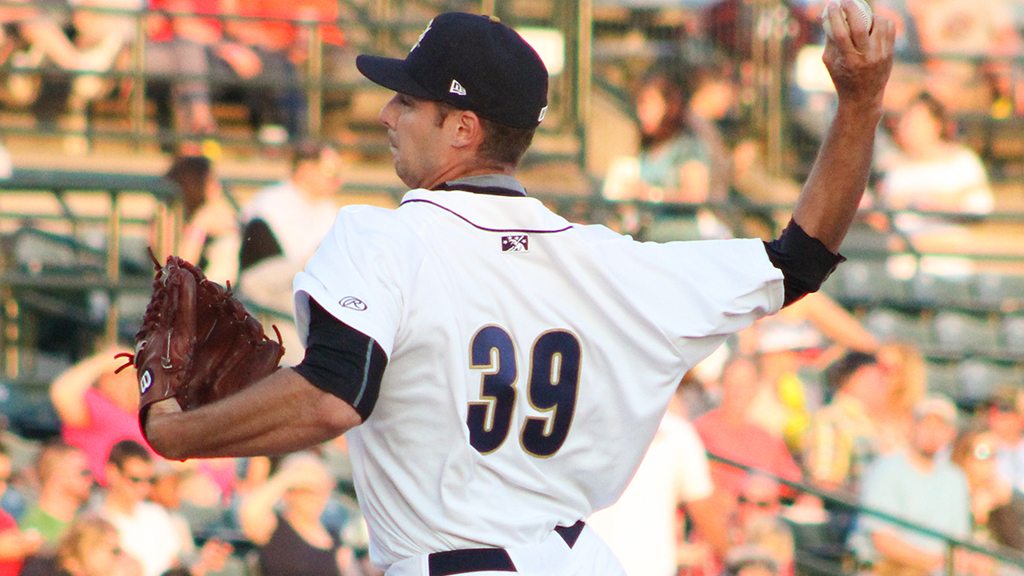 CHARLESTON, S.C. — The Charleston RiverDogs walked off with a 4-3 victory over the Asheville Tourists after a wild bottom of the ninth inning in front of 4,485 fans Tuesday night at Joseph P. Riley, Jr. Park.

Trailing 3-2, Bo Thompson began the inning with a single against the new pitcher Jerry Vasto (2-5). Austin Aune hit a one-out double to put runners on second and third for Donny Sands, who made his RiverDogs debut Tuesday.

Sands hit a ground ball to first base that was fielded by Josh Fuentes and thrown home. Thompson avoided the tag from the catcher Dom Nunez. While Asheville manager Warren Schaeffer bolted out of the dugout to argue the call, Sands broke for second base.

Nunez threw down to second base and the Tourists got Sands caught in a run-down. Meanwhile, Aune broke from third base and slid in safely to score the game-winning run.

Asheville (36-27 second half, 68-65 overall) jumped out to an early 2-0 lead in the top of the second. With runners on first and third with one, Wes Rogers drove in Dom Nunez with an RBI single to center. Max White scored from third later in the inning on a wild pitch by Matt Wotherspoon.

The Tourists extended their lead to 3-0 on Fuentes’ RBI double in the fifth. Charleston (29-35, 63-71) got on the board in the bottom half of the frame when Aune led off with a double and scored three batters later on Radley Haddad’s RBI single.

The RiverDogs cut the deficit to one by putting another run on the board the following inning. Vince Conde led off with a ground-rule double, advanced to third on Thompson’s groundout, and scored on a sacrifice fly to center by Isaias Tejeda.

Vasto blew his sixth save of the season and took the loss for Asheville. Dillon McNamara (5-0) kept his perfect win-loss record in tact by pitching a scoreless ninth inning to earn the win for Charleston.

The RiverDogs needed just 1,557 fans to pass through the turnstiles Tuesday to break the previous single-season attendance record of 284,718 set in 2007. The 2015 attendance mark has already surpassed that, standing at 287,647 with one more home game remaining.

BALLPARK FUN: Tuesday was Citadel Cadet Night at The Joe. Many cadets and alumni were in attendance, as well as the Summerall Guards who put on an incredible pregame performance in the outfield. The Cadet Chorale sang a beautiful rendition of the National Anthem, and the Regimental Commander threw out a ceremonial first pitch. Throughout the game, there were several pushup contests between cadets and Charlie T. RiverDog. Citadel cadet Kyle Busbee of Spartanburg, S.C., went home a lucky winner of a 1998 Honda Civic. The car has 285,000 miles on it and was the grand prize of a fan raffle in honor of the RiverDogs breaking the 285,000 mark in attendance this season.

COMING UP: The RiverDogs wrap up their five-game series against Asheville in the final home game of the season Wednesday at 6:35 p.m. Charleston will send RHP Anyelo Gomez (0-0, 0.00 ERA) to the mound against RHP Carlos Polanco (8-10, 4.11 ERA) for the Tourists. You can listen to the action on “The Big Talker” 1250 WTMA, WTMA.com, and RiverDogs.com or watch the game on MiLB.tv.

Wednesday is the final RiverDogs home game of the ’15 season, and we will be having a special ‘Thirsty Wednesday’ to celebrate with $1 beers in the Ashley View Pub presented by Budweiser. The RiverDogs will be honoring the best fans in the South Atlantic League throughout the game on Fan Appreciation Night, and parking will be free for everyone attending Wednesday’s game. This huge celebration is sure to be a BLAST with our last postgame fireworks show over the scenic Ashley River. The RiverDogs home jerseys will also be auctioned off during the game, with proceeds to benefit the Singleton Memorial Fund. In addition to Fan Appreciation Night, it will also be Employee Appreciation Night as two lucky gameday employees will be selected to win a $500 grand prize for their excellent work throughout the season. As we take the game’s final home game to appreciate our fans, we will also appreciate our hearts, as MUSC Health presents Heart Appreciation Night. Get free blood pressure screenings on the concourse and learn about what you can do to treat your heart correctly as we head into the offseason. Every Wednesday home game at The Joe is a HealthSouth Senior Wednesday, presented by MeTV. Seniors who enter the park before 6:30 p.m. receive a food voucher for a complimentary hot dog, 16-ounce fountain drink and bag of chips. It is also Hump Day presented by Magic 107.3.