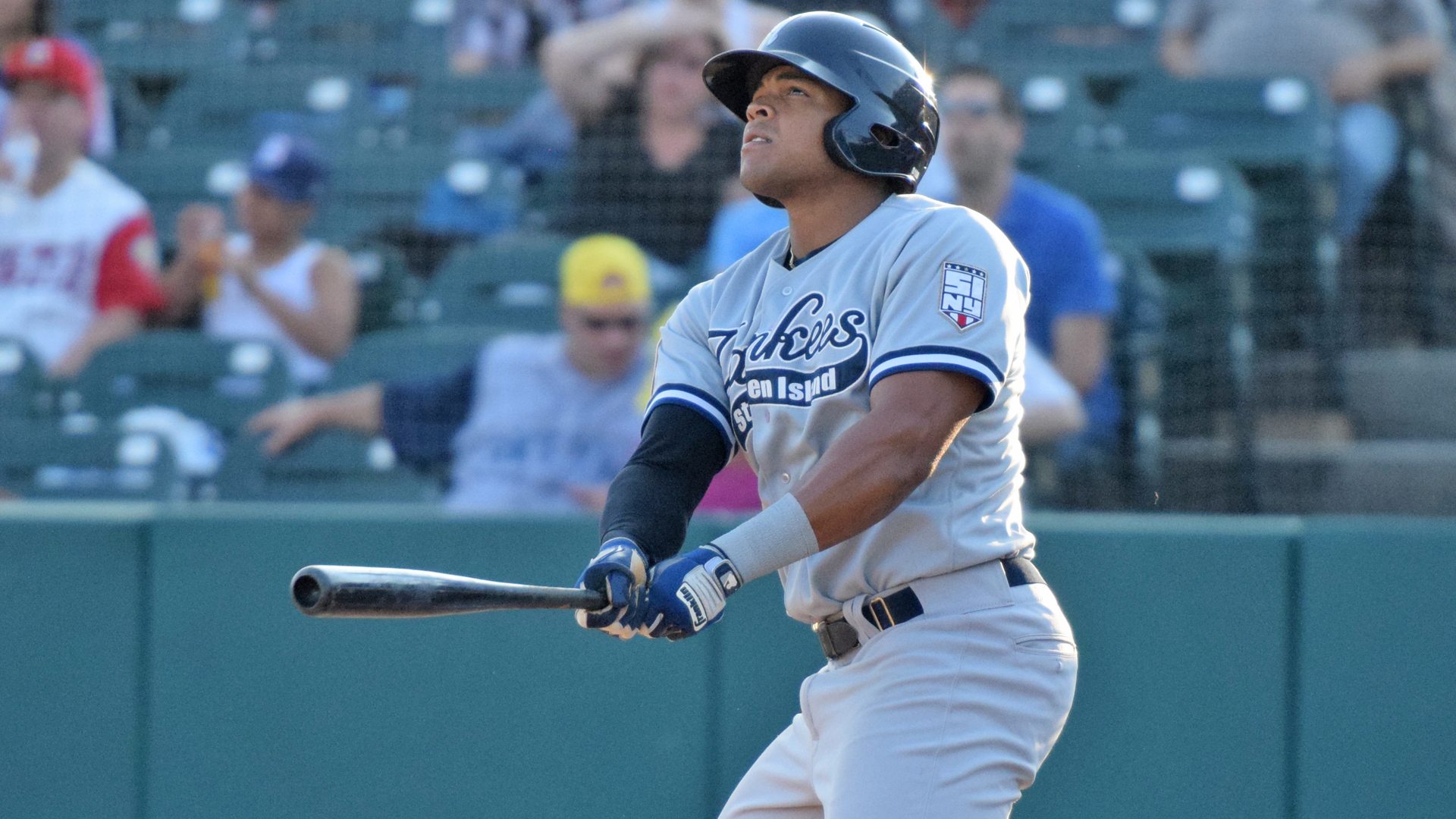 The Staten Island Yankees defeated the Mahoning Valley Scrappers to take the series and win their sixth consecutive victory to remain atop of the NY-Penn League.

Daniel Alvarez got the start for the Yankees and the right-handed allowed two runs, 1 earned, on three hits and striking out 2 of the 16 batters he faced.

Kyle Higashioka continued his rehab assignment, this time as the team’s designated hitter and batting second.

Those two runs came in the bottom of the third inning when a fielding error by Wilkerman Garcia allowed Jason Rodriguez to reach base.  Then Ernie Clement line a single that deflected off of Alvarez to second baseman Cody Brown.  Brown committed a throwing error that allowed Rodriguez to move to third.   Nolan Jones then cleared the bases with a triple to right, giving the Scrappers a 2-0 lead.

Staten Island tied the game up in the top of the sixth inning.  Kyle Higashioka hit a ground-rule double to left to start the inning then Jason Lopez worked a walk.  After two consecutive outs were made, Higashioka would score on a passed ball that also moved Lopez to third.  Kendal Coleman then lined a single to right to bring home Lopez and tie the game up at two.

The score would remain there until the top of the eighth inning when Timmy Robinson took a 2-1 pitch over the right field wall for his sixth home run of the season.

Will Jones took over on the mound for Alvarez in the bottom of the fifth inning.  He allowed just two hits and struck out a batter in three innings of work to earn the victory, his third of the season.  Josh Roeder pitched the eighth and ninth inning to earn his first save allowing just a hit and striking out three.

The Staten Island Yankees will go for the series sweep on Sunday before enjoying a couple of days off for the NY-Penn League All-Star Break.  As of press time, the Yankees will have zero representatives in the All-Star Game, despite having the best record in the league.