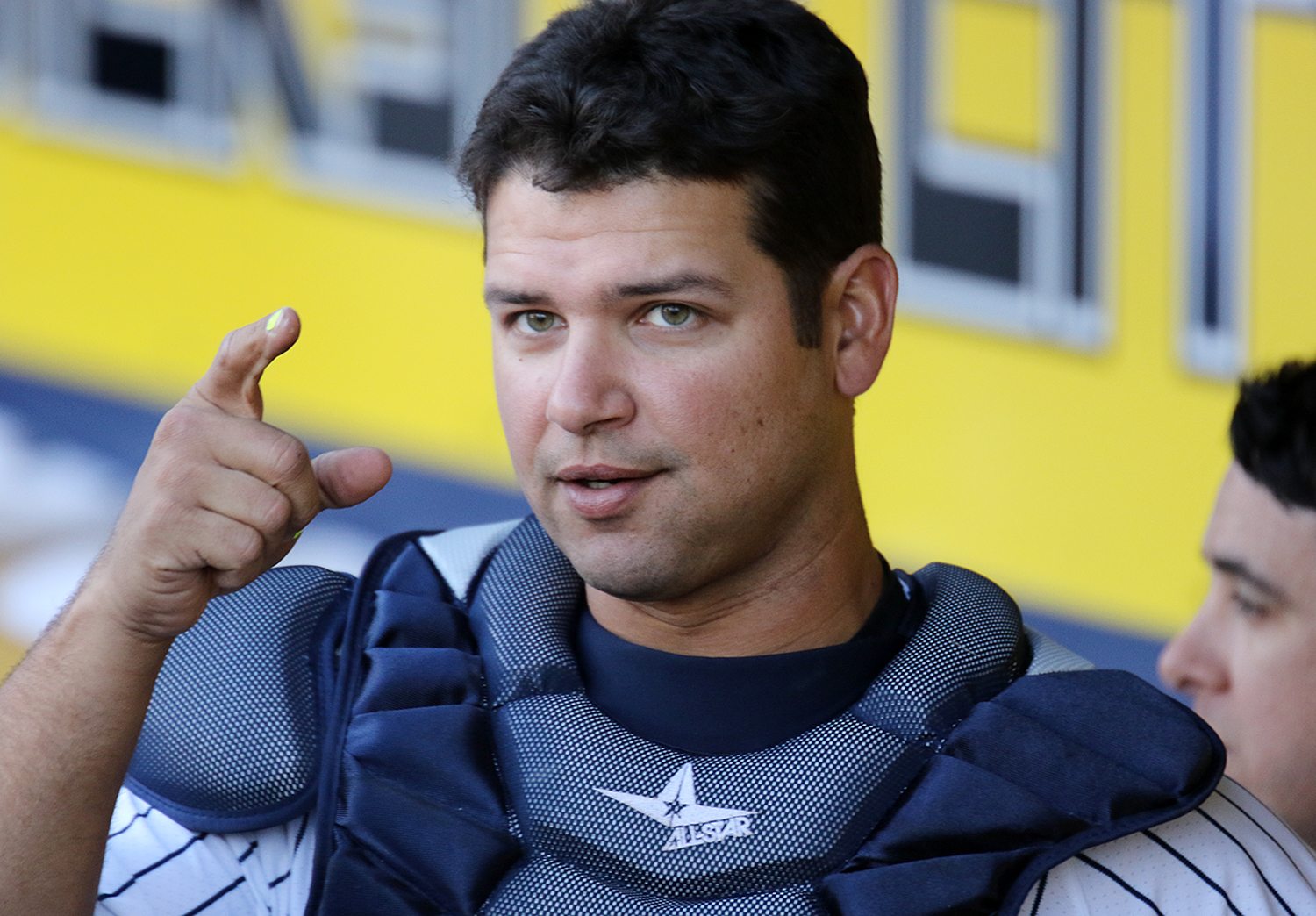 Scranton/Wilkes-Barre RailRiders catcher Eddy Rodriguez in the dugout before a game against the Buffalo Bisons at PNC Field in Moosic, Pa. on Wednesday, April 20, 2016. The Bisons won the game 8-1. Photo by Martin Griff

It was a wild night in Moosic, but Eddy Rodriguez allowed those who had stayed to enjoy it in grand style. Rodriguez blasted a 2-1 pitch from Pawtucket’s Brandon Workman over the left field fence in the bottom of the 12th inning for a walk-off grand slam, giving the RailRiders a 8-4 victory.

“My goal was to get something out to the outfield.”, said Rodriguez. “I am a fly ball hitter. I knew if I was aggressive I could get the ball up in the air. Obviously, it worked out a little better for me.”

Rodriguez finished the night 2-5 and caught all 12 innings of a marathon that he was not supposed to be starting in. Kyle Higashioka was an early afternoon scratch after feeling some discomfort in his left side. The extent of his injury is not yet known.

The RailRiders bullpen also deserves a great deal of praise based on their performance. Right-handed pitchers Tyler Jones and Ernesto Frieri pitched a combined six innings while racking up eight strikeouts. Frieri allowed the only hit between the two of them.

“It was kind of video gamish. I would set up and dot dot dot. You don’t get that very often.”, told Rodriguez about Jones and Frieri.

Caleb Smith started the game and went five innings allowing three runs. None of his runs were earned due to an error by Tyler Wade in the third, who despite his error, played a major role in the victory. Wade finished 2-4 with a home run, two walks, a stolen base, and three runs scored.

Dustin Fowler also had a monster offensive game finishing 4-5 with a walk. It was Fowler who tied the game in the ninth inning with his team trailing by one run. With two outs in the bottom of the ninth and Wade on first, Fowler hit a high but shallow fly ball into an area that no one could get to behind third and down the left field line. Wade, off with the pitch circled the bases and scored relatively easy as Pawtucket’s left fielder, Ryan Court hustled after the ball.

“Both guys are doing a great job and that is what you want to see from the top of the lineup.”, said manager Al Pedrique. “They have improved their on base percentage, taking walks, working deep counts, and put pressure on the defense.

With this dramatic victory, the RailRiders improve to 19-16, but will not let this comeback win make them forget to turn the page and get ready for tomorrow.

“A game like this obviously energizes everybody.”, said Rodriguez. “The best thing about baseball is tomorrow this W is behind us. We are onto the next game.”