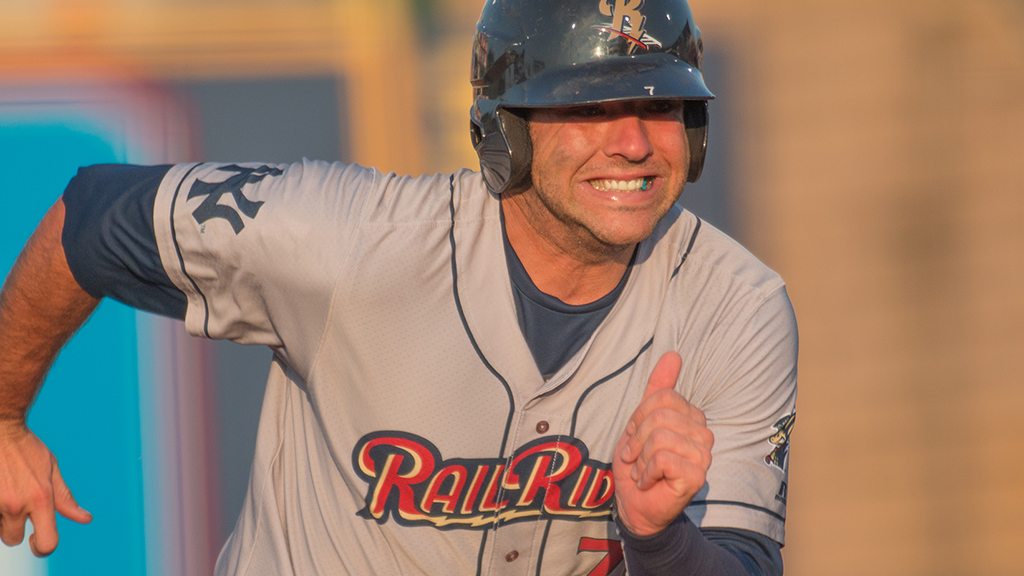 Moosic, Pa. – Scranton/Wilkes-Barre RailRiders (Triple-A/New York Yankees) catcher Austin Romine and first baseman/DH Kyle Roller have been named to the 2015 International League All-Star team. The duo will represent SWB in the 28th-Annual First National Bank Triple-A All-Star Game, presented by Gildan, on July 15 in Omaha, Neb. The exhibition between the best of the IL and the Pacific Coast League will be broadcast live from Werner Park on MLB Network, American Forces Network, MiLB.TV and the Triple-A All-Star Game Radio Network beginning at 8 p.m. ET.

The 2015 International League All-Star squad is made up of 13 elected players who have received the most votes from ballots submitted by club’s field managers and general managers (1/3), members of the media (1/3), and online fan voting (1/3). The elected players are joined by 17 additional All-Stars selected by the International League office. Each of the IL’s fourteen clubs will be represented in Omaha.

Both Romine and Roller were selected to the team. Romine enters today on a 17-game hitting streak, tied for the longest string of swinging success in the league all season. He has hit .371 (26-for-70) over his run with 16 RBIs. He ranks sixth among the loop’s catchers in caught-stealing percentage and has nabbed the third-highest total of would-be base stealers among the ranked backstops. Roller leads the team and ranks among the IL’s best in home runs (12, T-4th), RBI (43, T-5th), walks (41, 2nd) and HR/AB ratio (1:22.25, 5th).

Following last year’s 7-3 victory in the Triple-A All-Star Game, the IL owns a 10-7 advantage in the 17 years since the event changed to the current IL vs. PCL format. The winning league this season will once again earn the right to have its champion play as the “home team” at the Gildan Triple-A National Championship Game which will take place Tuesday, Sept. 22 in El Paso, Texas.

The RailRiders return to PNC Field for a six-day, seven-game homestand starting on the Fourth of July against the Buffalo Bisons (Toronto Blue Jays) at 7:05 p.m. Fans 18 and over will receive a voucher for a scratch-off ticket courtesy of the PA Lottery which will also present a post-game fireworks extravaganza. On Sunday, July 5 a day-night doubleheader will have separate nine-inning games at 1:05 p.m. and 7:05 p.m. The first 2,500 fans in attendance for the Sunday nightcap will receive a Rob Refsnyder bobblehead, presented by Keystone Sanitary Landfill. For more information please call (570) 969-BALL (2255) or visit swbrailriders.com.