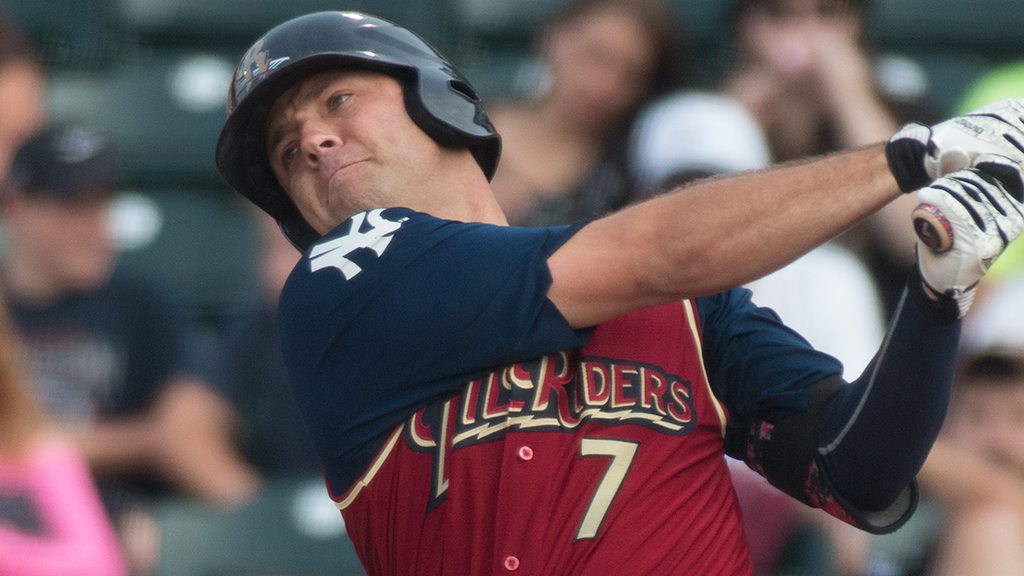 MOOSIC, Pa. – The SWB RailRiders  and Rochester Red Wings went toe-to-toe for 14 innings before Austin Romine forced a single up the middle to score the winning run in a 3-2 standoff on Friday night at PNC Field. The victory allowed the RailRiders (71-55) a 5.5 game cushion over the Red Wings (66-61) in the International League North Division.

Michael Pineda fired 62 pitches, 45 for strikes, across 4.2 innings in the rehab start for SWB. The right-hander is coming off a right forearm strain. He allowed a run on three hits while striking out three.

Andury Acevedo (1-2) grabbed the win after pitching a scoreless top of the 14th. Adrian Salcedo (0-1) shouldered the loss. The righty allowed a run on three hits in two-thirds of an inning.

The Red Wings struck the first blow in the second frame when Kennys Vargas doubled and scored on a bloop single by Danny Ortiz. Rob Refsnyder knotted the score at one apiece in the bottom of the third by plating Gregorio Petit on a sacrifice fly to deep left.

The game stayed tied until the top eighth when James Beresford roped a double inside third to score Eric Fryer. SWB responded once more by squaring the game 2-2 on a single to center by Gary Sanchez.

The bullpenners exchanged scoreless frames until the last of the 14th. With one away, Taylor Dugas singled and advanced to third on a hit-and-run by Cole Figueroa. After a groundout to third by Petit, Romine shot a broken-bat squibber past shortstop Danny Santana to bring around Dugas.

The RailRiders have a chance at the series win over the Rochester Red Wings (Minnesota Twins) on Saturday night. Right-hander Kyle Davies (8-7, 3.41) will oppose right-hander Michael Bowden (9-3, 2.57). It’s “Breast Cancer Awareness Night” at PNC Field with a first pitch set for 7:05 p.m. The RailRiders will host “Mariano Rivera Day” on Thursday, September 3rd, against the Buffalo Bisons (Toronto Blue Jays) with an appearance by the Yankees’ legendary closer himself. For more information please call (570) 969-BALL (2255) or visit swbrailriders.com.