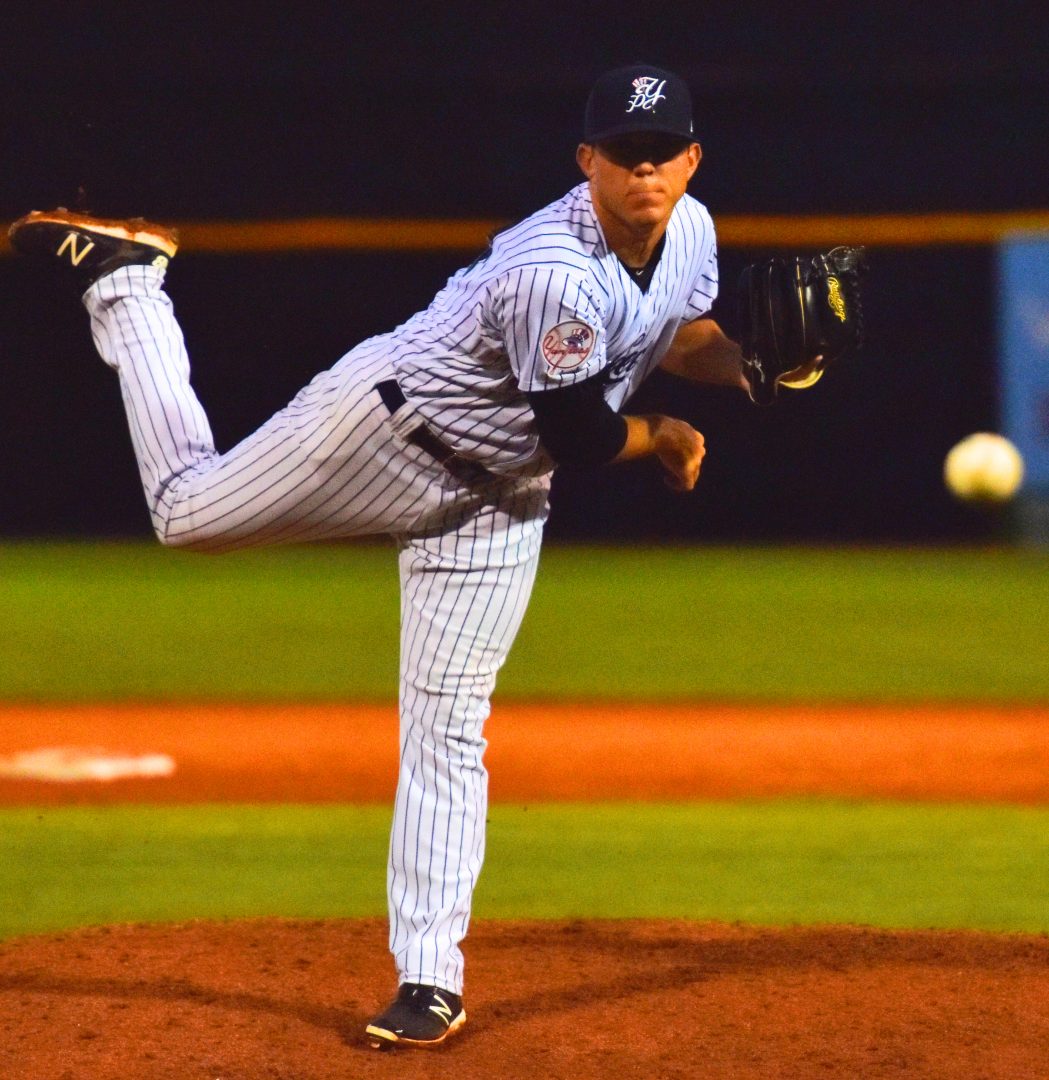 First impressions are everything.

And you would be hard-pressed to match the first impressions that Eric Wagaman and Matthew Wivinis made with the Pulaski Yankees on Thursday night.

In their professional baseball debuts, Wagaman paced the Yankees’ offense as he finished the evening 2-for-4 with two mammoth home runs and six RBIs. While Wivinis (1-0) took the ball from Pulaski starter Rony Garcia and went two and 1/3 innings where he faced eight batters and struck out six – including the first five he faced – and did not surrender a hit, run, or walk.

Their efforts led the Yankees to a 7-2 victory over the Princeton Rays (0-1) in the team’s season opener in front of a sold-out crowd at home.

“The swings that he showed us in extended spring training, it was a good compact swing,” said Pulaski manager Luis Dorante of Wagaman. “He uses all fields, and that’s impressive for a guy with that kind of power. So, we think he’s a good addition to our club and hopefully he can continue to do this.”

“He’s incredible,” he added about Wivinis. “He’s a guy that’s always around the zone and he knows how to use his sinker and slider effectively.”

Pulaski’s offense had a slow start as the rain fell early and often at Calfee Park. The Yankees were limited to one hit through the first three innings. However, Garcia was sharp on the bump for Pulaski, and he kept his team in the game.

Garcia went five and 2/3 solid innings, where he scattered six hits and walked only one while striking out six. The only mistake Garcia made came in the fourth inning and it resulted in a two-run home run that put the Rays ahead 2-0.

“Rony threw the ball well,” Dorante said of his starter. “I think he just got a little tired at the end. He let a couple of guys get on base. But I thought he threw the ball really well.”

With two runners on and two outs in the sixth, that is when Wivinis got the nod out of the pen and he made quick work of the next Princeton hitter.

“We were down 2-1 when I first went in there so I was just making sure I didn’t let up those two runs that were on base,” said Wivinis, who finished with 40 pitches – 28 of which were for strikes. “So, it was nice to save those runs.”

“I think he was the key to the game right there,” Dorante said. “He shut it down with a runner on first and second and two outs, and then he came back out and threw two other shutout innings.” 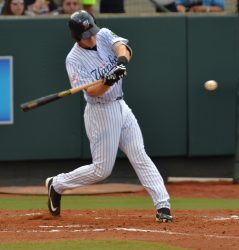 In the bottom half of the sixth inning, momentum quickly swung back into Pulaski’s favor. The Yankees put runners on second and third base with no outs, and after an RBI groundout by Andres Chaparro tied the game at two, Wagaman stepped to the plate with two on and one out.

“I was just trying to look for something over the plate and I was trying to stay the other way with it, but he threw a change-up there and I happened to be able to sit back on it,” the Yankees’ first baseman said. “I hit it to left instead of to right so it worked out. My timing was still there and it went out.”

The three-run blast put Pulaski up 5-2 and the team did not look back as Wivinis retired the next four batters he faced, and the only base runner he allowed reached on a fielding error in the eighth inning.

“I was just excited,” the reliever said. “I’ve been waiting for this for a while. It’s a good feeling to get out there and get a little bit of experience. The team played great, I had a lot of confidence in everybody playing defense behind me so I was just trying to throw strikes and luckily they missed a couple of times so it worked out in my favor.”

Wagaman stepped to the plate again in the bottom of the eighth inning and this time with one on and one out he launched a 2-2 offering over the fence in the deepest part of the ballpark to all but seal the victory for Pulaski.

“I was still trying to go to right field there because I could feel myself pulling off on a couple of my swings before that, and he just happened to leave that pitch right over the plate,” Wagaman said. “I got my arms extended and it went out.

“I heard there was going to be a big crowd today, and I never really played in front of a big crowd before. So, I was excited about that, and I think the work we did down in Tampa definitely helped me out a lot here tonight.”

Pulaski will now look to secure a season-opening series win against Princeton on Friday at Calfee Park. First pitch is set for 7 p.m.

“I’ve never had six RBIs in a game before. Going forward I just want to stay consistent and stay relaxed,” Wagaman said. “It’s very important to get off on the right foot. You know, I just met all the coaches and you don’t want to make a bad impression with them obviously. We’re all trying to move up through the system and I think making a solid first impression goes a long way, so I’m glad I did.”