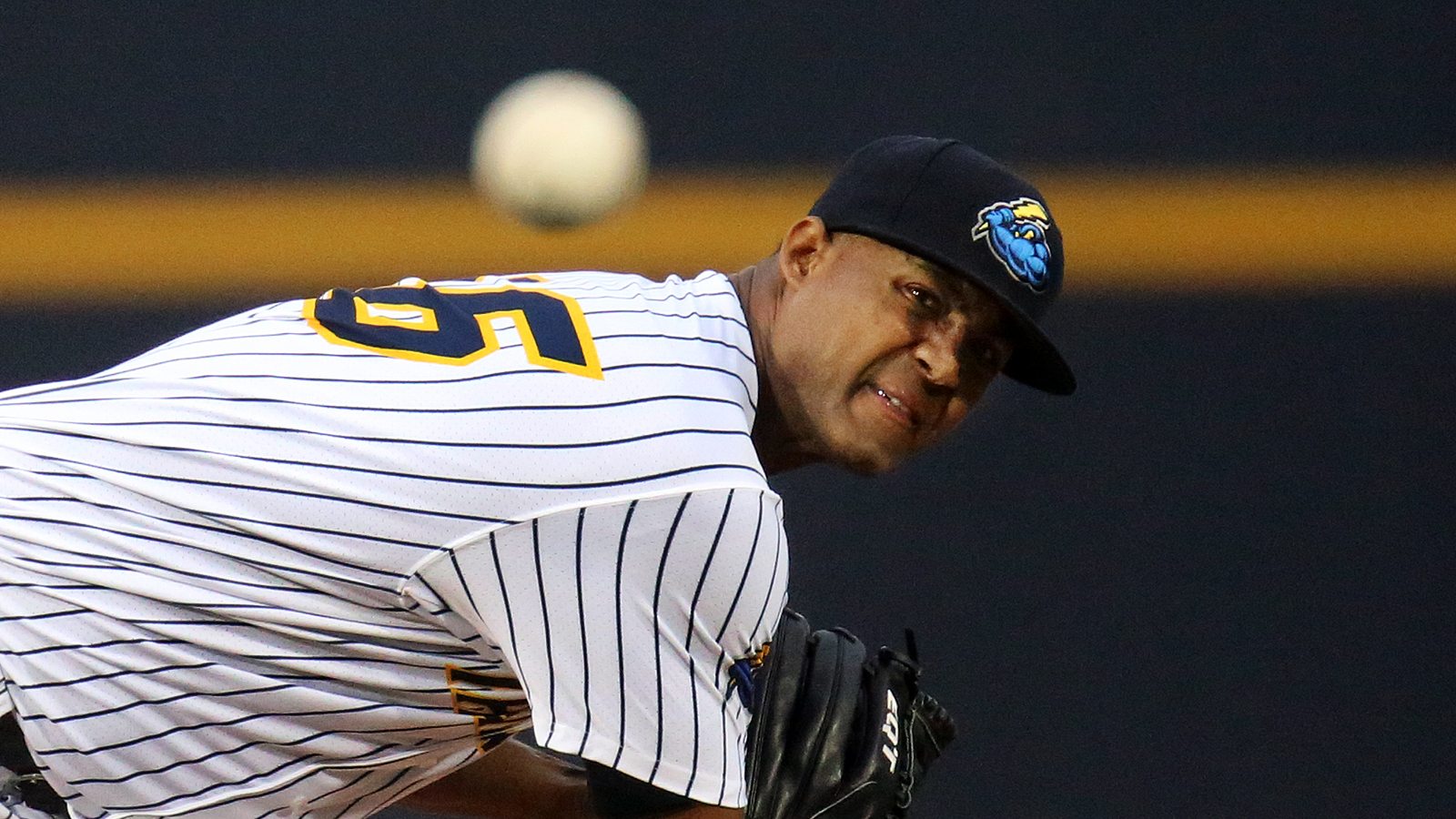 According to sources, Domingo German will once again be brought up to the New York Yankees to take CC Sabathia’s roster spot. Sabathia has a grade 2 hamstring injury and a short DL stint is expected. German, 24, made his Major-League debut earlier this week, before returning to Scranton. German is expected to work in tandem with Chad Green to cover any starts that Sabathia will miss.

The corresponding roster moves will result in some very deserved promotions. The upper levels of the Yankees system is stacked, which is preventing players from moving up. This unfortunate injury is going to open up the door for an opportunity for several young players.

Domingo Acevedo will move from the Trenton Thunder rotation up to the Scranton RailRiders. The hard throwing 23-year old is 2-4 with an ERA of 3.25 between Trenton and Tampa so far this season. He has struck out 83 in 74.2 innings pitched. He ranks as Pinstriped Prospects’ number 9 player in the Yankees’ system. The Dominican Republic native’s fastball has been clocked as high as 103 MPH.

Raynel Espinal is moving south to Tampa. For the Charleston RiverDogs, the 23-year old has gone 2-1 with a minuscule ERA of 1.16. Espinal has struck out 44 in his 38.2 innings.