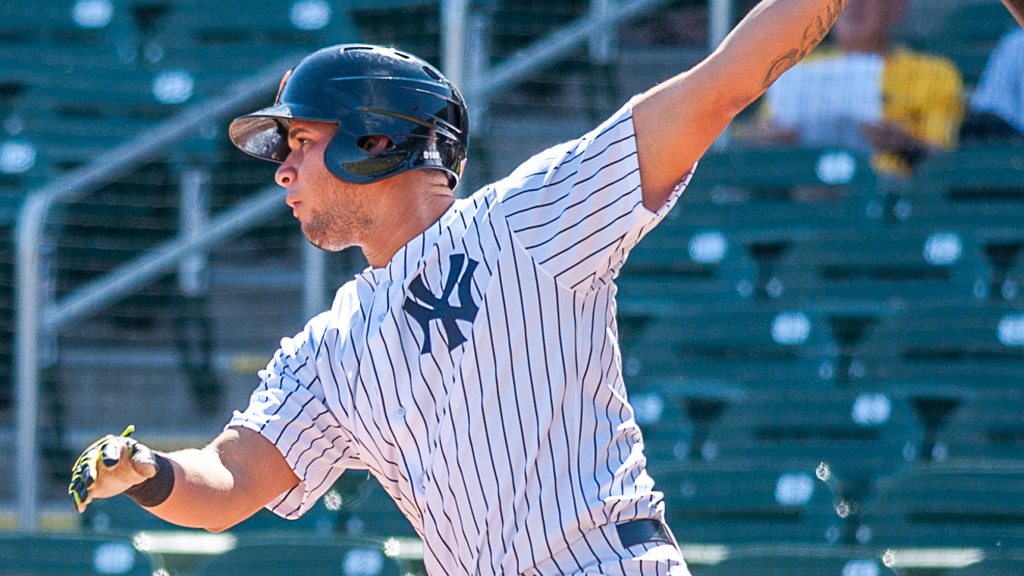 Another game in the Arizona Fall League and another 3 hits for New York Yankees prospect Gary Sanchez.  The right-handed hitting backstop now sits atop of the AFL with 12 hits and 10 RBIs while currently tied for first in the league in homeruns with 3.

The big night increased Sanchez’s batting averages for the season to .480, the fourth highest in the league.  His first hit came in the top of the first inning with 2-men on and 1-out he lined a single to left field to earn the first RBI of the night.  After grounding out in both the third and fifth innings he would come up again in the eighth to send a sharp ground ball through to left-field for his second single of the night.

The third and final base hit came in extra innings as in the top of the 10th inning Sanchez led off with a ground ball single to right field.  After he moved over to second base on a sacrifice bunt he was taken out of the game in favor of a pinch-runner.  That pinch runner was fellow Yankees prospect Tyler Wade.  Wade moved to third after a ground out and went on to score the winning run after a 2-out single brought him home.

Right-handed pitcher Domingo Acevedo made a 1-inning relief appearance, stepping on the mound to start the fifth inning.  After hitting a batter then allowing a stolen base a single and another stolen base he would get out of the inning with a pop up, strike out and a fly out to keep his season ERA at 0.00.