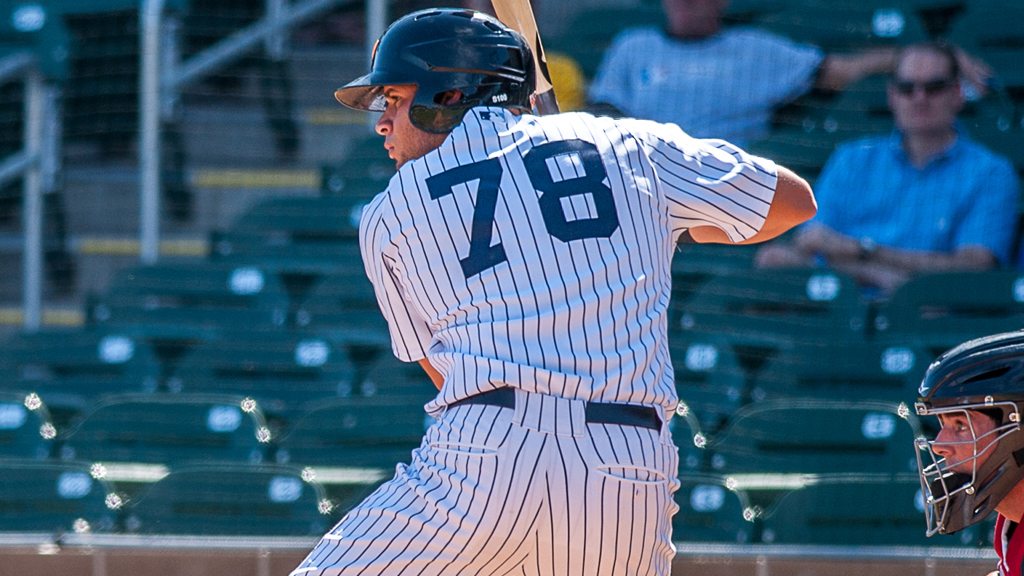 After a scheduled day off Gary Sanchez was back out there on Saturday for the Surprise Saguaros and was back to form.  In his last game he was held hitless but this time out he went back to his hitting ways going 2-for-4 with a double and homerun.  He was joined in the starting lineup by fellow Yankees prospect Dustin Fowler.

Both Sanchez and Fowler got up to the plate in the bottom of the first inning but neither were able to get on base.  Sanchez lined a shot right at the left fielder while Fowler flew out to left field.

Gary’s and Dustin’s next time at the plate came in the bottom of the fourth inning.  Sanchez started it off sharply grounding out to short on a 2-0 count for the first out of the inning.  After Bubba Starling singled Dustin Fowler struck out swinging.

In the bottom of the sixth Sanchez earned his first hit of the night on a sharp line drive he sent to right field for an RBI double. The first pitch he saw of the at bat he sent foul, then held back on two pitches outside the zone before a called strike evened the count at 2-2.  After the fifth pitch was out of the zone he had a full count and got the pitch he needed for the double.

After Bubba Starling was hit by a pitch Dustin Fowler would ground into a force out at second, moving Sanchez to third.  Fowler then stole second base for his fourth stolen base of the Arizona Fall League season.

Gary came up the plate again in the bottom of the eighth inning.  After looking at a ball outside of the zone he liked the next pitch, swinging and sending a fly ball over the left field fence for his AFL leading sixth homerun of the season.