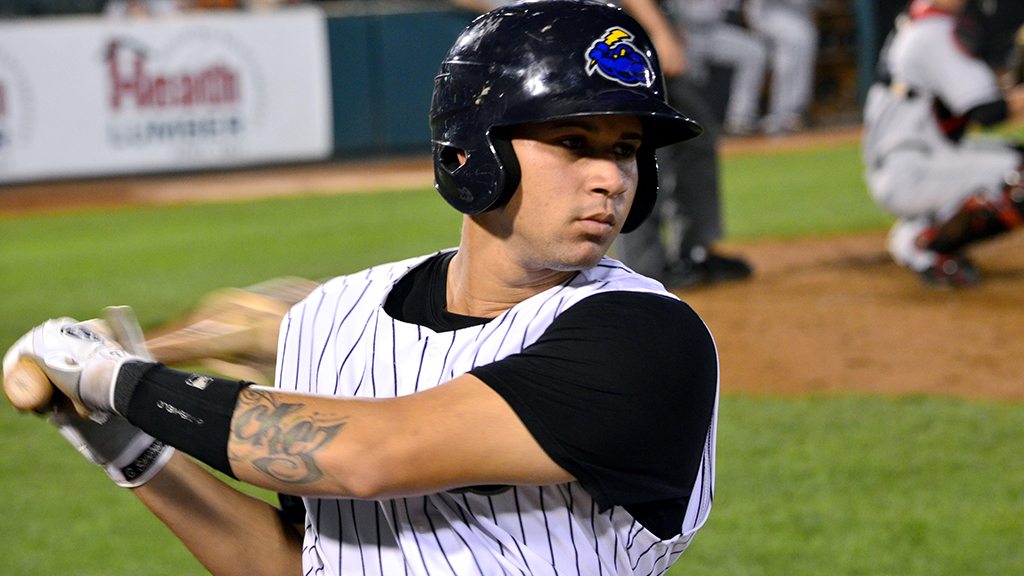 LOUISVILLE, Ky. – The last highly regarded New York Yankees prospect who started with the Double-A Trenton Thunder has made his way to Triple-A Scranton/Wilkes-Barre.

Catcher Gary Sanchez was promoted Saturday, with infielder Dan Fiorito returning to the Thunder, according to the Yankees. The move was made in conjunction with Austin Romine heading to the 7-Day DL with a thumb injury.

Sanchez entered the season as the No. 5 prospect in the Yankees system according to Baseball America and recently participated in his second Eastern League All-Star Game and was the starting catcher for the World Team in the Sirius XM Futures Game at Great American Ballpark in Cincinnati, OH.

He smacked a three-run homer in his first Triple-A plate appearance, but his RailRidersfell to the Louisville Bats (Cincinnati Reds) on Saturday night, 6-3. The RailRiders’ (50-45) best winning streak in over a month halted at three in a row. The Bats (46-49) posted their first win since the All-Star break.

Sanchez crushed his 13th home run overall including his time at Double-A Trenton to provide the only SWB runs on the night. After allowing the round-tripper, Louisville starter David Holmberg (6-6) settled en route to seven innings of work, a quality start and his second win in as many starts against the RailRiders.

Louisville deadlocked the game in the second inning against starter Bryan Mitchell. Sent down from the bigs earlier in the day, Mitchell allowed a home run to Ryan LaMarre to start the second while Hernan Iribarren and Irving Falu delivered run-scoring contact later in the frame to tie it up.

Mitchell left a draw after 2.1 innings. He allowed three runs and four hits while walking two and tossing a wild pitch.

Sanchez is batting 13-for-38 (.342 AVG) over his last nine games, including five doubles and four home runs. His four homers came during a Four-game HR streak from 7/3-7/7, which marked the first time since Austin Jackson in June 2008 that Thunder batter had homered in four straight games.

Sanchez’s work with pitchers and running a game have improved. His offense was never in question. The move leaves Francisco Arcia. a solid catcher in his own right who has even somewhat overlooked by many observers, ad veteran Eddy Rodriguez.

Since the season began, among top prospects, pitchers Luis Severino, Nick Goody and James Pazos have been promoted from Trenton to Scranton, as have infielder Greg Bird and outfielder Aaron Judge.